Love is in the air as ABC celebrates Valentine's Day 2017! Get ready for some heartwarming specials, laugh-filled new episodes and many more special treats during the month of February. Yes, love is all around when classic Charlie Brown specials, ABC's comedies, General Hospital and The Chew celebrate the most romantic time of the year, Valentine's Day. Below are highlights of specials and episodes scheduled for February. All times are EST. Be sure to watch 'em all with someone you love or at least someone you like a lot! But first, check out these memorable romantic moments from Modern Family!

FRIDAY, FEBRUARY 3
Dr. Ken – "A Dr. Ken Valentine's Day" – Ken lets Allison, who is second-guessing her decision to have a low-key Valentine's Day, think that a love poem Dave wrote for his sweetheart, Emily (guest star Zooey Jeong, Ken Joeng's real-life daughter), is meant for her. Meanwhile, Molly and Jae consider Valentine's Day a corporate concoction; Clark plans a romantic scavenger hunt to lead Connor to his present; and complications arise when Damona and Eric have dinner at a restaurant that she and Pat once frequented when they were dating. (8:31-9:00 p.m.)

WEDNESDAY, FEBRUARY 8
The Goldbergs – "Agassi" – Adam feels like he's losing his best friend, Chad, so he attempts to join the tennis team. When Chad picks Dave Kim as his partner, Adam vows to take him down with Barry in a tennis match, channeling Andre Agassi. Meanwhile, with the help of Beverly, Erica deals with her post-break up depression just in time for Valentine's Day. (8:00–8:30 p.m.)

Speechless – "V-A-L—VALENTINE'S D-A–DAY" – Maya attempts to give Jimmy a Valentine's Day gift, with the help of his old roommate and her ex-fiancé (guest star Ken Marino as Ethan). Ray is elated to find out he has a secret admirer, but will he learn the truth of who it is?  Meanwhile, JJ is in charge of distributing candy-grams, which proves challenging for both he and Kenneth. (8:30-9:00 p.m.)

Modern Family – "Do You Believe in Magic?" – Fearful that the romance between him and Claire is fizzling, Phil calls upon his alter ego, Clive Bixby, to get Valentine's Day back on track. Jay shows a bit of child favoritism when he and Gloria must deal with Joe's inappropriate Valentine gift-giving and Manny's dating indecisiveness. When Cam and Mitch empower Lily, Haley and Sal (Elizabeth Banks) to stand up for themselves to the men in their lives, things don't turn out quite as planned and in fact go a little overboard. Alex discovers she has a secret admirer who may be a little too involved with the family. Nathan Fillion and Elizabeth Banks guest star.  (9:00-9:31 p.m.)

black-ish – "The Name Game" – Dre and Bow have a gender reveal party, and Dre is thrilled because it's his turn to name the baby. He decides on a culturally significant name that Bow and Ruby aren't a fan of. Meanwhile, Zoey's plan to have an anti-Valentine's Day with her friend Shelly is thwarted when Junior asks Shelly out on a date, so Diane tries to fill in as Zoey's BFF. (9:31-10:00 p.m.)

FRIDAY, FEBRUARY 10
Be My Valentine, Charlie Brown, the 1975 special produced and animated by the same team that gave us the now classic holiday specials and taken directly from the late cartoonist Charles M. Schulz's famed comic strip, will air with the classic A Charlie Brown Valentine.  In Be My Valentine, Charlie Brown, hearts are fluttering on Valentine's Day at Birchwood School, and Linus has brought a huge box of candy for his homeroom teacher. Thinking that the candy is for her, Sally reciprocates with a homemade card for Linus. Meanwhile, Lucy demands some affection from Schroeder, and Charlie Brown waits for his cards in the mail… and waits… and waits. In A Charlie Brown Valentine, Charlie Brown finally works up the courage to call the little red-haired girl to ask her to the Valentine's Day dance. But once again he ends up broken-hearted and empty-handed when he dials the wrong number and reaches Peppermint Patty instead. (8:00-9:00 p.m.) 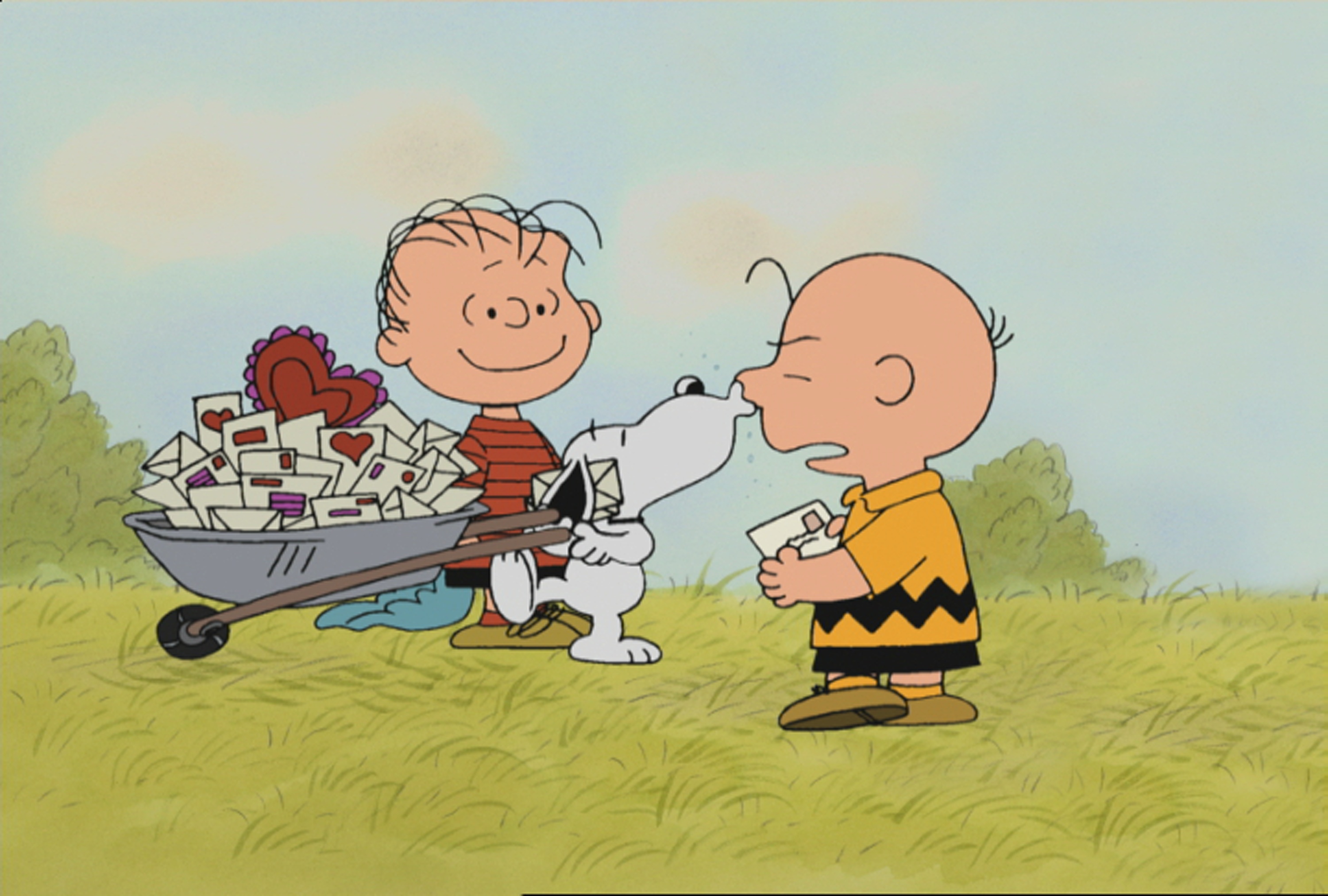 WEEK OF FEBRUARY 13
General Hospital – On General Hospital, love is in the air in Port Charles as Kiki and Dillon make another attempt at a romantic first date.  Meanwhile, Anna seizes an opportunity to put one over on Valentin, and the custody battle clouds Valentine's Day plans for Lulu, Dante, Maxie and Nathan. (2:00-3:00 p.m.)

TUESDAY, FEBRUARY 14
The Chew – The Chew has a Valentine to its viewers with sumptuous recipes for your sweetheart that won't break the bank and will have your taste buds swooning. (1:00-2:00 p.m. EST/check local listings)

American Housewife – "Time For Love" – Katie's least favorite holiday is Valentine's Day, but her desire for a low-key approach is overridden by Greg's over-the-top romantic gestures.  Meanwhile Oliver has an expensive gift for the girl he's crushing on, and Taylor tries to put one over on her parents in order to attend a Valentine's Day party. (8:30-9:00 p.m.)

Fresh Off the Boat – "Neighbors with Attitude" – Jessica is disappointed to learn that she is excluded from the Neighborhood Watch, because she has the reputation of not being a team player.  But when Ann's son goes missing, Jessica proves that her independent security measures work better than everyone else's.  Meanwhile, Eddie sets the stage for the perfect first kiss with Alison, on a special Valentine's Day-themed episode. Courtney Thorne-Smith ("Melrose Place") guest stars as Ann. (9:00–9:30 p.m.).

TUESDAY, FEBRUARY 28
The Real O'Neals – "The Real Heartbreak" – Devastated by his break-up with Brett, Kenny tags along with Pat and Jimmy to a Lonely Hearts happy hour, but when they try to use Kenny's sadness to get attention from single ladies, Kenny inadvertently steals the show. Meanwhile, Eileen shuns the usual Valentine's Day traditions until a chance encounter changes her mind (9:30–10:00 p.m.)