For the second consecutive year, Good Morning America co-anchor Robin Roberts and ABC late-night host Jimmy Kimmel joined forces on a one-hour prime-time special to pay tribute to the legendary stars and icons the world lost this year and the legacies they left behind. 2018: In Memoriam celebrates icons who passed away with tributes from those who knew them best. The one-hour prime-time special aired Monday, Dec. 17 (10:00 – 11:00 p.m. EST) on ABC. Watch on the ABC app from your smartphone and tablet (iOS and Android), computer on ABC.com and connected devices (Roku, AppleTV and Amazon Fire TV) 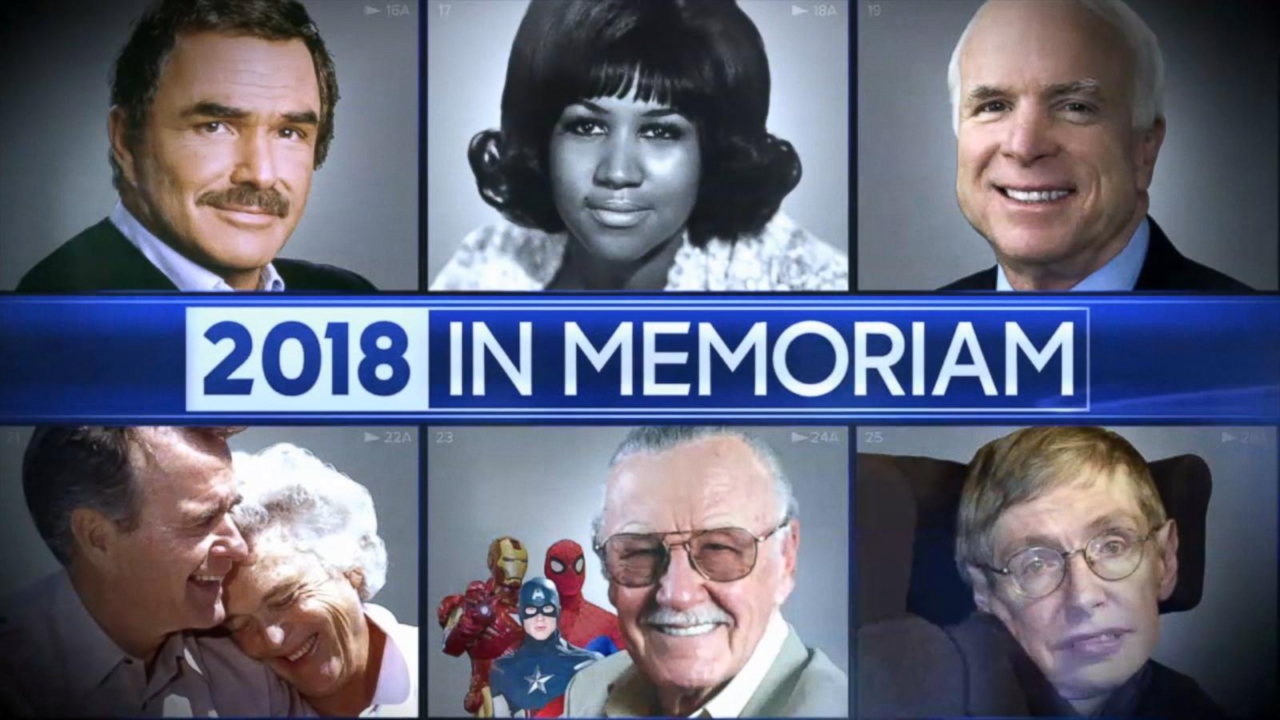 "What I appreciate about the special is you not only celebrate the lives and legacies of these iconic figures, but you learn even more about them through their friends and family. It's a wonderful way to honor their memory," said Robin Roberts, co-anchor, Good Morning America. "I totally agree with what Robin said," concludes Jimmy Kimmel, host of Jimmy Kimmel Live! Jimmy Kimmel, Robin Roberts and John R. Green are the executive producers of "2018: In Memoriam" with co-executive producer Seth Weidner and senior producer Evelyn Seijido. It is a co-production of Lincoln Square Productions, Rock'n Robin Productions and Smoking Baby Productions.