The Making of Episode 611: Under Fire


"During post production Visual Effects augments the practical 'fire' lit by SPFX on the day of shooting.
The orange area indicates the fire beyond which is to be done in Post by Visual Effects."
-Alfred Sole, Production Designer- 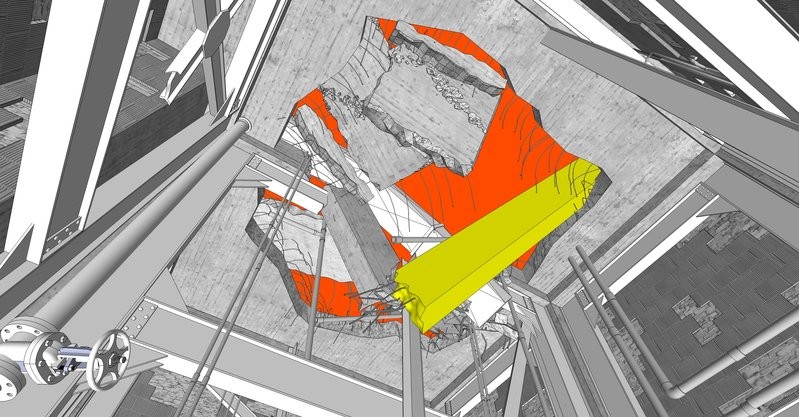 "This is our Gaffer who lights the sets, our Grip who moves the walls and our SPFX guy who sets the fires.
In this photo they are discussing how not to melt the lights.
The shaft is 20' deep and narrow so all of their equipment had to go in the same spot up top."
-Alfred Sole, Production Designer- 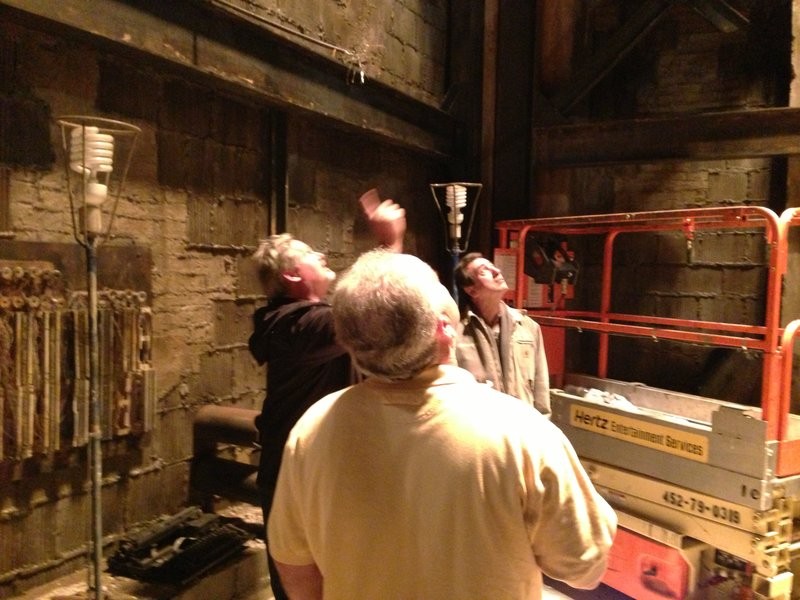 "This is the crime scene burn set. Sometimes sets like these are harder to do than an actual finished sets. We had to build this one first and then destroy it. Believe it or not there were many many hours of scenics painting walls to make them look burnt and scorched. We also had to actually burn a lot of stuff, furniture etc. We started on the studio lot until people started complaining about the smell and moved everything being burned to a different location. I'm really proud of this set. I think it cane out great."
-Alfred Sole, Production Designer- 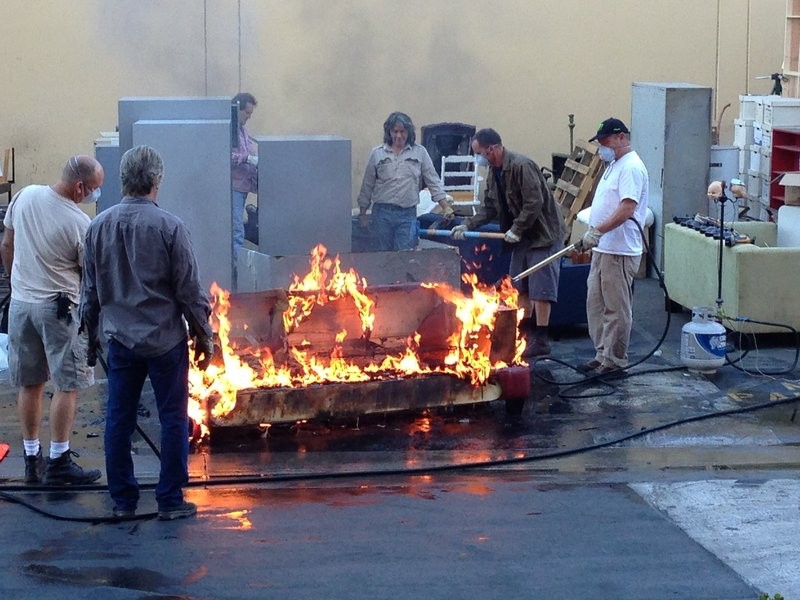 Watch the Ryan's emotional phone call with Jenny when he's trapped in this burning crime scene:

Head to the "Making of Episode 611: Under Fire" photo gallery for more quotes from Alfred and behind the scenes pictures of the crime scene burn set!