DANCING WITH THE STARS: LIVE!  'DANCE ALL NIGHT TOUR'

Due to Popular Demand, New Shows Added and Special Guest Stars to Be Announced 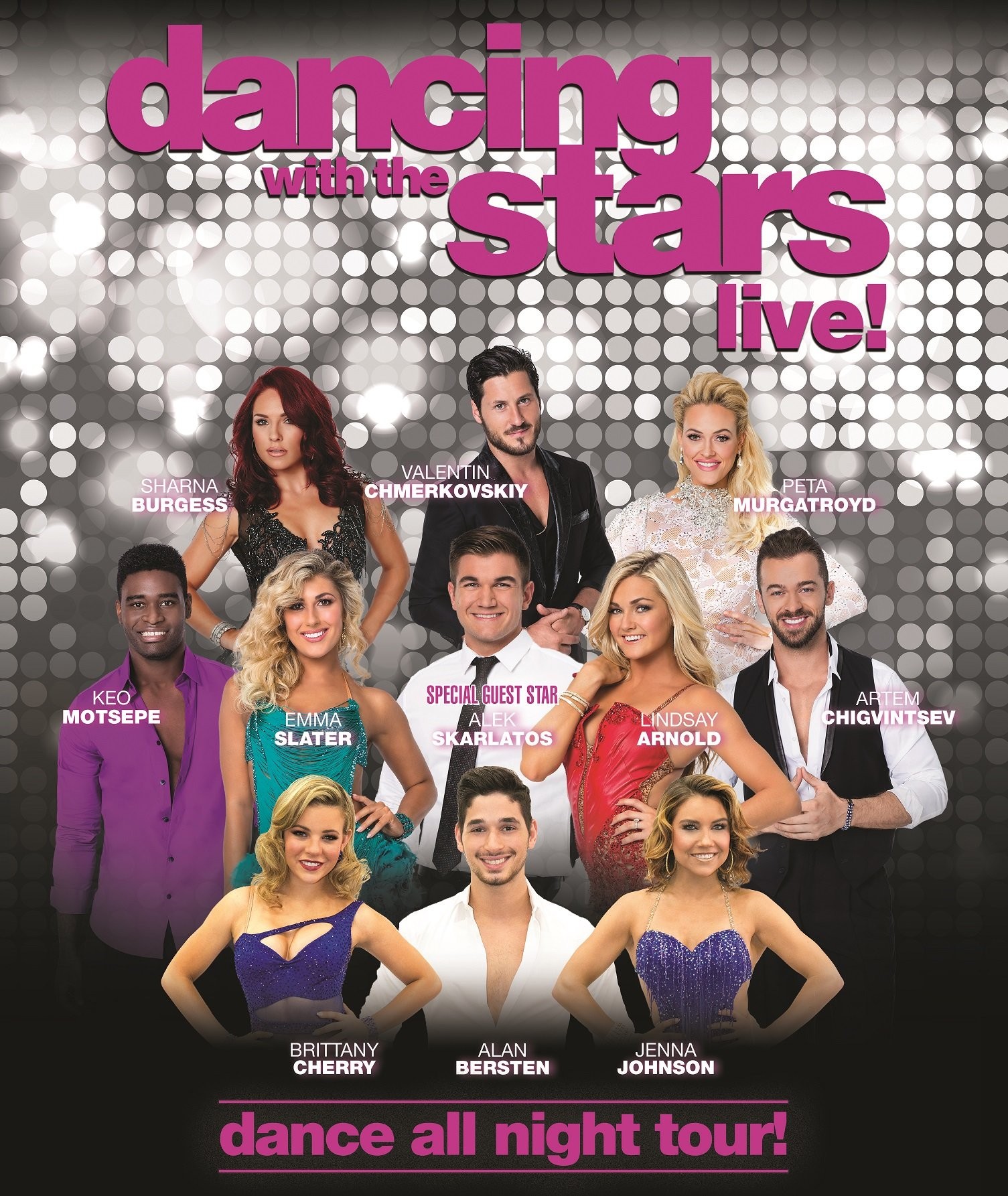 Tickets on Sale Now at DWTStour.com!

Following a successful run on Dancing with the Stars placing as a finalist in the top three, Army National Guard Specialist and American hero Alek Skarlatos is joining Dancing with the Stars: Live! – Dance All Night Tour this winter. Skarlatos made headlines around the world in August 2015 when he and his friends heroically overpowered a man that opened fire on a train from Amsterdam to Paris. He has been awarded the United States Army Soldier's Medal from U.S. President Barack Obama and has received France's highest decoration, the Legion of Honour, from French president François Hollande.

"This year has been a whirlwind of emotions and activities and I can’t think of a better way to cap it off than to tour America with my DWTS family while being able to greet everyone who has been so supportive of me during this year. This has been an experience of a lifetime." said Alek Skarlatos.

Fans of Dancing with the Stars, ABC’s leading entertainment show produced by BBC Worldwide Productions, will be given the opportunity to see their favorite stars dance live in their hometowns. The Dance All Night Tour will be bringing a one-of-a-kind touring production to 43 cities across America starting December 15th in Salt Lake City, UT running through February 14th. Additional shows are being added due to popular demand.

In this all new production, the dancers are released from the ballroom to bring you a 90-minute action-packed live show. Audiences will watch exciting and romantic performances, from choreography never before seen on Dancing with the Stars, to some of the most memorable numbers from show. Tickets for Dancing with the Stars: Live! - Dance All Night Tour are currently on sale. For up-to-date information and to purchase tickets, go to DWTStour.com. VIP packages are available through VIPNation.com giving fans the chance to purchase premium tickets that include meet and greet opportunities with select cast, exclusive merchandise and photo opportunities.

Dancing with the Stars: Live! is produced by Faculty Productions in association with BBC Worldwide.

Tune in to Dancing with the Stars MONDAYS 8|7c.