By Ann Johnson
Mar 27th, 2015
THE PAST AND PRESENT WILL COLLIDE ON APRIL 1st   AS ABC’S “GENERAL HOSPITAL” COMMEMORATES ITS 52nd ANNIVERSARY
THE TRUTH ABOUT LUKE SPENCER WILL BE REVEALED

The past and present will collide on Wednesday, April 1, 2015 as ABC’s daytime drama “General Hospital” commemorates its 52nd anniversary. In honor of this momentous occasion, and as a treat to viewers, “General Hospital” has chosen to take us on a trip down memory lane by revisiting select scenes that first aired on April 1, 1963 when the show was first introduced to a television audience.

Also, fans will have an opportunity to live tweet with “GH” Executive Producer Frank Valentini and a surprise guest during the April 1 show using hashtag #GH.

“For all fans that love “General Hospital,” this is an episode you will not want to miss,” said Executive Producer Frank Valentini. “We will revisit that night on April 1, 1963 and expand the story, shedding new light on the past and addressing questions that “GH” fans have been dying to have answered.”

Additionally, the long awaited truth about what caused Luke’s (Anthony Geary) mental break over the years will be revealed. Dee Wallace will portray Luke’s long-lost sister, Patricia, who will help Luke and his family answer these questions. 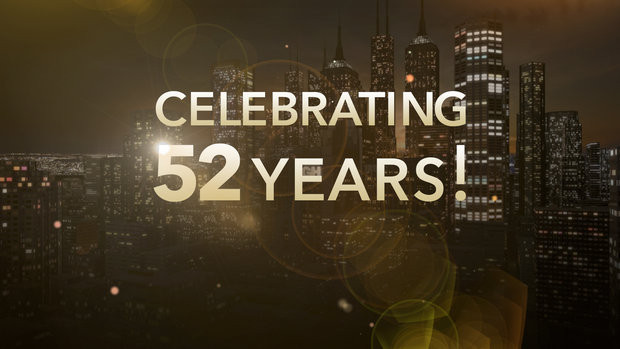