Coming up on Grey's Anatomy Season 12, Episode 15, "I Am Not Waiting Anymore," airing THURSDAY MARCH 24, 8|7c, Jackson reacts after finding out from Arizona in last week's episode, "Odd Man Out," that April is pregnant. Meanwhile, Alex and the team of doctors must handle an hours-long triple-organ transplant surgery. Meredith weighs whether she's ready to date again, specifically, whether she'll accept Major Thorpe (Scott Elrod)'s offer. Andrew insists on not receiving special treatment after he and Maggie go public with their relationship.

In the Grey's Anatomy sneak peek below from "I Am Not Waiting Anymore," in front of everyone, Jackson confronts April about keeping her pregnancy a secret. He's furious that she chose not to tell him before he signed the divorce papers. April says she knows he wouldn't have gone through with it, and she didn't want him to stay just because of her baby. "Our baby," he reminds her. April is still making decisions for both of them without consulting him, and Jackson is fed up. Watch the Episode 15 sneak peek now!

In another sneak peek from Episode 15, although Meredith decided to take a leap and give sexy military surgeon Major Will Thorpe (Scott Elrod) her number, she's been ignoring his calls and texts. Finally, he shows up at Grey Sloan Memorial to ask her out in person. After all, he posits, seeing his very nice face will make it harder to say no, right? "I have said no to nicer faces," she informs him. But after some thought, Meredith agrees to drinks.

Alex leads a team of doctors in an hours-long triple-organ transplant surgery, coming up on the Season 12 episode, "I Am Not Waiting Anymore." 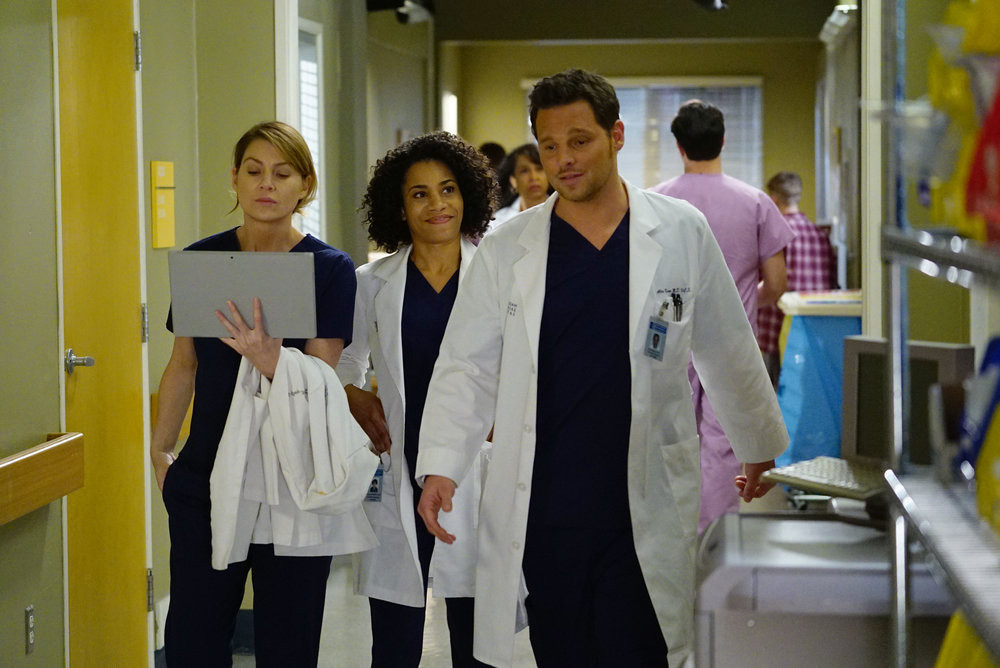