On the last episode of Grey's Anatomy, Episode 4, "Old Time Rock and Roll," Meredith, Maggie, and Amelia completely forgot about the dinner party they were hosting, so the night was already off to a rocky start when Meredith opened the door to welcome Callie and Callie's new girlfriend. Meredith was stunned when she found herself looking directly into the eyes of the red-haired resident who treated Derek the night he died. Read the Episode 4 recap now! In the first of two Grey's Anatomy sneak peeks from the upcoming October 22, 2015 episode of Grey's Anatomy, Season 12, Episode 5, "Guess Who's Coming to Dinner," Callie is proudly introducing everyone to Penny, completely unaware of her link to Derek, Meredith, and pretty much everyone else at the party. In the second sneak peek, Meredith, sticken by the sight of Penny, is overwhelmed with memories of the night she lost Derek. How will she cope? Watch both sneak peeks now!

While Penny is meeting everyone, including the blissfully unaware Amelia, Meredith is fighting to hide her inner turmoil and play the perfect party host. Only Alex notices that something is up with her, despite her protests to the contrary. "You're not great. You're freaked out. You're smiling a lot [...] like you're in a hostage video or something. Something's wrong!" he tells her. Watch as Meredith reacts to being forced to relive the traumatic night of Derek's death in the second sneak peek:

SNEAK PEEK: Something Is Wrong with Meredith

Also coming up on "Guess Who's Coming to Dinner," Maggie ditches her cooking duties and rushes back to the hospital to deal with a personal issue. April steps in to prepare dinner as an attempt to avoid talking to Jackson, and Arizona comes to terms with meeting the new woman in Callie's life.

Meredith tries to put on a brave face despite the surprise party guest, on the Season 12 episode, "Guess Who's Coming to Dinner." 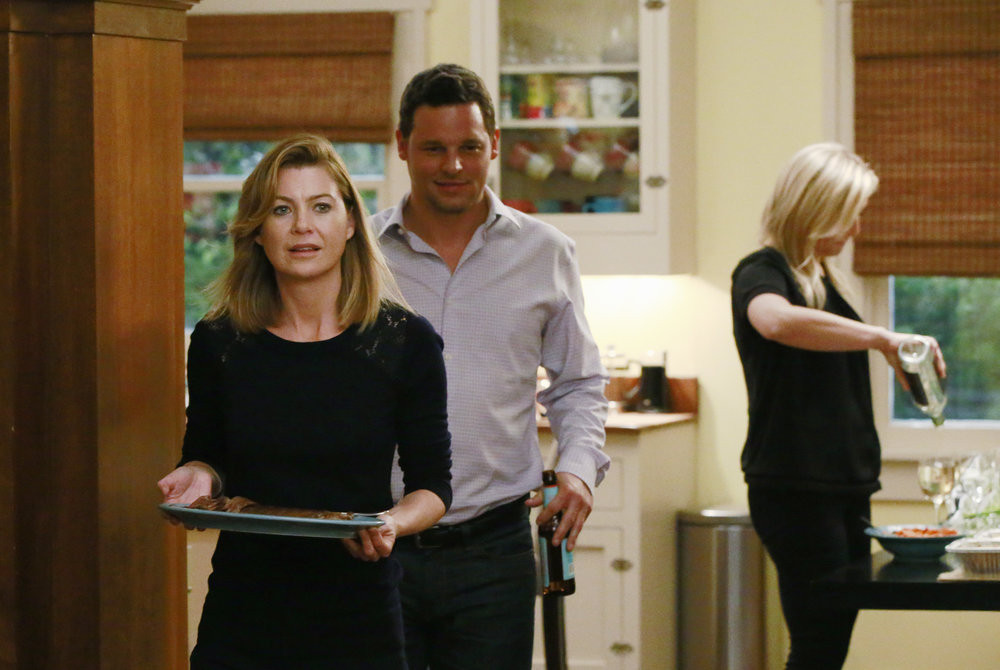