Viola Davis on her Emmy Speech
Viola talked about the two quote options she prepared for her speech.  Viola walked Jimmy through her thought process when she stated, "If I go with Harriet Tubman they're going to think it's militant.  Or I could go with the other quote but they may be confused.  Let me go militant."


Why Viola Sends Her Mom to the Casino
The season premiere of How to Get Away with Murder began with one of Annalise Keating's past loves coming back into her life.  While Viola is uncomfortable with any on screen romance, she is extra precautious on what her mother watches.  Viola's solution is "every Thursday night I give her money to go to the casino."  Viola especially wants to make sure her mother goes to casino during the next episode Thursday October 1, 2015 "She's Dying" becuase of the scenes she will be in.

Viola Davis reminds us of the dangers of texting.
The number of people getting injured using their phones while they’re walking is skyrocketing. As a matter of fact, a terrible thing happened to Viola Davis when she was on her way into our show.

Don't miss the next episode of How to Get Away with Murder "She's Dying" on Thursday October 1st at 10|9c.  Watch the sneak peek of Annalise taking the stand at Nate's Murder Trial.

Sneak Peek: Annalise Defends Herself on the Stand|Preview Annalise Keating taking the stand for Nate Lahey's murder trial.|Annalise takes the stand at the preliminary hearing of Nate's murder trial. The prosecutor gets under Annalise's skin by throwing accusations that she helped in the murder of Sam Keating. From Episode 202 "She's Dying" of How to Get Away with Murder THURSDAYS 10|9c. 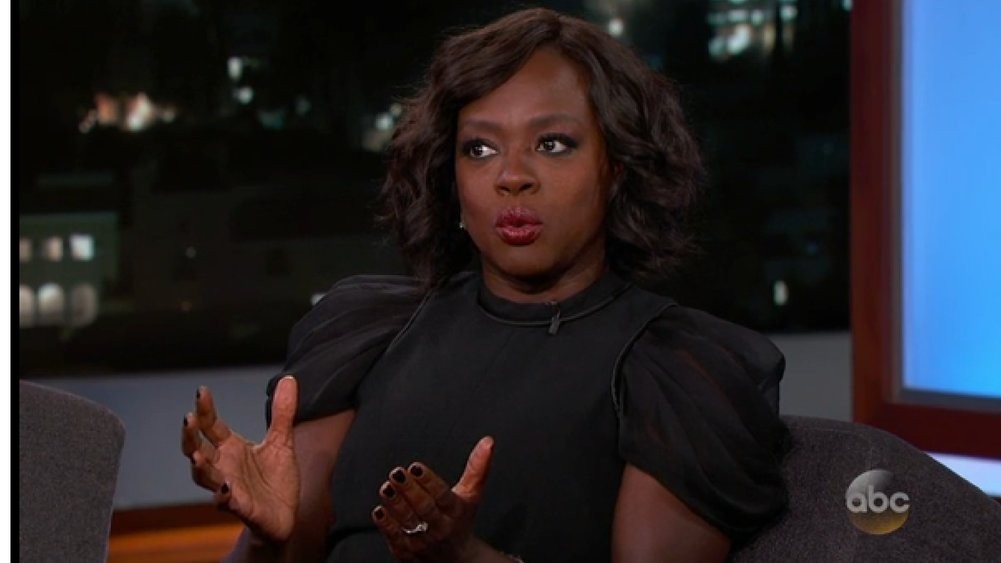 Viola explaining her thought process right for her Emmy Speech.