Jimmy Kimmel sent a camera crew to follow Jake Byrd at the Donald Trump Rally in Dallas.  Jake has wonderful timing in jumping into interviews and side tracking them.  At the Donald Trump rally, Jake successfully changed the course of many interviews with his made up facts and misused acronyms.  In every sense of trolling, Jake Byrd accomplished it.

Other highlights of the coverage included Jake misusing "DTF" to represent "Donald Trump Forever."  He also showed off his "Trump Stamp" and even placed these trump stamps on other supporters. 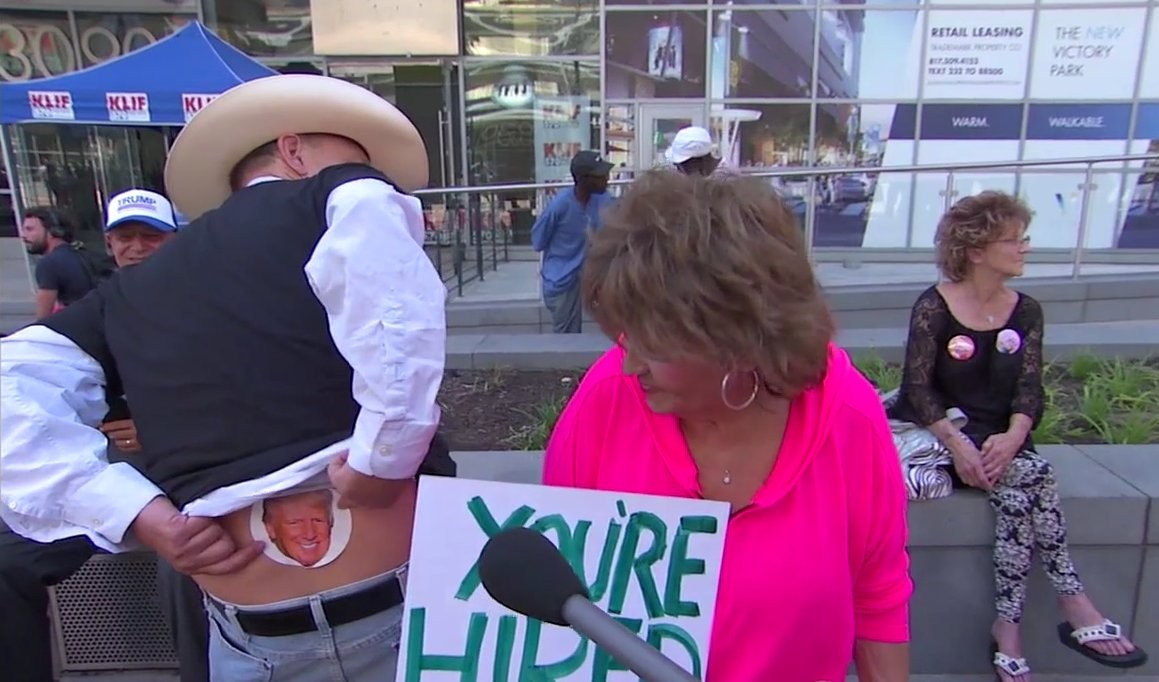 Related: Check out the guests that will be appearing this week on Jimmy Kimmel Live.