Jimmy Kimmel's passionate monologue about the death of Cecil the Lion and one very hated American, Walter Palmer, managed to help bring awareness and provided donations to The Wildlife Conservation Research Fund. Over the course of 24 hours, more than $150,000 was raised in donations for the research group.

The Director of the Wildlife Conservation Research Unit wrote, "Jimmy Kimmel implored his millions of listeners in the USA to make donations to support our work on lions, and conservation more widely. We are so grateful for this and for the up-welling of support for our work worldwide."  Other celebrities were moved by Jimmy's speech and pledged to donate money for the wildlife conservation efforts.

Here are some celebrity tweets on the killing of Cecil

Animals are not trophies. Ever. #CecilTheLion

RIP #CecilTheLion I'm struggling to imagine anything more beautiful than this pic.twitter.com/lile3Kb2dk

Cecil's Death
Jimmy Kimmel weighed in on the killing of Cecil the Lion.  Jimmy spoke about how upset he was when he found out it was an American, Walter Palmer, who took Cecil's life.  Palmer had paid a large amount of money to obtain permits to hunt lions and used an illegal baiting tactic to draw Cecil out of his protected sanctuary.  After initially putting an arrow through him, Walter and his hunting party tracked Cecil for 40 hours and then took his life with a gun.  Cecil's body was skinned and beheaded.  The hunting party also tried to destroy the tracking collar that Wildlife Conservation Research Unit was using to follow Cecil.


Jimmy's Monologue
Jimmy was outraged by the verbiage that Walter used when describing what happened.  Jimmy was not particularly fond of the action of "taking" instead of saying "killing." Jimmy says, "First of all, stop saying you took the animal. You take aspirin. You killed the lion. You didn't take it."  Jimmy doesn't understand why people hunt animals in the first place.  Jimmy stated, "I'm honestly curious as to why a human being would feel compelled to do that.  How is that fun?  Is it honestly that hard for you to get an erection that you need to kill things that are stronger than you?"

Jimmy doesn't believe there should be a witch hunt for Walter, and thought that some good can come from the events that took place.  Jimmy gave the website for the Wildlife Conservation Research Unit (http://www.wildcru.org/) for people to learn about the group that had been tracking and studying Cecil.  Jimmy got choked up when talking about how to make this event into a positive.  He encouraged everyone to make a donation and said, "maybe we can show Americans are not like this jackhole (Walter Palmer)" 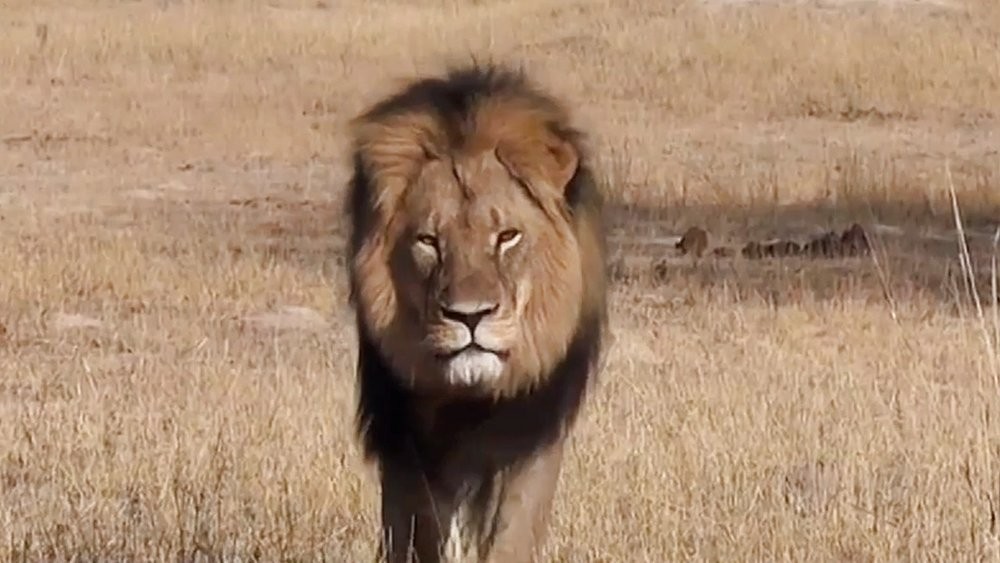 A picture of Cecil the Lion.

Related: Check out the guests that will be appearing this week on Jimmy Kimmel Live.