More In Common: Are You Actually Brothers? 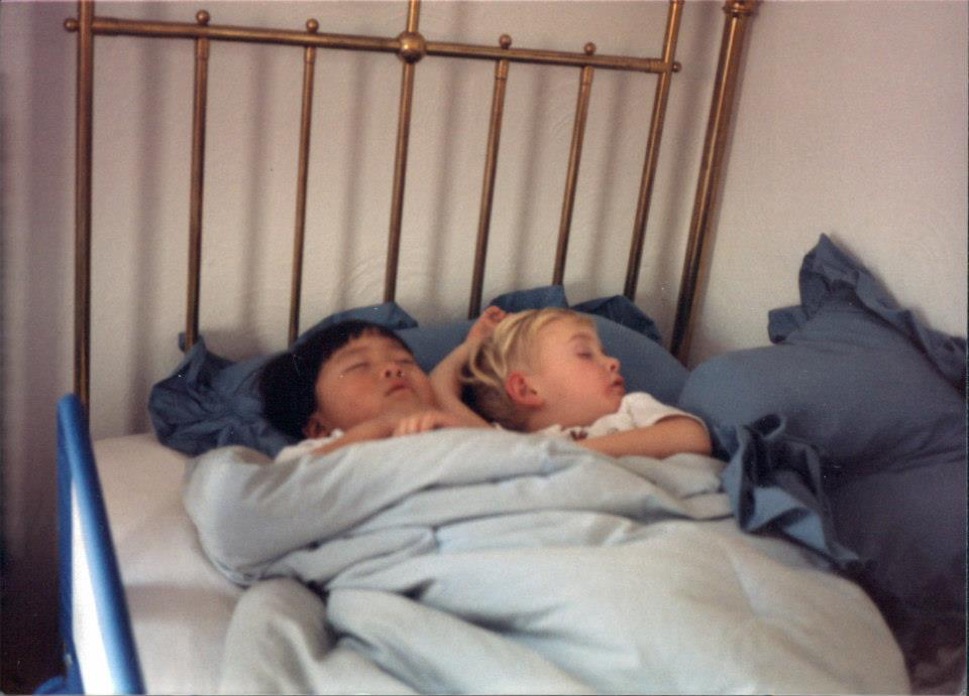 "You have nothing in common," our classmates used to say to my brother John and me. "You're not brothers."

John's skin was darker, his hair black, his eyes brown, while I was a blue-eyed blonde kid.

My family adopted John from South Korea when I was just 2.  We were Irish twins, born just 10 months (and 6,000 miles) apart. We dressed alike, played the same sports, shared the same bedroom, and built massive Lego towers together. We did just about everything as a pair.

Yet during our childhood in Colorado, most people dwelled on our differences instead of acknowledging our bonds.  Some even distinguished us by calling John "Korean Koenigs" and me "White Koenigs," as if we needed adjectives before our last name.

Growing up with an adopted brother, I discovered how hard it was for many to see beyond racial distinctions. Humans are 99.9% identical from a biological perspective, but we still find it easy to draw lines between our "brothers" based on that 00.1% of difference. 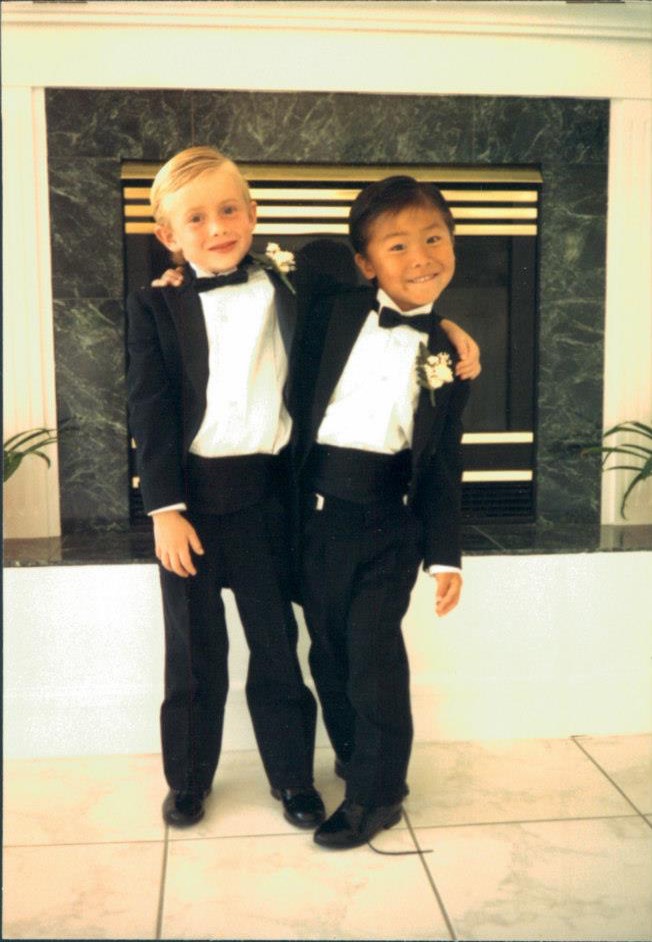 After hearing so many disparaging remarks, John and I began to believe some Americans were inherently prejudiced.  My own pessimism reached its peak last year after I watched footage of white supremacists marching proudly through the streets of Charlottesville while holding torches and chanting hate speech.

As a reporter for ABC News, I wanted to learn more about the signs of a growing white power movement.  During my research, I started making phone calls to tattoo parlors around the country to see whether more people were requesting hate symbols. A tattoo parlor in my home state of Colorado called back with a surprising story.

A former neo-Nazi had recently asked to have his swastika tattoos removed.  The man had formed an unlikely friendship with his African-American parole officer who inspired him to get rid of the swastikas covering his chest and back. Our conversation about his personal transformation became ABC's most viral interview of 2017, generating over 50 million views on Facebook.

Of all the comments left on that video, none mattered to me as much as my brother John's who called me from Korea. "I guess people actually do have more in common than we thought," said John.

Instead of focusing on the divisions in this country (of which there are many), I decided to refocus my energies on looking for the good in people.  When ABC and Facebook Watch encouraged me to create a weekly show about the unexpected bridges being built between people of different backgrounds, I jumped at the chance to make my big brother proud.

Over the past few months, I've seen some remarkable bridges under construction—gang members and police officers in Chicago's deadliest neighborhood bonding over a summer softball league, Boy Scout Troops welcoming girls into their units for the first time in American history, and a former KKK member hugging a Muslim refugee who helped turn his life around.

Even in these divisive times, such examples suggest that no chasm is too deep for America's communities to reconnect. The catalyst for change is often as simple as someone walking across the street to greet a new neighbor.

That's what John used to do on the playground. He'd walk over to any kid who looked at him strangely, smile broadly, and befriend them almost instantly. He knew then that our differences were only skin deep—and weren't worth yelling about.

I'm starting to believe that we all have more in common than we think. And for the last time, yes, he's my brother. 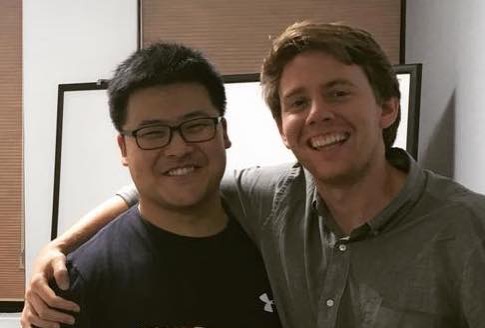 Michael Koenigs is the host of "More in Common," a new show from ABC and Facebook Watch, and executive producer of "Localish," an upcoming ABC initiative that showcases the good in America's cities.