Marvel's Agent Carter will continue Agent Peggy Carter's story where Captain America: The First Avenger and Captain America: The Winter Soldier left off. It's 1946, Steve is gone, and with the war over, Peggy is marginalized when the men return home from fighting abroad. But Peggy persists, determined to make the world a better place. 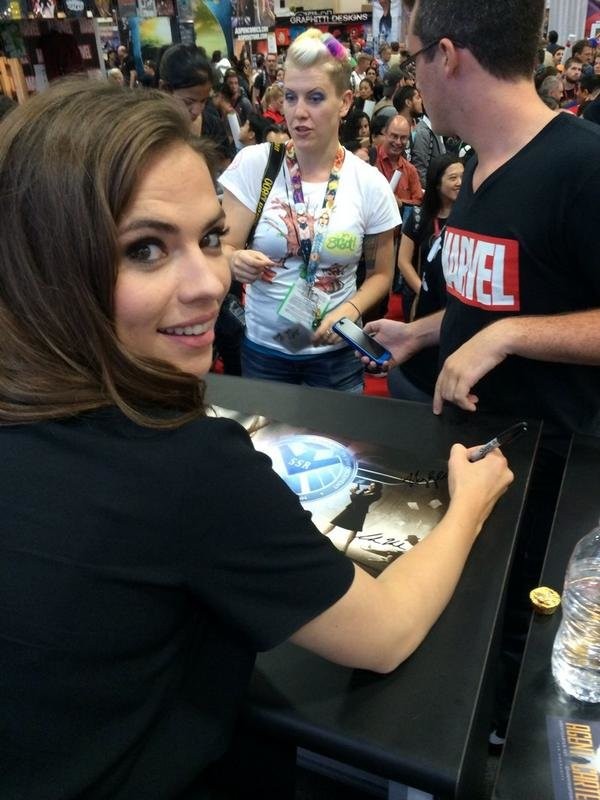 Marvel's Agents of S.H.I.E.L.D. Agent Koeing shares security protocol, including how to get that all-important lanyard.

Lou D’Esposito, director of the short film Marvel One-Shot: Agent Carter said "we knew right away" when they met actress Hayley Atwell that she was perfect for the role.

Hayley Atwell seemed to be be just as thrilled to be playing Peggy Carter, saying, "It's a privilege to play a character someone would look up to as a role model." 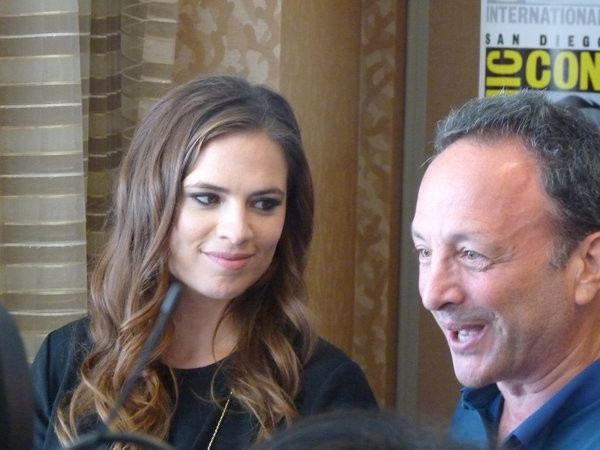 Showrunners Tara Butters and Michelle Fazekas spoke about the excitement of telling the story of Peggy — and other strong women — exploring  "the good and bad."

Fans also got a chance to take home the first artwork to feature both Marvel's Agents of S.H.I.E.L.D. and Marvel’s Agent Carter characters The piece by artist Matt Ferguson, known for his work with both Marvel Studios on the Phase 1 box set, showcases Agent Phil Coulson, Melinda May, Grant Ward, Skye, Fitz, and Simmons, alongside Peggy Carter.