When Luke (Nolan Gould) and Manny (Rico Rodriguez) try to sneak a drink of tequila, Gloria (Sofia Vergara) immediately catches on to them and teaches them a lesson in Season 6, Episode 19 of Modern Family, "Grill, Interrupted." It's something that'll keep the boys off the alcohol for a long a time, and here's her three-step program for preventing underage drinking.

1. Create a Sense of Paranoia
When Gloria knows Luke and Manny are overhearing her conversation, she cleverly plants a seed in their impressionable heads: they swallowed the worm from the bottle of tequila.

2. Recruit an Authority Figure
Gloria gets some help from Haley's new doctor boyfriend to dispense some misinformation, and soon the boys are thinking that the worm will eat their insides unless they take an ice bath or drink pickle juice. 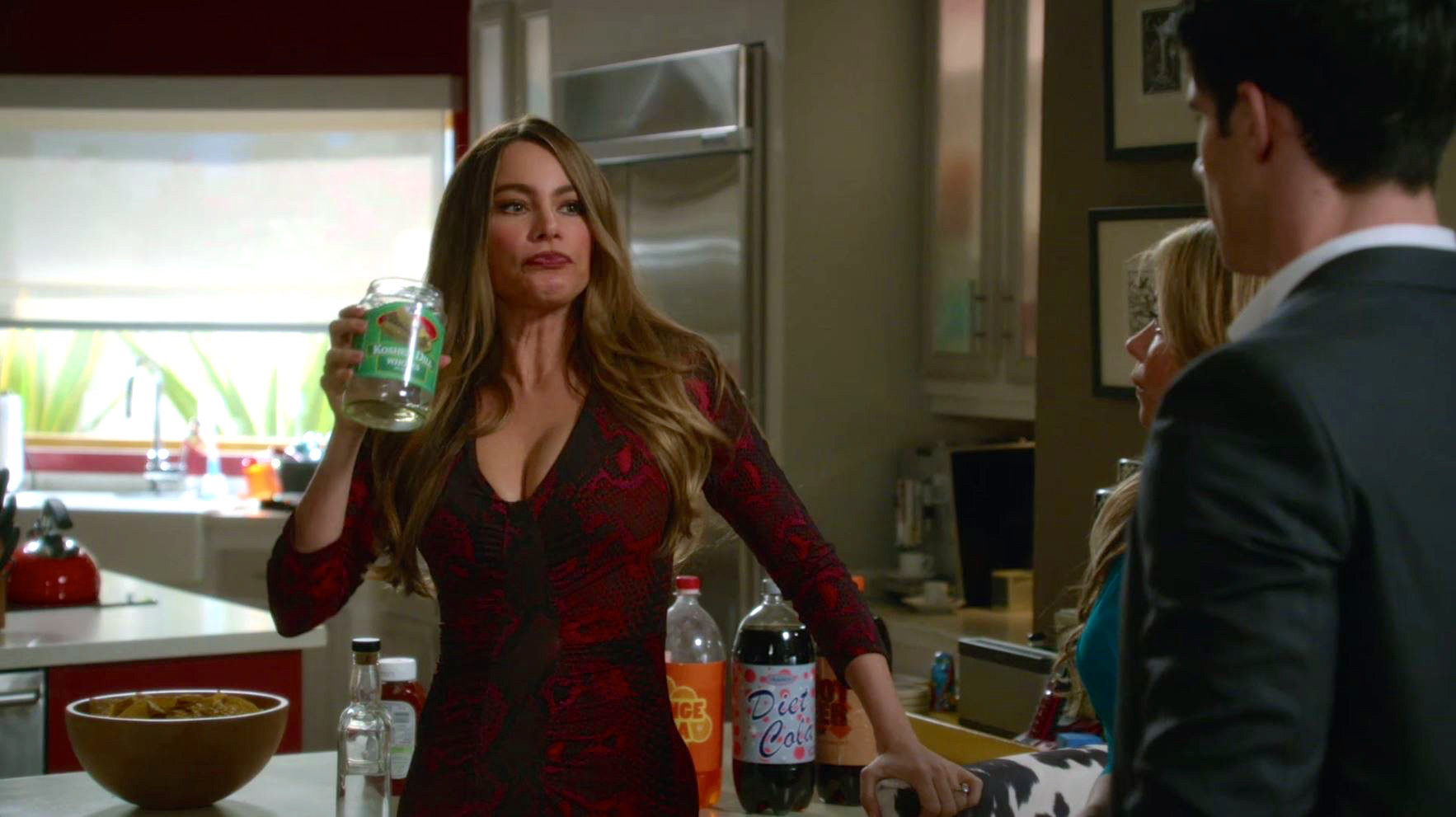 3. Blackmail
Once Luke and Manny are soaking in the ice bath together, Gloria takes a compromising picture of the pair. If they ever think about drinking again, she'll spread the picture all over school and everyone will be wondering why the two bathe together. It's a sobering thought.