The Modern Family Season 6 finale will be airing ABC WEDNESDAY, MAY 20, 2015 9|8c. In the Season 6 finale episode, "American Skyper," the whole family is at Jay & Gloria’s for Alex’s graduation party, except for Phil (Ty Burrell), who ingeniously figured out a way to be there via skype and a robotic vessel after being unexpectedly detained in Seattle on a business trip. During the celebration, Jay (Ed O'Neill) frets about Gloria’s cousin who has overstayed his welcome (guest star Horatio Sanz), Claire (Julie Bowen) stresses out about giving Alex (Ariel Winter) the perfect gift, Mitch (Jesse Tyler Ferguson) hides news of being laid off from Cam (Eric Stonestreet), and Andy’s girlfriend, Beth, is in town stirring up a whole lot tension with Haley (Sarah Hyland) which finally leads to a realization that may have come too late. 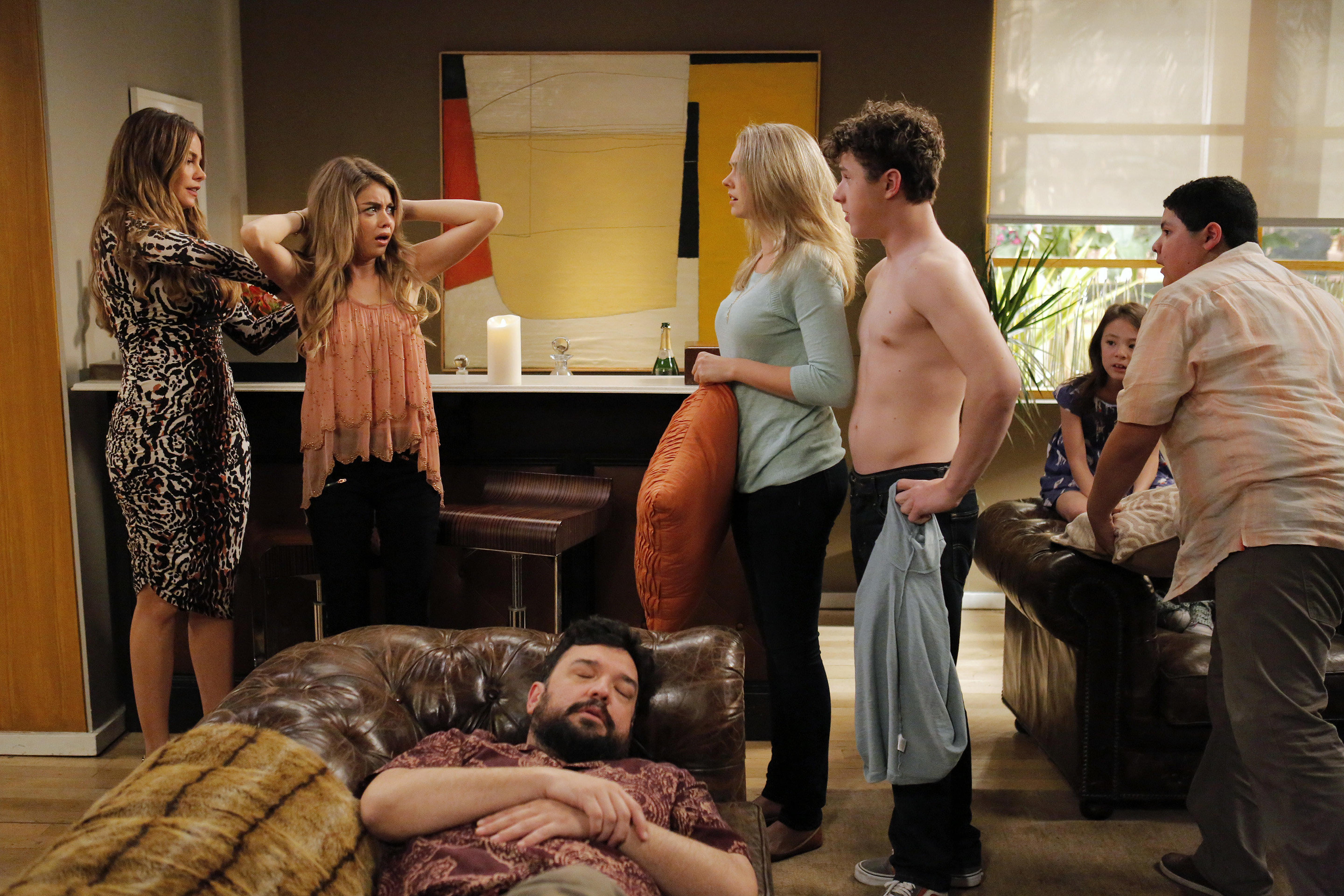 Will Haley and Andy (Adam DeVine from the Pitch Perfect movies) ever be together? Find out in the Season Finale, and until then, relive the best Haley and Andy moments from Modern Family:

5. Haley Meets Andy
Andy catches Haley in Jay and Gloria's kitchen, so she tries to pretend she's Alex. He doesn't buy it, and Haley doesn't buy Andy's claims of having a long-distance girlfriend.

4. Claire Thinks Haley and Andy Are Having Sex
Phil (Ty Burrell) is concerned that Alex (Ariel Winter) has been studying too hard and not getting any sleep, but Claire (Julie Bowen) is more concerned about Haley, who's been spending a lot of time with Andy the manny. To get her mom off her back, Haley lies and claims she's having sex with Andy since that's the last topic Claire would want to discuss with her.

3. Haley Realizes Andy Is like Her Dad
Haley starts taking a liking to Andy while watching him re-enact a scene from Gravity with Phil. But then Alex points out how similar Andy is to their dad. At least in space, no one can hear you scream.

2. Haley and Andy Have Their First Kiss
Haley is shocked when Andy insists that if the two of them kissed, it would have a bigger impact on her than him. Haley's had three stalkers so she's pretty sure he's wrong and she plants one on him to disprove him. But does it?

1. Haley Declares Her True Feelings for Andy
Haley visits Andy, who's in the hospital after his appendectomy. He drifts out of consciousness, so Haley finally admits her feelings for him. When Andy's girlfriend Beth shows up, Haley realizes he really wasn't single with an imaginary girlfriend, so she quickly makes her exit. But maybe Andy has feelings for Haley, too...