ABC Music Lounge's and ABC Digital Media Studio's Nashville-inspired docu-web series, On the Record, is going from your computer screen to your TV screen. Direct from Nashville’s world famous Ryman Auditorium, cast members of the acclaimed primetime seriesNashville will take the stage to perform show favorites then sit down in the Bluebird Café for acoustic performances and an intimate look at the songwriting process with the songwriters themselves, talking candidly about how this music found its way to the show and what it means to the actors and songwriters.

Among the songwriters appearing on the special are Trent Dabbs and Caitlyn Smith, who co-wrote the anthem, "Don’t Put Dirt on My Grave Just Yet," which Hayden Panettiere and Jonathan Jackson’s characters have performed, as well as Striking Matches (duo Sarah Zimmerman and Justin Davis) who've co-written "I Ain’t Leaving Without Your Love" with Cary Barlowe, performed by Jonathan Jackson, Sam Palladio and Chaley Rose on the TV show.

Also appearing is notable songwriter Ashley Monroe, solo artist and member of the Pistol Annies, who co-wrote "A Life that’s Good" with Sarah Siskind, which has been performed by Lennon Stella and Maisy Stella and Charles Esten on the series.

Preview a couple sneak peek photos below from the episode below or view the full gallery. 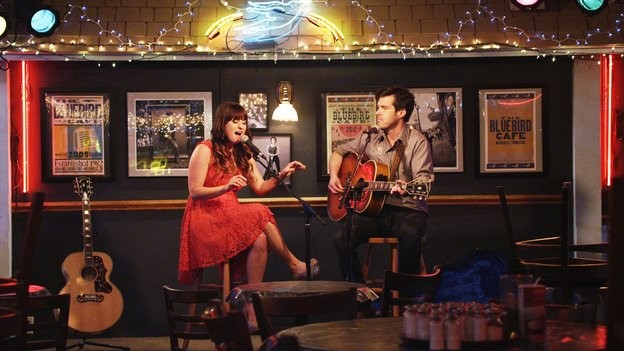