Sneak Preview: Episode 221 "All or Nothing with Me"

In Nashville episode 221 "All or Nothing with Me," Rayna organizes a charity concert at Fort Campbell after finding out Luke has been injured in Afghanistan, forcing him to cut his tour short. Deacon and Maddie are brought closer together as they chart a new course for their future. Teddy is beginning to feel like his family is slipping further and further away from him. Juliette is racked with guilt knowing that her back is against the wall after Jeff threatens to go to Avery with the truth. Gunnar is feeling pressure to reveal a secret about Juliette to Avery until Zoey urges him that his professional and private life should be kept separate. And Will and Layla begin shooting their new reality series.

Tune in to Nashville WEDNESDAYS 10|9c.

See a few sneak peek photos from the upcoming episode below or view the entire gallery. 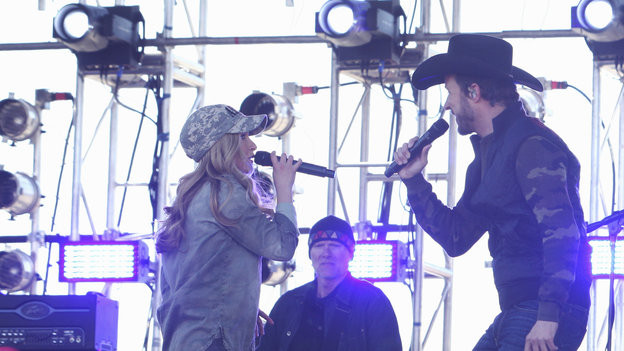