Nashville Season 3 Finale: Deacon Proposes But Will He Live or Die?

Deacon is in the hospital awaiting life-saving transplant surgery, and he's growing more and more anxious after having a premonition of being buried, in the Season 3 Finale, "Before You Go Make Sure You Know" (air date: 05/13/15). When doctors wheel Beverly by on her way to the operating room, she triggers his premonition again. Deacon proposes to Rayna, desperate to marry her before he goes under the knife. He begs her to marry him right then and there at the hospital, but she won't. She promises him they'll have a wonderful wedding after his transplant, and recites wedding vows to reassure him.

VIDEO: Deacon Proposes to Rayna at the Hospital

But in true Nashville fashion, nothing is that simple. In the final moments of the Season 3 finale, one of the siblings crashes on the operating table. Dr. Rand walks into the waiting room and tells Rayna he has some bad news for her. We'll have to wait until Nashville Season 4 to find out what Dr. Rand is about to tell her.

Scarlett, Rayna, Maddie, and Daphne spend time with Deacon at the hospital as he awaits surgery, in the Nashville Season 3 Finale, "Before You Go Make Sure You Know." 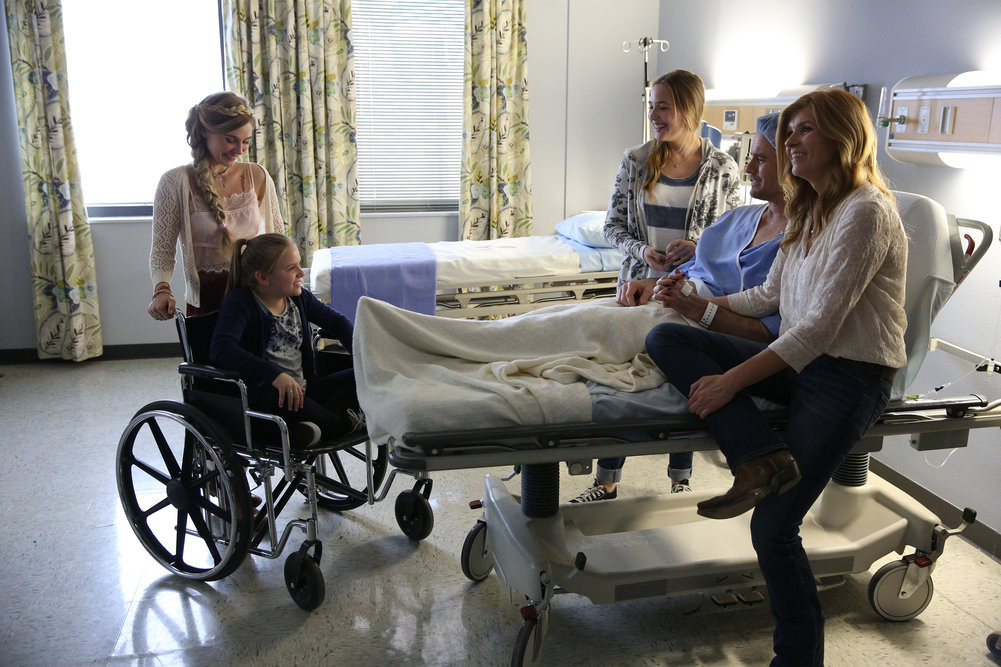