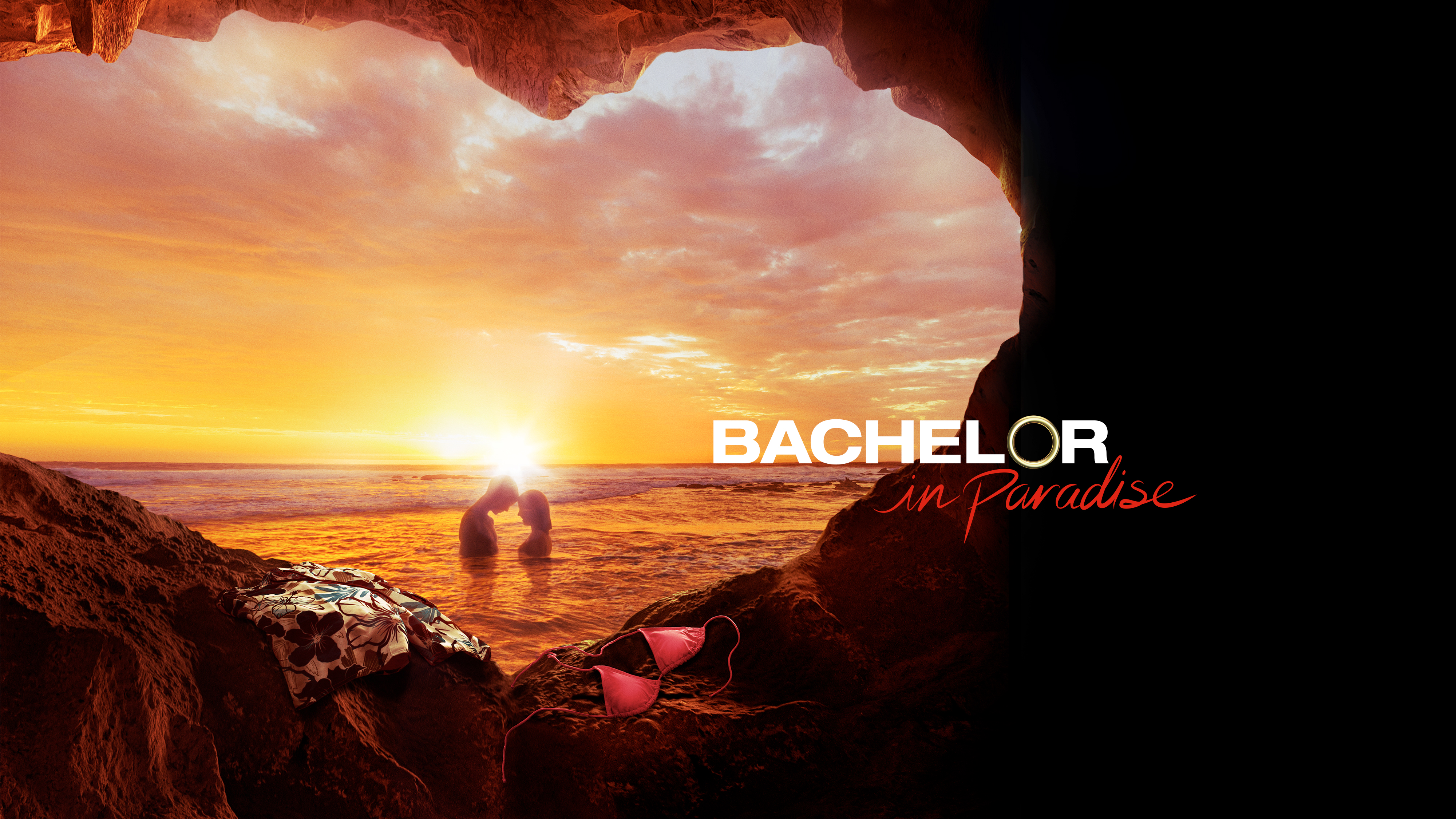 Get all the scoop on all the summer shows below!

THE $100,000 PYRAMID (Season 2): "The $100,000 Pyramid" returns for its second season on ABC.  Hosted by "Good Morning America" co-anchor Michael Strahan, this iconic game show once again features an all-star cast of celebrities who take center stage and partner with contestants from across the country to compete against each other with hopes of making it to the winners circle and taking home the ultimate prize of $100,000.

BACHELOR IN PARADISE (Season 4): The much anticipated fourth season of the hit series "Bachelor in Paradise" returns with all the shocking twists, surprises, unexpected guests and some of the most unlikely relationships in "Bachelor" history that viewers have come to expect. The cast, comprised of former fan favorites and controversial characters from "The Bachelor" franchise, is back looking for a second chance at love. They all left "The Bachelor" or "The Bachelorette" with broken hearts, but now they'll travel to a romantic paradise, hoping to turn a potential summer fling into the real thing. We'll follow these former bachelors and bachelorettes as they explore new relationships while living together in a secluded and dreamy paradise. America will watch as they fall in love or go through renewed heartbreak. Chris Harrison hosts.


BATTLE OF THE NETWORK STARS: The '70s and '80s television pop-culture classic, "Battle of the Network Stars," is revived when it returns to television this summer. "Battle of the Network Stars" is a nostalgic throwback to the original series where TV celebrities blended athleticism with hilarious antics. The 10-episode summer event will pit teams of current and classic TV stars from multiple eras and different genres against one another in a variety of athletic games. Viewers can look forward to seeing a fresh take at some of the classic show's sporting "events" like Tug o' War, the Obstacle Course and the Dunk Tank.


BILLBOARD MUSIC AWARDS: The program will showcase this year's hottest chart-topping musical acts, big performances and buzz-worthy pop-culture moments that will have everyone talking. Billboard Music Awards finalists are based on key fan interactions with music, including album and digital songs sales, radio airplay, streaming, touring and social engagement, tracked by Billboard and its data partners, including Nielsen Music and Next Big Sound. The awards are based on a 12-month reporting period ending in March of 2017. Since 1940, the Billboard charts have been the go-to guide for ranking the popularity of artists, songs and albums, and are the ultimate measure of success in music.


BOY BAND: "Boy Band," is a new series where talented singers battle it out to become a member of the next great music sensation.  And for the first time ever, viewers at home will vote for their favorite five band members, live, creating a group America can truly call its own. The 10-episode series will capture the audition process and behind-the-scenes excitement where young vocal talents compete for a chance to show the world that they have what it takes to win a coveted spot in the band and receive a recording contract with Hollywood Records.


CMA FEST 2017: Filmed during CMA Music Festival in June of 2017, "CMA Fest 2017" features performances from many of country music's hottest artists during the four-day music festival in Nashville, Tennessee.  The annual festival regularly features multiple autograph signings, meet & greet opportunities with fans, numerous free music stages and venue,s as well as additional interactive exhibits and experiences.  Robert Deaton is the executive producer of "CMA Fest 2017."  It is organized and produced by the Country Music Association.

CELEBRITY FAMILY FEUD (Season 3): The primetime summer hit "Celebrity Family Feud," a celebrity version of "Family Feud," returns to ABC this summer for a third season. The 10-episode series will feature celebrity families, and their immediate family members or their extended TV families, competing against each other to have fun and win money for charity. Hosted by Steve Harvey, the highly popular standup comedian, actor, author and Emmy® Award-winning game show host, "Celebrity Family Feud" pits celebrities and their families against each other in a contest to name the most popular responses to survey-type questions posed to 100 people. The celebrity family teams that will be playing for charity include: actress/comedian/writer Amy Schumer, actor/comedian George Lopez, Grammy award-winning recording artist Kelly Clarkson, NBA basketball legend Kareem Abdul-Jabbar, actress/director/producer Eva Longoria, actress Jennie Garth and astrophysicist Neil deGrasse Tyson. For the first time, members from host Steve Harvey's family will also join in the fun.

THE STORY OF DIANA: From ABC and Time Inc.'s People, "The Story of Diana" is a four-hour primetime television event on the extraordinary life of Princess Diana. Debuting over two nights, the documentary marks the 20th anniversary of her tragic passing at age 36 and will capture the most comprehensive interviews ever conducted on the woman known as the People's Princess: in-depth conversations with those who knew her best, as well as the world's leading Diana experts. These interviews will be woven together with People's unparalleled reporting, as well as captivating archival footage of the Princess of Wales. The documentary will not only explore the remarkable chapters of Diana's life, but will also delve deeply into the ways in which her story remains relevant today. This television event will remind the world why they fell in love with Diana in the first place – and will introduce her to a whole new generation.

The 2017 ESPYS" "The 2017 ESPYS," presented by Capital One, will return to ABC and broadcast live from Microsoft Theater L.A. LIVE in Los Angeles. The annual awards show gathers top celebrities from sports and entertainment to commemorate the past year in sports by recognizing major sports achievements, reliving unforgettable moments and saluting the leading performers and performances. "The 2017 ESPYS" also showcase inspiring human stories through three pillar awards: the Jimmy V Perseverance Award, the Arthur Ashe Courage Award and the Pat Tillman Award for Service. The show supports ESPN's ongoing commitment to The V Foundation for Cancer Research, launched by ESPN with the late Jim Valvano in 1993.

STEVE HARVEY'S FUNDERDOME: "Steve Harvey's FUNDERDOME," from Mark Burnett, is a seed-funding competition reality series where two budding entrepreneurs go head-to-head to win over a live studio audience to fund their ideas, products or companies. In each of the 13 episodes, the audience will represent the "customer" and, as the customer is always right, they will be voting to determine the winner.  But, in each round, following the pitches and before Steve Harvey reveals the results of the crowd's majority vote, the entrepreneurs will face a major dilemma: one of the entrepreneurs is allowed to cash out and walk away for a lesser amount. But if an entrepreneur cashes out, they forgo the opportunity to win the whole cash prize for that round – a good move if they lost the crowd vote, but a bad move if they would have won it.

THE GONG SHOW: Get ready for the return of television's most irreverent talent show competition, "The Gong Show," executive produced by actor/comedian Will Arnett. Every episode will celebrate unusually talented and unique performers on a primetime stage. A revolving panel of judges featuring Hollywood's hottest stars praise, critique and gong contestants in one of TV's all-time great variety shows.

SOMEWHERE BETWEEN (10 Episodes): "Somewhere Between" is a thriller drama series starring Paula Patton ("Warcraft") as Laura Price, a superstar news producer in San Francisco and fiercely loving mom.  She isn't crazy: Laura knows her 8-year-old daughter is going to be murdered.  She doesn't know who the murderer is, or why she's killed, but she knows exactly when it will happen, where, and how. Despite this, all of her attempts to keep her daughter safe fail, and Serena's fixed, unmovable, terrifying fate keeps her directly in the path of her killer.  JR Bourne ("Teen Wolf") will play Tom Price, Laura's powerful yet sensitive husband who is also the city's district attorney; Devon Sawa ("Nikita") as Nico Jackson, a former cop turned private investigator; and newcomer Aria Birch as Serena Price, a big-hearted, untamable child who is always reaching out to others as a new friend.

STILL STAR-CROSSED (7 Episodes): A period drama series from Shondaland and ABC Studios picks up where the famous story of Romeo and Juliet ends, charting the treachery, palace intrigue and ill-fated romances of the Montagues and Capulets in the wake of the young lovers' tragic fate. The series is based on the book "Still Star-Crossed" by Melinda Taub. "Still Star-Crossed" stars Grant Bowler as Damiano Montague, Wade Briggs as Benvolio Montague, Torrance Coombs as Paris, Dan Hildebrand as Friar Lawrence, Lashana Lynch as Rosaline, Ebonee Noel as Livia, Medalion Rahimi as Princess Isabella, Zuleikha Robinson as Lady Guiliana Capulet, Sterling Sulieman as Prince Escalus, Susan Wooldridge as Nurse and Anthony Head as Lord Silvestro Capulet.


TO TELL THE TRUTH (Season 2): Hosted by Anthony Anderson, "To Tell the Truth" is a funny re-imagination of the beloved game show of the same name. The all-new version takes the excitement to another level, featuring fun characters from pop culture. Anderson's mother, fondly known as Mama Doris, is also part of the fun as commentator. In each round the celebrity panel is presented with three participants who all claim to be the same person with the same incredible talent, job or achievement.  One is sworn to tell the truth while the others are not. The panel of celebrities have a chance to grill each participant before taking turns deciding who they think is telling the truth.