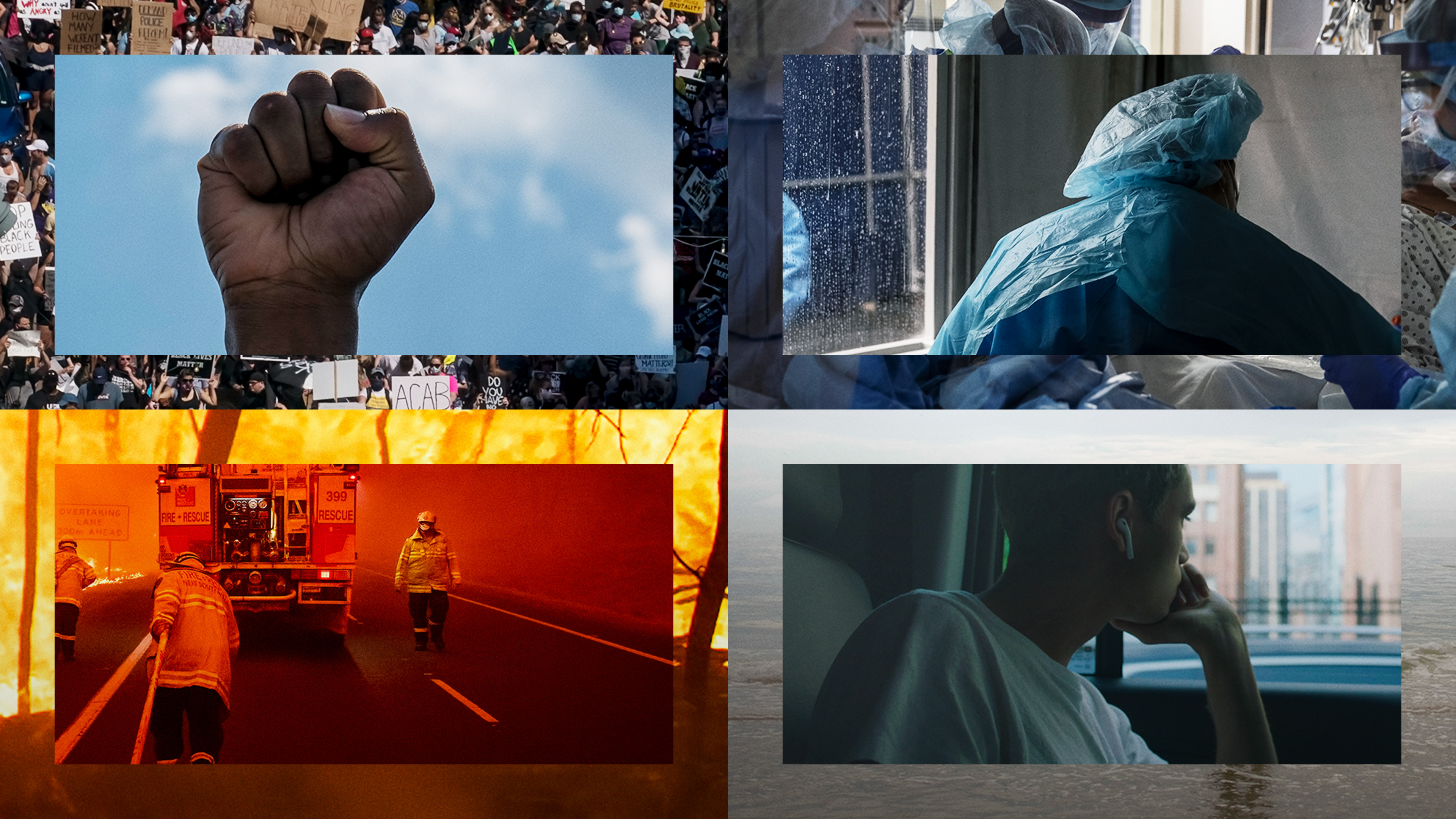 In a confidential report obtained by The Times, Ms. Spears told a court investigator in 2016 that her conservatorship had become "an oppressive and controlling tool against her." But how the conservatorship has controlled her life has never been revealed. Now, in this New York Times investigation, a portrait emerges of an intense surveillance apparatus that monitored every move she made. The film is directed by Samantha Stark, and Liz Day is supervising producer and reporter. It was produced in partnership by The New York Times and Left/Right, the same team behind "Framing Britney Spears." Once the insiders came forward, The Times and Left/Right felt compelled to bring this reporting to the public as soon as possible.

"When Britney spoke publicly about her conservatorship in detail for the first time during a court hearing in June, she said a reason she hadn't spoken up earlier is she didn't think people would believe her," Samantha Stark said. "She said she felt abused under the conservatorship and questioned whether the judge thought she was lying. Britney's speech motivated the people in this film to seek us out to share their stories -- at great risk to themselves -- because they felt compelled to back up what Britney was saying with evidence they had or moments they witnessed."

Liz Day added, "Britney's situation raises a lot of important questions about the conservatorship system at large and whether it is working properly. We felt that it was in the public interest to examine that."

RELATED: GET ALL THE DETAILS ABOUT "CONTROLLING BRITNEY SPEARS," AN EXPLOSIVE DOCUMENTARY ABOUT THE SINGER

The New York Times Presents features a series of standalone documentary films powered by the unparalleled journalism and insight of journalists at The New York Times, bringing viewers close to the essential stories of our time.

The New York Times Presents hails from the same team responsible for the FX and Hulu docuseries The Weekly, which won four News & Documentary Emmy Awards, an Overseas Press Club award, and its reporting on how a predatory lending scheme had corrupted the taxi industry in New York and elsewhere was part of a body of work that was awarded the Pulitzer Prize.


With more than 1,700 journalists who have reported from over 160 countries since 2019, The Times publishes about 150 pieces of journalism each day, including exclusive reporting on topics ranging from politics to culture to climate to sports to business. The New York Times Presents will continue to tell those stories in a visual and unforgettable way.

FX is home to acclaimed and award-winning television available on the FX on Hulu streaming hub, the FX, FXX and FXM cable networks, and the video on-demand service FXNOW. FX on Hulu offers next day access to FX and FXX current series, FX's library of legacy series, and exclusive original programming, including Devs, Mrs. America, A Teacher, American Horror Stories, Reservation Dogs, Y: The Last Man and the upcoming The Old Man, Fleishman is in Trouble, Class of '09 and Under the Banner of Heaven. FX additionally features the drama series Mayans M.C., Pose, Snowfall and Taboo; the limited series American Horror Story, American Crime Story, Fargo, FEUD, Black Narcissus and the upcoming Pistol and Shōgun; the comedies Archer, Atlanta, Better Things, Breeders, DAVE, It's Always Sunny in Philadelphia, What We Do in the Shadows and the upcoming Little Demon; the half-hour series Mr Inbetween, The Choe Show and The Premise; the weekly short-form comedy programming showcase Cake; and a growing slate of docuseries and documentary features, including The New York Times Presents, The Most Dangerous Animal of All, AKA Jane Roe, A Wilderness of Error, Hip Hop Uncovered; Hysterical, PRIDE and the upcoming Welcome to Wrexham. FX is the former home of The Shield, Nip/Tuck, Rescue Me, Damages, Sons of Anarchy, Justified and The Americans. FX's library of acquired box-office hit movies is unmatched by any ad-supported television network, with FXM featuring classic films, contemporary hits, award-winning features and short-form original programming. FXX is also the cable home to The Simpsons, the longest-running comedy in TV history. FX has received 445 Emmy® Award nominations and won 80 Emmys, as well as earned the most Emmy® Award nominations of any ad-supported cable brand for 10 consecutive years.