Can't wait for the Once Upon a Time season premiere to see Elsa and Anna in Storybrooke? Have we got a treat for you!

Tune in TUESDAY, SEPTEMBER 2 8|7c to The Story of Frozen: Making a Disney Animated Classic for a never-before-seen preview of Frozen characters Anna, Elsa and Kristoff on Once Upon a Time.

Elsa Comes to Storybrooke|A mysterious woman emerges from the portal that Emma used to return home.|A glistening, icy figure emerges from the time portal that Emma used to return to Storybooke. The woman stretches out her arm to create icicles around her, and as she walks away, she leaves the ground beneath her frozen. From Once Upon a Time Season 3 finale, "There's No Place Like Home."

The Story of Frozen: Making a Disney Animated Classic is an all-new, original special that ventures behind-the-scenes for an exclusive look at the origins and evolution of the Academy Award®-winning film Frozen, a modern movie based on a timeless tale that is now the biggest animated feature of all time.

RELATED: Get a First Look at Frozen's Elsa on Once Upon a Time 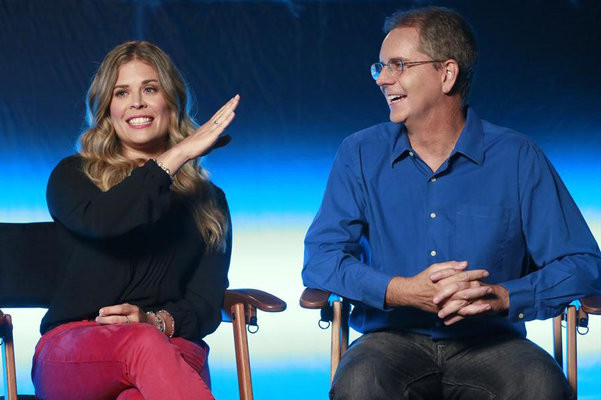 Viewers will get a rare look inside Walt Disney Animation Studios and unprecedented access to the creative team that brought Frozen to life. Throughout the one-hour special, the audience will hear from Frozen stars Kristen Bell and Idina Menzel, the directors Jennifer Lee and Chris Buck, songwriters, producer and artists and chief creative officer — the team who dreamed of making a cherished Hans Christian Andersen story into a big screen animated musical.

Viewers will take a journey to the beautiful Norwegian villages and landscapes that inspired the look of Arendelle — the fictional kingdom — and see images and footage from the research trips to Norway, Quebec and points beyond that helped create the film's unforgettable look and feel.

Once Upon a Time season 4, featuring Elsa, Anna and more characters from Frozen, will premiere SUNDAY SEPT 28 8|7c on ABC!