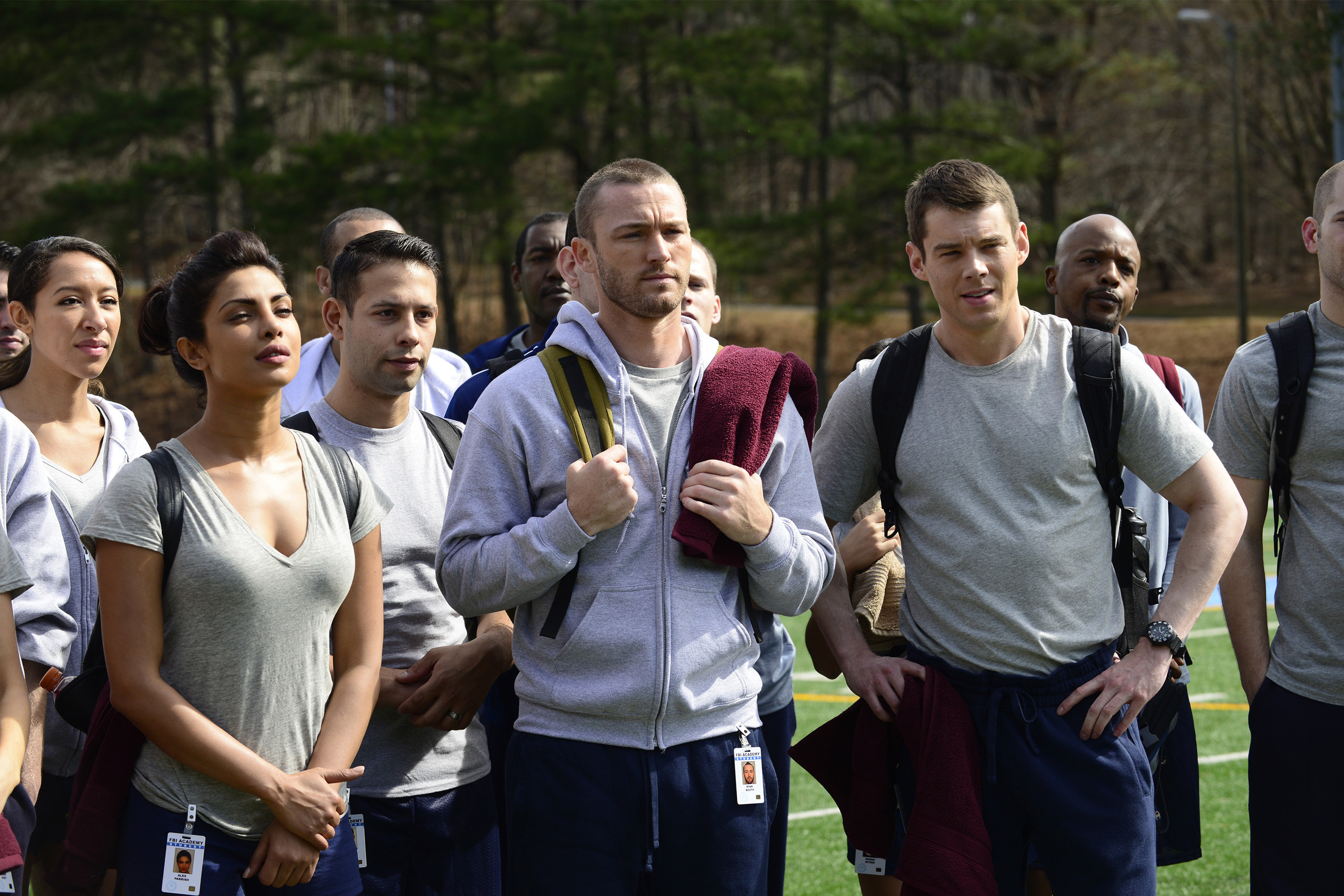 The cast of Quantico contains a group of seasoned actors and that deliver suspenseful performances that’ll keep you on the edge of your seat.

RELATED: 7 Things You Need to Know About Priyanka Chopra and "Quantico" | Inside Look at ABC’s Quantico Filming in Georgia

Priyanka Chopra stars as Alex Parrish, a falsey accused FBI recruit that’s on the hunt to clear her name. Priyanka is an actress, recording artist and former Miss World who is recognized internationally around the world. Her debut single, "In My City," featured will.i.am and was the voice of the NFL Network's Thursday Night Football franchise for the 2012-13 seasons. Chopra has appeared in numerous ad campaigns for companies including Beats by Dr. Dre and its Pill XL speakers. Chopra is also the first Indian Guess Girl appearing in ads for the iconic American brand in their recent holiday campaign.

Jake McLaughlin (Ryan Booth) has appeared in both television series and films, including the Warner Independent Pictures feature, In the Valley of Elah, where McLaughlin was cast by director Paul Haggis as Specialist Gordon Bonner, starring alongside Tommy Lee Jones. Previous roles also include playing Bo Olinville on the television series Crash for Starz Entertainment and as William Tate in the NBC Drama Believe. Prior to his work as an actor, McLaughlin served in Iraq as part of the U.S. Army’s 3rd Infantry Division.

Aunjanue Ellis (Miranda Shaw) most recently appeared on television in BET's epic series The Book of Negroes, of which she received a Television Critics' Choice Award nomination for Best Actress in a Movie or Limited Series. Ellis has also starred in numerous movies including Tate Taylor's The Help, in which she played Yule Mae Davis, the maid arrested for allegedly stealing a ring. In 1995, Ellis made her professional acting debut as Ariel opposite Patrick Stewart's Prospero in The Tempest, directed by George C. Wolfe in a New York Shakespeare Festival/Public Theatre production that began its run at Central Park's Delacorte Theatre and later transferred to The Broadhurst Theatre on Broadway.

Yasmine Al Massri (Nimah Amin) starred opposite John Malkovich in her US acting debut in the TV drama series Crossbones. Al Massri's first big break as an actress was the award-winning Lebanese film Caramel, written and directed by Nadine Labaki. The film, Arab's most successful to date, was accepted to the Cannes Film Festival in 2007 and also earned Al Massri the Best Actress Award with the film's ensemble of actresses at the Abu Dhabi International Film Festival.

Johanna Braddy (Shelby Wyatt) landed a recurring role on ABC Family's Greek in 2009, a role for which she is still recognized and one that helped put her on the map as a hot up-and-comer. Following her work on Greek, Braddy continued to work regularly for the next four years booking roles on films such as Fame, Easy A, The Grudge 3, Paranormal Activity 3, and Hit the Floor, as well as television series including Shameless, Southland and many more.

Tate Ellington (Simon Asher) can most recently be seen in the feature films Straight Outta Compton, based on the creation of the legendary rap group N.W.A., as well as the sequel to the blockbuster horror film Sinister. Ellington's first major film role was as Robert Pattinson's best friend, Aiden, in the film Remember Me, opposite Pierce Brosnan and Chris Cooper. He also starred in the indie film, The Elephant King, which premiered at the Tribeca Film Festival and garnered him a Best Actor award at the Brooklyn International Film Festival.

Graham Rogers (Caleb Haas) was the breakout star in Hulu's smash-hit original series, Resident Advisors, in which he portrays the role of Tyler, a lovable slacker who doesn't take his RA duties too seriously (unless they involve helping a beautiful resident-damsel in distress). He also recently starred in the role of Danny on the series Revolution.

Get a sneak peek at the new drama series Quantico. A diverse group of recruits has arrived at the FBI Quantico Base for training. They are the best, the brightest and the most vetted, so it seems impossible that one of them is suspected of masterminding the biggest attack on New York City since 9/11. Don't miss the series premiere of 'Quantico' SUNDAY SEPTEMBER 27 10|9c on ABC.

'Quantico' Official Trailer|Preview the new drama 'Quantico' coming soon to ABC.|Get a sneak peek at the new drama series 'Quantico' starring Priyanka Chopra, Jake McLaughlin, Aunjanue Ellis, Yasmine Al Massri, Johanna Braddy, Tate Ellington and Graham Rogers. A diverse group of recruits has arrived at the FBI Quantico Base for training. They are the best, the brightest and the most vetted, so it seems impossible that one of them is suspected of masterminding the biggest attack on New York City since 9/11. Don't miss the series premiere of 'Quantico' SUNDAY SEPTEMBER 27 10|9c on ABC.