Quantico Gets a Full Season Pickup!

ABC gives a full season order to its hit new series Quantico! As so many fans already know, Quantico is a thrilling drama about a diverse group of FBI recruits, including Priyanka Chopra as Alex Parrish, who have arrived at Quantico headquarters for training. They are the best, the brightest and the most-vetted, so it seems impossible that one of them is suspected of masterminding the biggest attack on New York City since 9/11.

Check out this memorable scene from the series premiere and then watch the full episode without signing in!

An FBI Recruit Is a Terrorist?!|The FBI needs Alex?s help to root out the terrorist.|Right before the explosion, the FBI received 2 tips: 1) one of their own is responsible for the bombing and 2) the party responsible was compromised long before they ever came to Quantico. Initially the FBI wants Alex's help, after all she was the closest agent to the site when the bomb went off and she has been working alongside all of these people for the last six months. Later, the tone of the conversation takes a dramatic turn after evidence points directly to Alex's guilt. Watch this scene from the Quantico Pilot & Series Premiere, "Run," and don't miss Quantico ABC SUNDAYS 10|9c.

MEET THE CAST OF QUANTICO

MISSED THE SERIES PREMIERE? WATCH THE FIRST EPISODE "RUN" WITHOUT SIGNING IN! 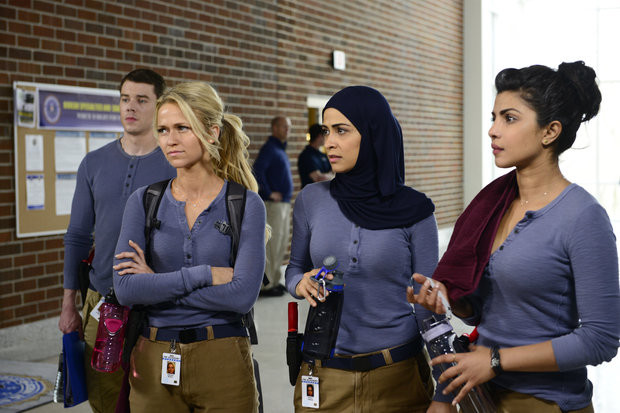