Secrets of Scandal: Guess Who's Coming to Dinner 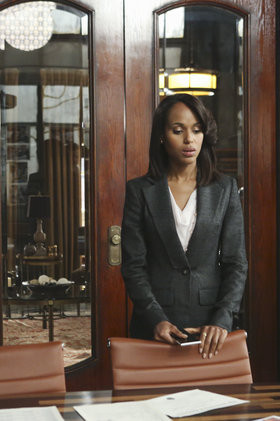 When most people hear the word “mistress,” there is one face that comes to mind – actually, a face and a little blue dress. Yes, I’m talking about none other than Monica Lewinsky, whose name has at this point become almost synonymous with the word. (If, instead, the face that comes to mind when you hear the word mistress is either Anne Boleyn or Leanne Rimes, then perhaps I should have specified “people in Nielsen’s 18-49 demographic” when I said “most people.”)

But does Monica deserve to be the one face so closely associated with allegations of extramarital affairs? Say what you want about Monica (whether you think she was a poor young girl seduced by power or a harlot who deserves all the infamy), but the truth is, she wasn’t the only alleged Clinton mistress. It seems that, when high-profile personalities get accused of having affairs, there is usually one name that becomes the face of the rumored infidelity, even if there were allegedly many other women involved. For JFK, it’s Marilyn Monroe; for Eliot Spitzer, it’s Ashley DuPre (is anyone surprised that’s not her real name?). And for Bill Clinton, it’s Monica Lewinsky.

So why does one name stick, while the Gennifer Flowers of the world become mere footnotes of history, relegated to trivia night (when, in fact, Gennifer Flowers alleged she was involved with Clinton for 12 years, while Monica claimed only 10 encounters between 1995 and 1997)? This week’s episode explores the country’s need for one name to pin to a scandal.

Last week, the OPA associates took gladiating into their own hands when they flipped the mistress script, pinning Fitz’s affair on Jeannine and taking the title away from Olivia. And this week, we see the White House scrambling to make that name stick, while Olivia and our team rally around Jeannine, trying to change the narrative.

Whether or not Jeannine’s name sticks, our characters seem very aware of the fact that the country needs a name. Rowan, in what may be a perplexing attempt at fatherly love, reminds Cyrus that Jeannine’s name doesn’t lead the White House down the same dangerous path that Olivia’s would (a path involving lawsuits and congressional subcommittees, no doubt).

To that end, Mellie orchestrates a late-night meet-up to try to convince Jeannine to take responsibility for the affair and use it to her advantage. But whether or not Jeannine was intending to go that route, we will never know for sure, because Fitz pre-empts Jeannine’s live interview and pins the affair on Jeannine himself (in a trade for Jake – who’s alive!).

So, what can Jeannine expect now that she is (at least for now) the official face of Fitzgerald Grant’s infidelity? Based on the outcomes for alleged mistresses of the past, Jeannine will certainly get her book deal and a round of interviews, as promised. But what then?

Monica Lewinsky did her big interview with Barbara Walters and authorized a bestseller biography titled Monica’s Story in 1999. After that, there was a handbag line, a stint as spokeswoman for Jenny Craig, and later as host for a dating show called “Mr. Personality.” In 2006, Lewinsky graduated from the London School of Economics with a master’s degree in social psychology and has managed to stay out of the public eye, rarely photographed, since then.

It took Monica almost a decade to get back to what seems like a normal life (although who knows what it’s really like for Monica privately). So, will the round of interviews and a bestseller be worth it to Jeannine? And will history (or, at least, the rest of season three) show that Jeannine’s name will, in fact, stick to the scandal? Stay tuned!