Once again, last week’s episode of The Bachelorette ended with a cliffhanger in San Antonio as Ian told Kaitlyn that he thinks she’s only here to “make out with dudes on TV.” Some of those dudes went home this week, starting with -- and this is probably not a big shocker -- Ian.

The episode kicked right off with Kaitlyn’s response to Ian’s outburst:

Kaitlyn Bristowe Is Offended By Ian|His final confrontation with Kaitlyn after he calls her shallow.|Ian had unloaded his many opinions of Kaitlyn Bristowe -- the most damning of which are that she's shallow and only there "to make out with dudes on TV." Kaitlyn is obviously offended, and the two of them have a final confrontation about deep connections, sense of humor, and their true intentions. From Week 6 of the 2015 season of The Bachelorette.

After Ian grabbed his limo out of there, the Rose Ceremony commenced at the Alamo. Joshua had gotten himself in hot water by saying all the guys hated Nick Viall, when it turned out that might not be the case, and that proved to be his undoing, as he and Justin were sent packing. 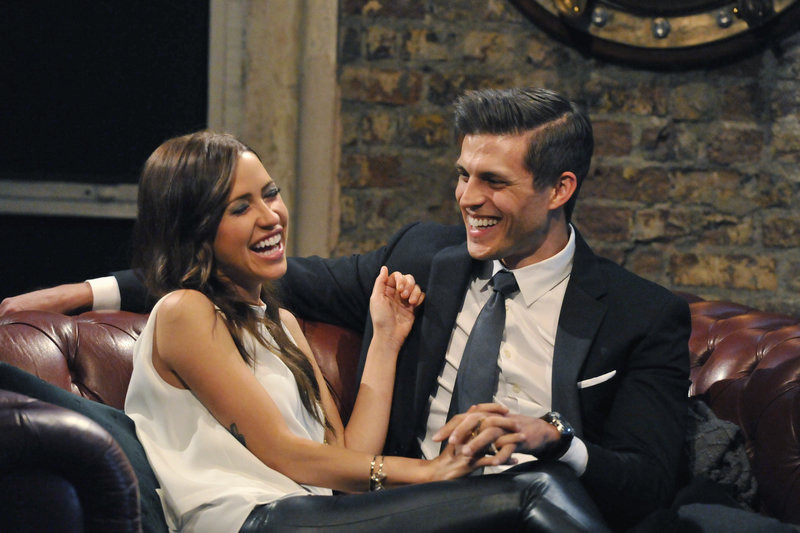 Kaitlyn and Chris "Cupcake" share some time in Ireland

Some big moments transpired during Week 6 once the gang flew to Dublin, Ireland, that will definitely impact who stays and who goes over the next few weeks. First and most explosive, Kaitlyn invited Nick to her hotel room after their one-on-one date, and then they spent the night together:

The next day, Kaitlyn was excited about the connection she has with Nick, but she also felt guilty because she’s also dating eight other guys, and some of those relationships are getting serious too. Shawn was the first to use the L Word when talking to Kaitlyn, and he revealed in this episode that in San Antonio, Kaitlyn came to his room and they stayed up all night long just talking, and that night she told Shawn that he was “The One.” Shawn is in love, and he isn’t sure he can go through with this process any longer:

Kaitlyn’s worried that Shawn knows about the night she spent with Nick. We’ll have to find out what happened next Monday. Here are the contestants who are remaining after last night's episode: