The Chew Season 5 Premiere Kicks Off on Sept. 8th

THE CHEW” IS ALL ABOUT YOU! SEASON FIVE KICKS OFF TUESDAY, SEPTEMBER 8 ON ABC

Every Day Premiere Week We Are Giving Away $10,000. How’s That For Whetting Your Appetite?

Season Five of “The Chew” is celebrating the viewers as the table is set with fabulously festive and flavorful feasts, fun food facts with fantastic friends starting TUESDAY, SEPTEMBER 8 on ABC. Hosts Mario Batali, Michael Symon, Carla Hall, Clinton Kelly and Daphne Oz return for a fun-filled season as your ultimate guides in entertaining from help with a quick fix fabulous meal to aide in a kitchen calamity. They will share their endless expertise to help our viewers become the ultimate hosts, at-home chefs or dazzle on a dime.

Premiere week of Season Five is guaranteed to be unlike any in the show’s history with IKEA partnering on a daily $10,000 giveaway! 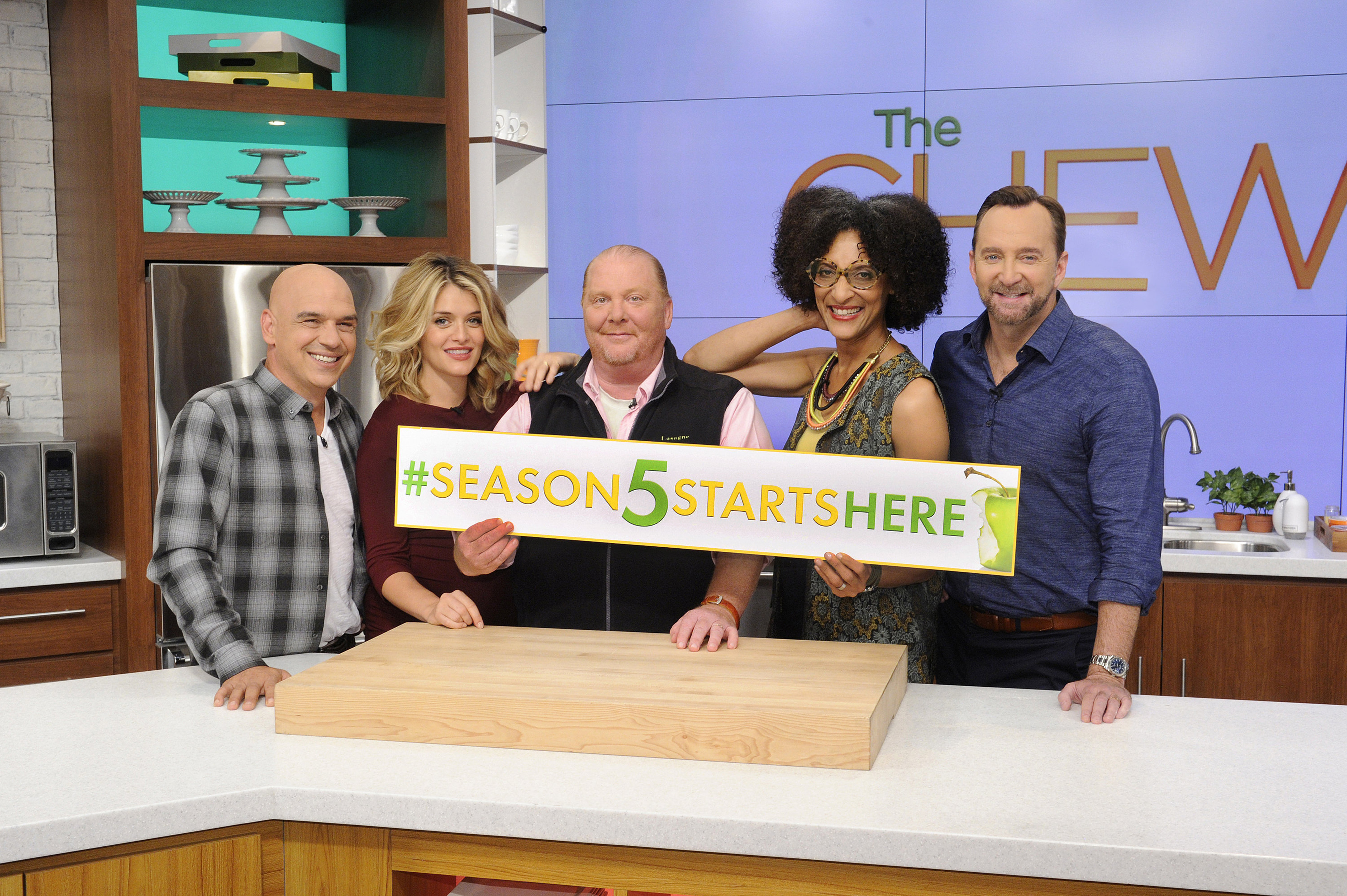 Premiere Week of “The Chew”:

MONDAY, SEPTEMBER 7 – “Just Grill It” – Sweet and delicious grilled dishes, including recipes for grilled peach crisp and fruit and nut granola; grilled poutine; a look at new gadgets for the grill.

TUESDAY, SEPTEMBER 8 – SEASON FIVE PREMIERE “From The Chew to You!” – “The Chew” kicks off Season Five with a can’t-miss viewer celebration! Cooking with the troops and an inspiring military family from Colorado Springs.

THURSDAY, SEPTEMBER 10 – “#youonthechew” – “The Chew” is throwing a potluck with “Viewer All-Stars” from around the country; introducing Dallas’ Café Momentum, giving struggling teens a second chance and a recipe for success.