Nick Viall Dishes and Tells All in The Chew Interview

On Wednesday February 8th, 2017, The Bachelor's Nick Viall stopped by The Chew to cook with the co-hosts. During the episode titled "Cook My Craving" Nick learned how to make Buttermilk Beignets. The conversation started to get as steaming hot as the bachelor himself when Clinton Kelly asked Nick about kissing several of The Bachelor contestants on the show. Clinton wonders if it is weird kissing a woman in front of the other contestants. Nick admits he tries not to do that but some of the contestants coincidentally find there way to him during those private moments. Check out the Nick Viall interview and his cooking skills in the video clip below.

The Bachelor's Nick Viall Makes Buttermilk Beignets on The Chew 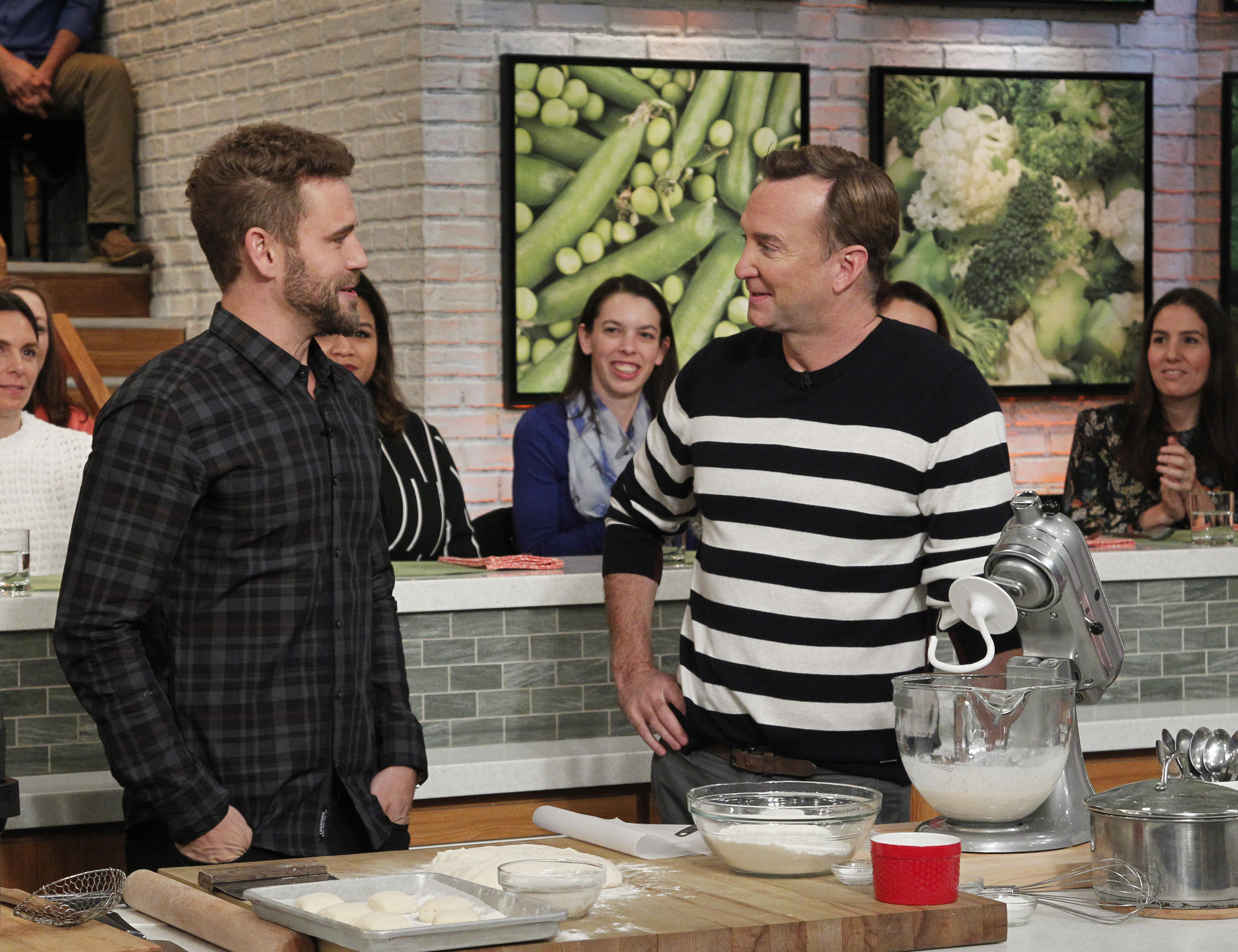 Things got even hotter when Clinton asked about 'the doin' it' with multiple women on The Bachelor 2017 season. This Bachelor dish had Chew co-host Daphne Oz shouting "hot oil, hot oil" and she was not just referring to grease they were about to use to fry the beignets. Nick's response was, "always lubricate."  Watch The Chew WEEKDAYS at 1e|12c|p.

The Bachelor's Nick Viall with The Chew Co-hosts 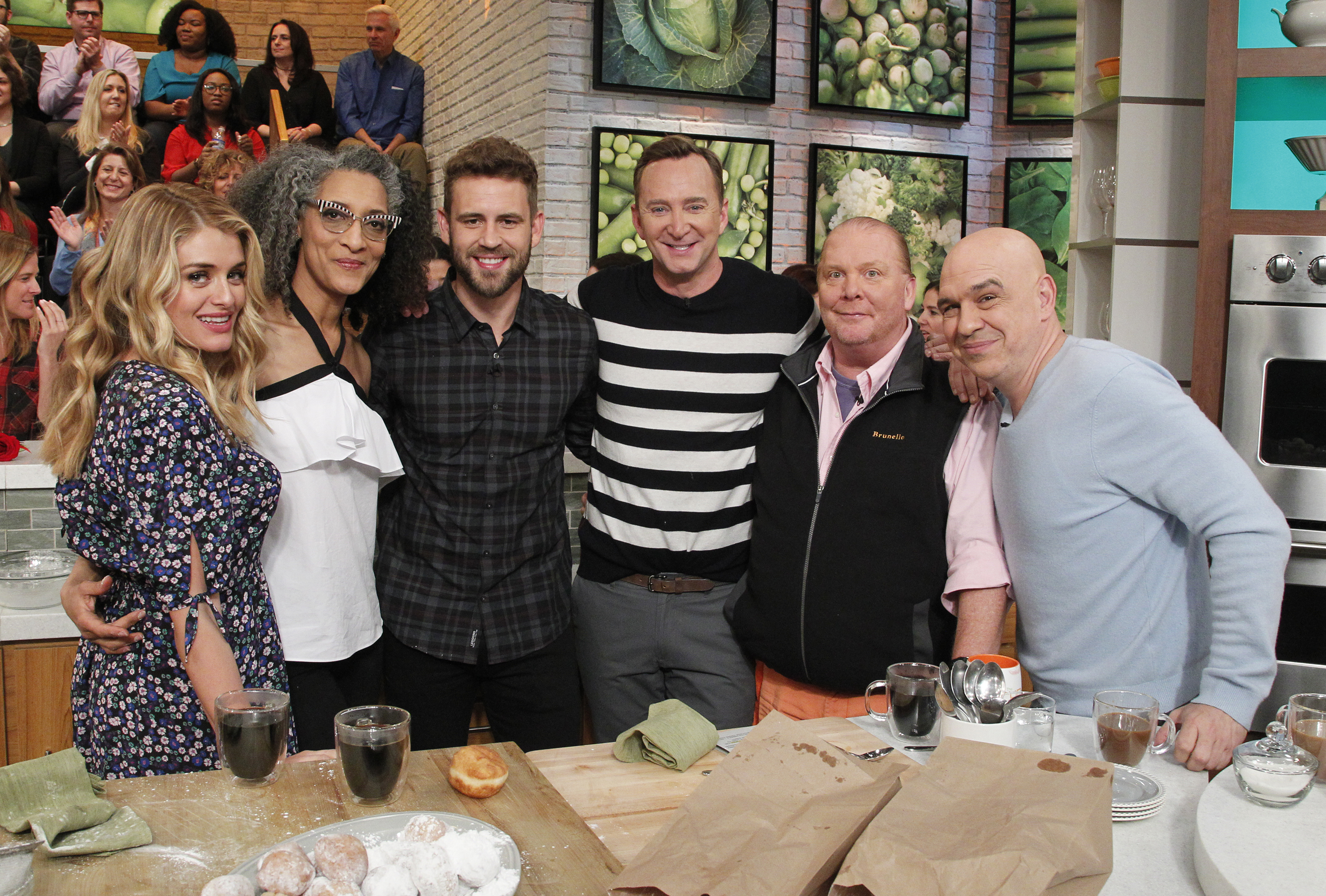