The Hecks are moving with The Middle to its new time TUESDAYS 8:30|7:30c right here on ABC! In season 9, episode 18, "Thank You For Not Kissing," premiering TUESDAY APRIL 3 8:30|7:30c, Dr. Fulton (guest star Dave Foley) calls Frankie (Patricia Heaton) and Mike (Neil Flynn) into his office to inform them that Brick (Atticus Shaffer) and Cindy (guest star Casey Burke) have been making out all over school, so Frankie tasks Mike into having a talk with his son to discuss dating etiquette. Meanwhile, Sue (Eden Sher) attempts to work up the gumption to give Sean (guest star Beau Wirick) the snow globe and confess how much she likes him; and after discovering a box full of unfinished thank you notes for gifts received over the years, Frankie orders Axl (Charlie McDermott) to finish and mail them all out. 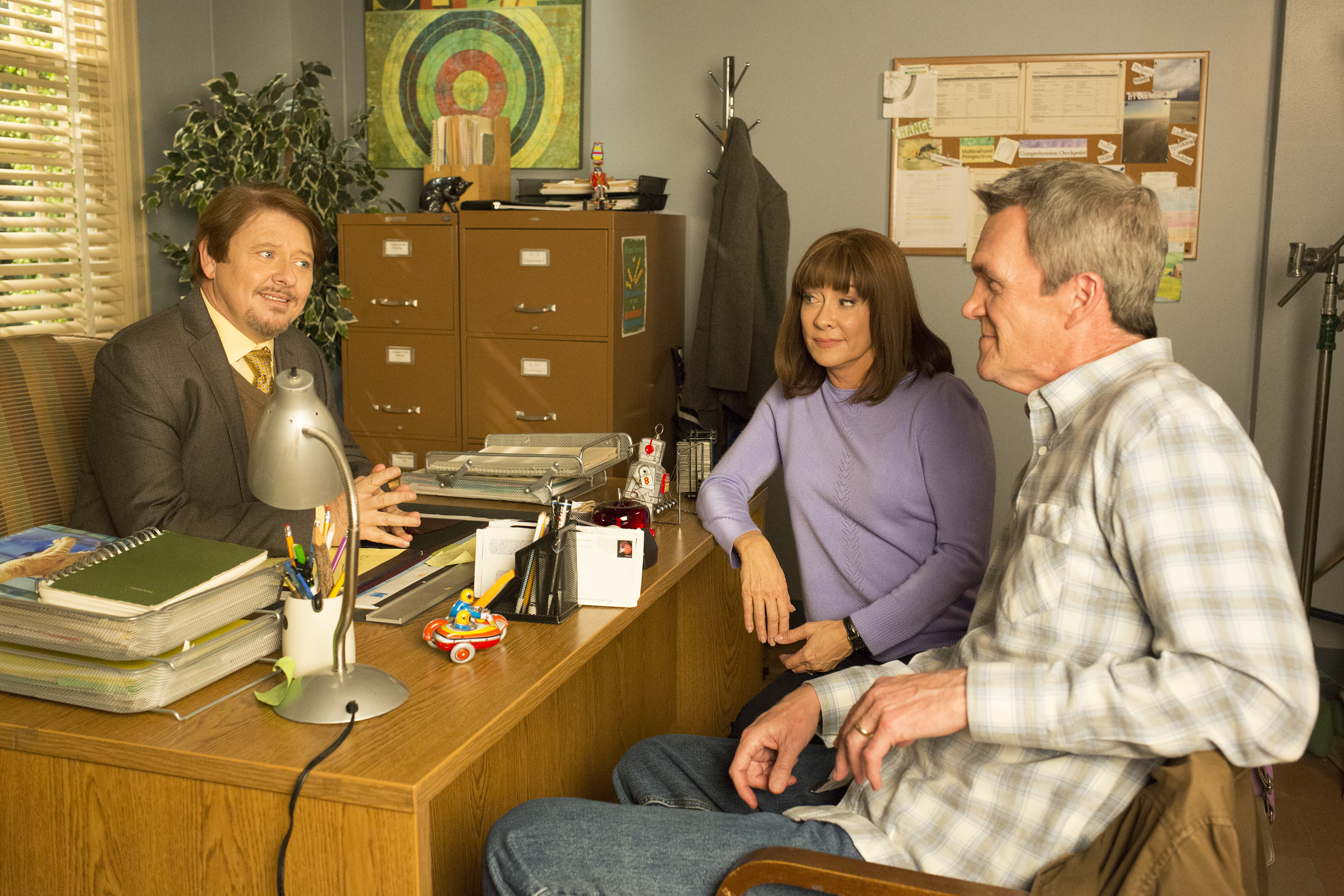 You can stream full episodes of The Middle anytime on ABC.com and in the ABC app, and new episodes TUESDAYS 8:30|7:30c on ABC!