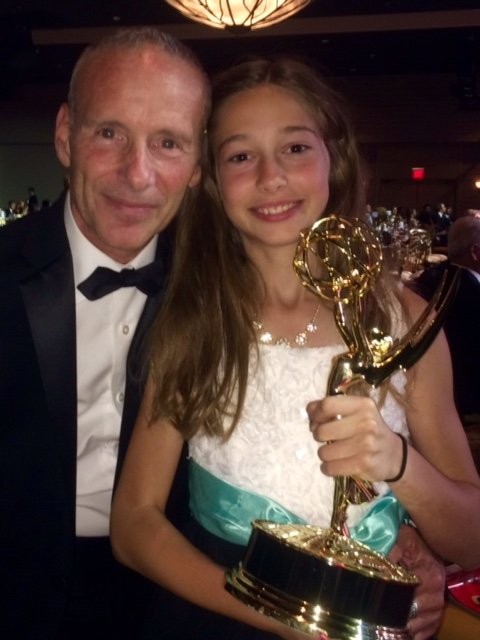 Congratulations of your 8th Emmy! How does it feel?

It feels amazing! I never take it for granted and I am always so grateful when my name is called. What made it extra special this year was I brought my 11-year-old daughter Amelia to her first ever Emmy awards. So I felt a lot more pressure than I had in the past because I wanted her to experience the sensation of my name being called.

What do you look for when casting the next soap star?

I look for that magical combination of first and foremost talent than charisma, presence, sex appeal. In other words I'm looking for the total package. It's not enough to be just a pretty face, there has to be depth, complexity and soulfulness. Is this actor someone the audience is going to want to watch day in and day out and become emotionally invested in, that's what I'm looking for.

What is your favorite part of the job?

My favorite part of the job is when the perfect person walks in and I feel when I got level like I have found it! And then to be able to see that person start working on the show and then take off, that's what it's all about!

What advice would you give to someone looking to break into casting?

Just that I love casting for General Hospital. It's challenging, fun, rewarding and every day brings a new challenge. I've been with the show over 26 years and it never grows old and I'm never not excited about coming to work.

General Hospital is one of the leading shows in the 2016 Daytime Emmy Awards race with 24 nominations!

Keep checking back for more updates!

Catch up on what you may have missed on General Hospital with our WEEKLY RECAPS!

Watch a SNEAK PEEK: Who is Following Jason & Sam?

Sam meets Jason in the park, where they realize that someone is watching them.

General Hospital, which celebrated its golden anniversary on April 1, 2013, continues its tradition of passion, intrigue and adventure that takes place in the fictional town of Port Charles in upstate New York. The glamour and excitement of those who have come to find their destinies in this familiar seaport town intertwine with the lives, loves and fortunes of beloved, well-known faces. As always, love, danger and mind blowing plot twists continue to abound on General Hospital with contemporary storylines and unforgettable characters. Watch full episodes of General Hospital WEEKDAYS on ABC.