There's never a dull moment in Bachelor Nation, and our The Bachelor Presents: Listen to Your Heart Week 2 recap provides more evidence to back up this claim. Trevor and Jamie tried to grow their relationship but were greeted with Trevor's past; Sheridan fell for Julia, but Julia is still kinda sorta falling for Brandon—and a bunch of other ladies are lined up for Brandon as well. There were kisses and there were slaps, sometimes both in the same conversation! Obviously, plenty of Listen to Your Heart spoilers follow, but you can watch the full episode of The Bachelor Presents: Listen to Your Heart season 1, episode 2 right here on ABC.com or in the ABC app—or read on for a breakdown.

Jamie gets the first date card, and she takes Trevor. She feels like they're got some potential romantically, but their musical and performing styles are a bit different. Thankfully, Trevor is making her feel comfortable instantly while they do some busking on Venice Beach. But a newcomer, Natascha, arrives while they're off on the date. She happens to be friends with Trevor's ex—and she brought tea. She says there were "indiscretions" that caused the end of that relationship. Meanwhile, Jamie is saying that every relationship she's ever had ended with her partner cheating on her. Will Trevor tell the truth?

Natascha says, "If this guy has no problem cheating on a girl after two and a half years of an intense, serious relationship, what the hell is he gonna do after meeting a girl for a couple dates?" Jamie seems to trust him, however, and after a tearful heart-to-heart, she believes Trevor is trustworthy, and they continue on.

Chris and Bri have coupled up quickly and seem to be fully in on each other. As they hang out in a Guitar Center after closing time, they geek out on all the instruments before settling in for a temperature check on their relationship. Bri says it's hard for her to express herself, but she uses song to that end. So Chris grabs a guitar and they sing their feelings for each other:

WATCH: Chris and Bri have the cutest "chat" ever

Elsewhere, Sheridan gets the next date card, and immediately asks Julia. He knows that she might still be into Brandon, but he knows he's into her, so off they go, and they end up performing sing Maren Morris's "The Bones" on live radio for their one on one date, which is terrifying and exciting for both of them. Sheridan feels like the date couldn't have gone better.

When they return home, they learn that Savannah—who is very into Brandon—received a date card, and that makes Sheridan happy, knowing he's got less competition, but Julia is noticeably disappointed when she hears Brandon is out on a date. Out in the world, Brandon and Savannah sing Peggy Lee's "Fever" with the legendary Marty and Elayne at the Dresden in LA. Savannah's feeling confident. 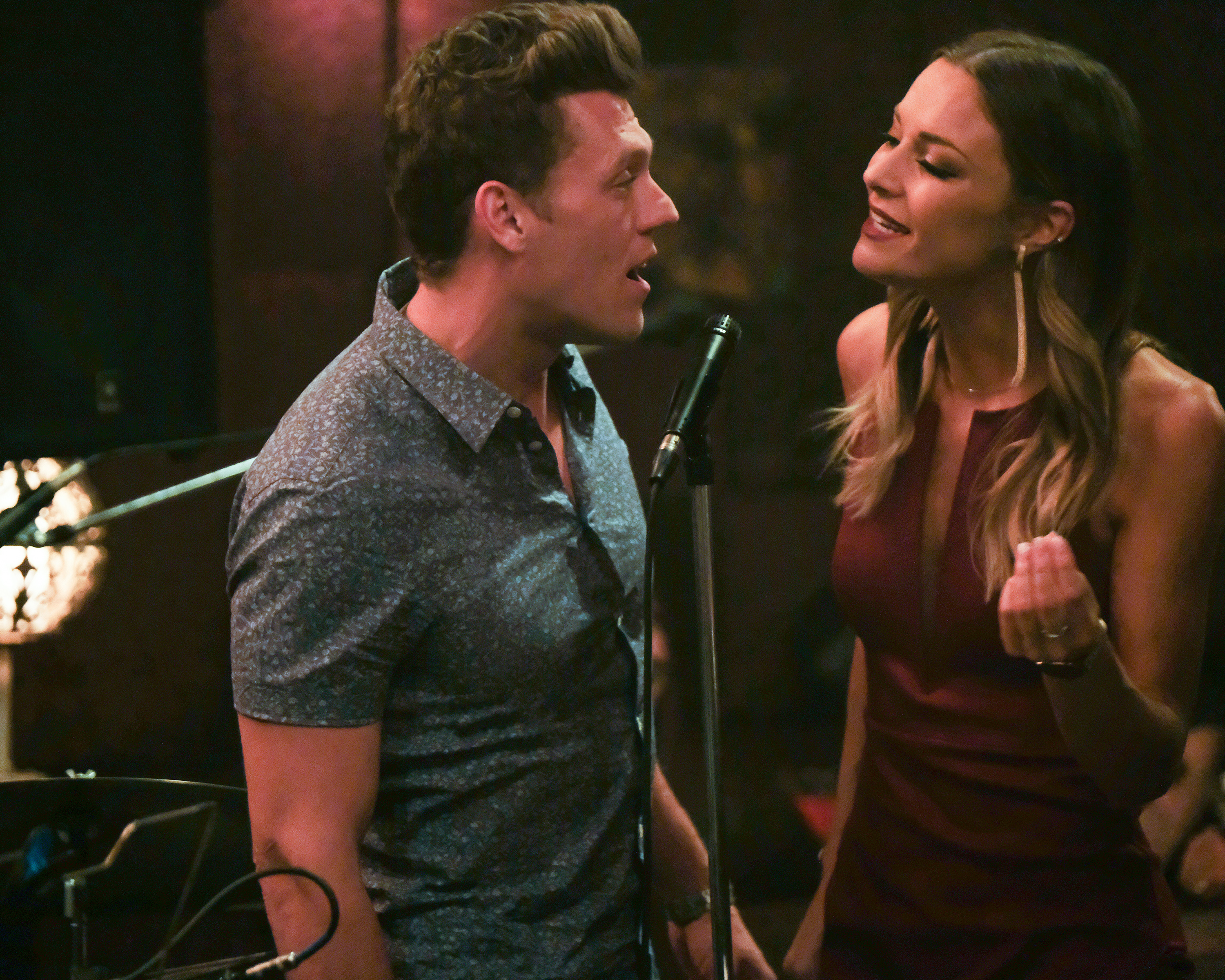 Savannah and Brandon sing a classic

The next day, Julia confirms that yes, she had a great time with Sheridan, but she still wants to see what's up with Brandon:

Sheridan thinks it was his own fault: "I think I put myself out there a little bit too much, too hard, too soon, too fast. I think I [bleep]ed up."

The Cocktail Party and Rose Ceremony

At least Sheridan knows he has a rose. Three ladies will be going home tonight, and most of them feel like they can't say for sure where their roses might be coming from.

Mel, who's a bit on the shy side, does her best to make a play for Brandon, and ends up getting a kiss. But soon after, Julia gets time with Brandon, and she gets a kiss as well, telling him that, yes, she has feelings for someone else—as does he—but that ultimately she wants what's best for him. Natascha and Ryan have a little moment as they discuss his nerdiness ands his Clark Kent vibe, and how she's totally into that. They make out a bit too. Rudi also makes a play for Ryan, though she calls him more of a Harry Potter type. He clearly doesn't mind, as they make out as well.

Afterward, however, Rudi says she didn't feel anything. So she's still pretty sure she wants Matt. So she does what any young woman would do to a guy she hopes to date romantically: She slaps him. Watch:

Then it was time for the roses. Here's where all the roses land:

That left Cheyenne, newcomer Mariana, and Mel without a rose, and headed home.

As the ceremony ended, not long after Brandon gave his rose to Savannah, and Julia accepted one from Sheridan, Brandon approached Julia to tell her he's happy she's still here so they can keep exploring this relationship. Can't imagine any drama arising from that situation whatsoever, no-sir-ee! Here's a peek at next week's episode:

WATCH: A sneak peek at Week 3 of The Bachelor Presents: Listen to Your Heart