GET THE LATEST NEWS, ANALYSIS AND VIDEOS ON THE 2022 MIDTERM ELECTION

WATCH LIVE COVERAGE ALL DAY ON ABC NEWS LIVE WITH NO SIGN-IN NEEDED! 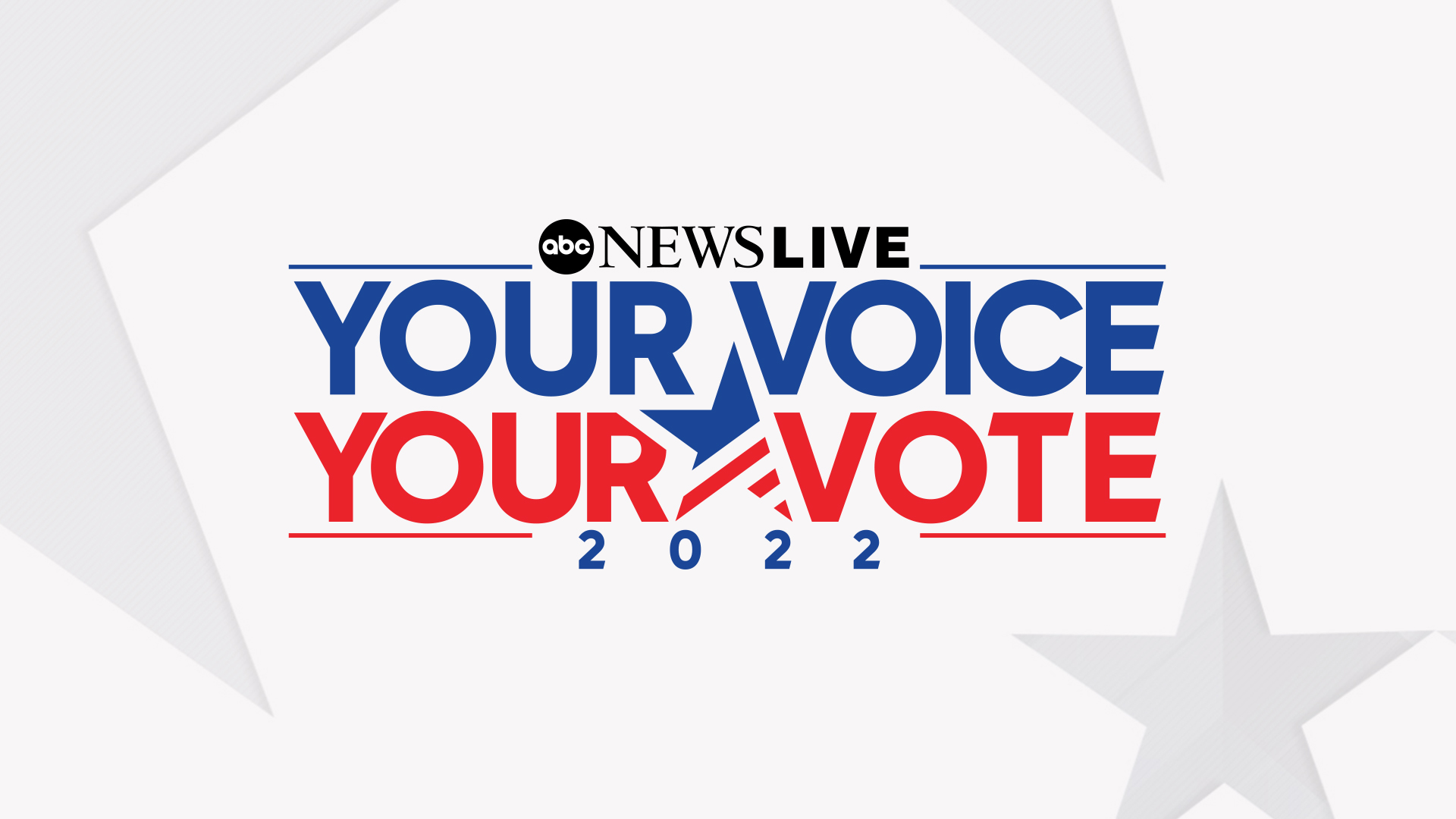 ABC News Live will provide dedicated coverage beginning in the morning and throughout the day, anchored by Diane Macedo, Moran and Kayna Whitworth, with correspondents fanned out in key battleground states — including reports from Pennsylvania, Georgia and Arizona. ABC News' election night coverage continues at 7:00 p.m. on the 24/7 streaming news channel, led by Muir, with "Prime" anchor Davis and the powerhouse political team. Kyra Phillips will also anchor updates throughout the night for ABC News Live and local ABC affiliate stations.

ABC News Digital will have extensive coverage of the midterm elections before, leading up to, and following Election Day — including stories on the balance of power, implications for President Joe Biden, whether the Jan. 6 hearings have made a difference, as well as issue-focused pieces such as on the economy, abortion and ballot measures. ABC News Digital will also have a series of three field guides, breaking down in a new graphical package how to vote, the issue of gerrymandering and what's at stake in control of the Senate. Election Day coverage will feature an election-themed homepage takeover that includes a live blog, plus exit poll analysis and breakouts on key moments and themes, including the balance of power and a full array of interactive graphics and maps to track the latest results, both nationally and state-by-state. ABCNews.com will also have a midterm video series that covers politics in education, guns and abortion, in addition to profiles and explainers leading up to Election Day.

FiveThirtyEight will have extensive political coverage leading up to Election Day.  The "Election Timeline" will launch on Monday, Nov. 7, and will keep audiences informed on when to expect election results in every state. On Election Day itself, FiveThirtyEight will have its election night live blog, which will go live in the morning, featuring preliminary analysis and coverage of any voting access issues. As results begin to come in, it will swing into real-time election analysis with all the wit, insight, data and graphics our readers expect from the site. Once the balance of power is settled, FiveThirtyEight will launch a follow-up uncalled races live blog to track uncalled races in the days following the election. The FiveThirtyEight Politics Podcast will have three episodes this week in the lead up to the election, with a final preview next week and emergency reaction the moment the results are in.

ABC News' flagship daily podcast "Start Here," hosted by Brad Mielke, will have a special episode from the network's election headquarters, featuring interviews with correspondents on the latest analysis of the night's results.

The ABC News docuseries "Power Trip: Those Who Seek Power and Those Who Chase Them" continues to follow the network's seven campaign reporters as they cover the campaigns in battleground states across the country, with "Good Morning America" co-anchor and "This Week" co-anchor George Stephanopoulos as their guide and mentor. New episodes drop every Sunday, with the season finale on Sunday, Nov. 13, following Election Day. Episodes are available to stream on Hulu, and ABC News Live will feature a binge block of every episode on Nov. 5 and Nov. 6, starting at 5:00 p.m.

ABC NewsOne, the affiliate news service of ABC News, will be reporting live with results from Capitol Hill with multiplatform reporters Justin Finch and Em Nguyen and offering analysis from Klein. NewsOne provides news content and services for more than 200 ABC affiliates and international news partners.