ABC Owned Television Stations is expanding its true-crime and "Unsolved" slate to release on Hulu on Dec. 21 to meet its audience's growing interest. True-crime followers from across the country can stream some of the popular local stories on Hulu that were investigated and covered on ABC-owned news stations but carried national appeal. The station group's slate highlights greed, murder and a mysterious disappearance, produced respectively by news station leaders 6ABC/WPVI-TV Philadelphia, ABC13/KTRK-TV Houston and ABC7/KABC-TV Los Angeles. ABC Owned Television Stations' slate, set to be released Tuesday, Dec. 21, on Hulu, includes the following productions: 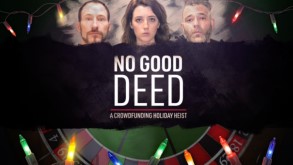 6ABC/WPVI-TV Philadelphia premieres the documentary "No Good Deed: A Crowdfunding Holiday Heist," about what started as a heartwarming 2017 holiday story that turned into the biggest scandal in GoFundMe history, which WPVI investigated and  reported. WPVI investigative reporter Chad Pradelli and Special Projects producer Cheryl Mettendorf are co-executive producers. "No Good Deed" updates viewers about Johnny Bobbitt Jr., a homeless man, who gave his last $20 to help a woman, Katelyn McClure, who ran out of gas.  At the time, WPVI and other local stations covered the touching story that went viral and became a national story as McClure created a GoFundMe page to help him out of homelessness. As the story went viral, McClure and her boyfriend, Mark D'Amico, raised nearly a half-million dollars for Bobbitt and appeared on local and national news shows.  But lavish social media posts of luxury spending sprees, parties, gambling and other strange behavior led Pradelli and Mettendorf to begin investigating. As pressure built around the trio, a fallout ensued eventually exposing the "Good Deed" as a lie that defrauded GoFundMe and thousands of kindhearted supporters.

As Danny Gordan, former vice president for Trust and Policy at GoFundMe, states in the documentary, "This was the largest GoFundMe guarantee payout that the company has had done and I think to this day is still the largest. And that tells you something."

Pradelli and Mettendorf speak to family and friends of those criminally charged, prosecutors and GoFundMe executives. The hourlong documentary shares an explosive audio recording of McClure and D'Amico and newly released excerpts from WPVI's 2018 exclusive interview with Bobbitt. "No Good Deed" explores how social media contributed to the significant increase in donations and ultimately brought down the trio.

"Acts of kindness bring out the best in people but this is a story that brought out the worst," said Pradelli. 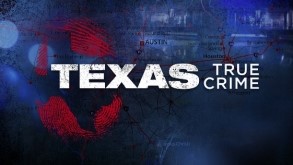 "Deciding to share these locally produced true-crime stories on Hulu is indicative of the demand we are seeing from viewers who are obsessed with the content," said Wendy Granato, president and general manager of KTRK. "It also speaks to the experience of our reporters, whose work gives a voice to the victims." Since producing true crimes and unsolved cases, ABC13 receives numerous phone calls from community members and has worked with more than a dozen law enforcement agencies and investigators to help solve crimes. 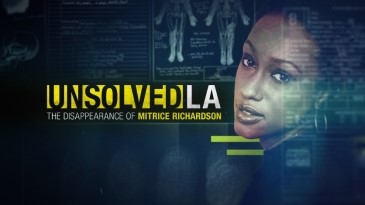 ABC7/KABC-TV Los Angeles, the most-watched station in Southern California, releases "Unsolved LA: The Disappearance of Mitrice Richardson" on Hulu about a 2009 unsolved mystery of a young woman who vanished near Malibu Creek State Park.  In the hourlong special, ABC7 Veronica Miracle examines the case of Richardson who, before going missing, appeared to have a mental health crisis in an upscale Malibu restaurant that led to her being brought to an LA county jail. Controversy ensued regarding how she was released in the middle of the night with no phone or car and vanished. Her remains were found 11 months later in a remote canyon nearby. Miracle looks at the events leading up to her disappearance, retraces Richardson's steps, talks to those who loved her, and revisits how law enforcement treated her before and after her disappearance.