ABC announced today the greenlight of 10-episode courtroom comedy series "Judge Steve Harvey" (working title). The judge, the jury and the star of the series, Steve Harvey, will welcome a variety of conflicts and characters to his courtroom – from small claims to big disputes and everything in between. Steve plays by his own rules, basing his courtroom on his own life experiences and some good old common sense. The one-hour primetime unscripted comedy "Judge Steve Harvey" (working title) will premiere on ABC in 2022. 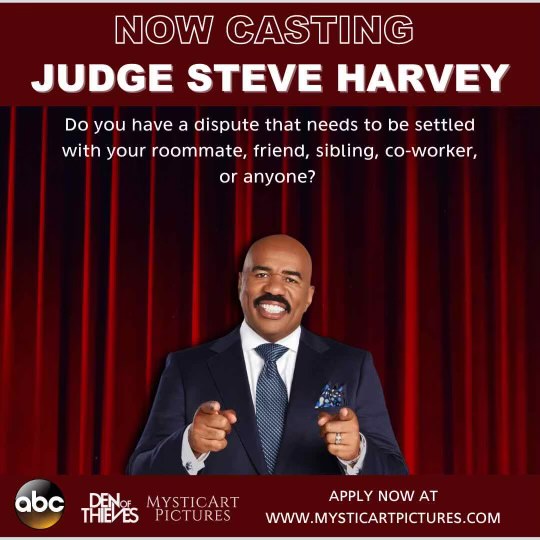 Casting is currently underway for the series. More information can be found here.