When Is A Charlie Brown Christmas Movie on TV 2019?

A CHARLIE BROWN CHRISTMAS – Celebrate the joy of the holidays with the classic animated Christmas-themed PEANUTS special, "A Charlie Brown Christmas," created by the late cartoonist Charles M. Schulz. In the digitally remastered 1965 special, Charlie Brown complains about the overwhelming materialism that he sees everywhere during the Christmas season. Lucy suggests that he become director of the school Christmas pageant and Charlie Brown accepts, but it proves to be a frustrating struggle. When an attempt to restore the proper spirit with a forlorn little fir Christmas tree fails, Charlie Brown needs Linus' help to learn what the real meaning of Christmas is. In addition, another PEANUTS special based on the works of Charles Schulz, "Charlie Brown's Christmas Tales," will also air with the Emmy®-winning classic. (8:00-9:00 p.m.) 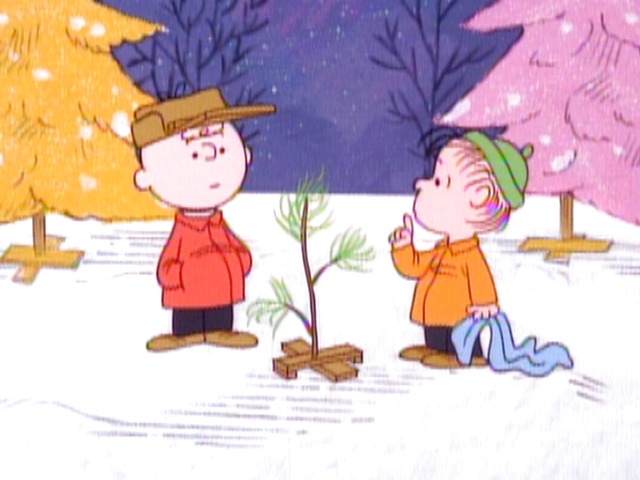 I WANT A DOG FOR CHRISTMAS, CHARLIE BROWN – "I Want a Dog for Christmas, Charlie Brown" centers on ReRun, the lovable but ever-skeptical younger brother of Linus and Lucy. It's Christmas vacation and, as usual, ReRun's big sister is stressing him out, so he decides to turn to his best friend, Snoopy, for amusement and holiday cheer. However, his faithful but unpredictable beagle companion has plans of his own, giving ReRun reason to ask Snoopy to invite his canine brother, Spike, for a visit. The cast of "I Want a Dog for Christmas, Charlie Brown!" includes Jimmy Bennett as ReRun, Adam Taylor Gordon as Charlie Brown, Ashley Rose Orr as Lucy Van Pelt, Corey Padnos as Linus Van Pelt, Hannah Leigh Dworkin as Sally, Nick Price as Schroeder, Jake Miner as Pig Pen/Franklin, Kaitlyn Maggio as the little girl and Bill Melendez as Snoopy. (7:00-8:00 p.m.)

HAPPY NEW YEAR, CHARLIE BROWN – ABC and the PEANUTS gang will ring in the new year with the animated PEANUTS special "Happy New Year, Charlie Brown," created by late cartoonist Charles M. Schulz, along with "She's a Good Skate, Charlie Brown." In "Happy New Year, Charlie Brown," the PEANUTS gang is ringing in 1986, and Marcie and Peppermint Patty are throwing a big New Year's Eve bash. Charlie Brown plans to celebrate the holiday by curling up with a big book that weighs nearly as much as he does, Tolstoy's "War and Peace." The book's weight doesn't stop him from lugging it to Lucy's pre-party dance class, where he cuts a mean rug with a rollicking Patty. With just 1131 pages to go, Charlie Brown takes another break, this time for the party, and summons the courage to invite his true love, the little red-haired girl. She doesn't respond, but hapless Chuck shows up anyway—with Tolstoy in tow. Then, he settles down with the book—on a porch swing in a snowstorm—and in so doing, misses the evening's big surprise. In "She's a Good Skate, Charlie Brown," disaster strikes as Peppermint Patty heads to her first major ice-skating competition with coach Snoopy and faithful companion, Marcie, by her side. As always, the unassuming Woodstock flies in to save the day (8:00-9:00 p.m.)