Watch "Cast From the Past" Week Episodes on the ABC App

Cast members and creative teams from iconic television series and films reunite on ABC prime time in "Cast from the Past Week," beginning MONDAY, OCT. 7. Featured will be actors and behind-the-scenes talent from "Blues Brothers 2000," "Castle," "Charmed," "Cheers," "Crazy Rich Asians," "The Drew Carey Show," "Girlfriends," "House," "Think Like a Man" and "Wet Hot American Summer" as they reunite with former castmates on ABC dramas and comedies in an unforgettable week-long event. The following are details about participating shows; all times are EDT:

"DANCING WITH THE STARS" - It's another week of competition as 10 celebrity and pro-dancer couples compete on the fourth week of the 2019 season of "Dancing with the Stars," live (8:00-10:00 p.m. EDT) on ABC. As part of ABC's "Cast from the Past" week, where iconic TV show and film talent reunite in episodes on the network's comedies and dramas, "Dancing" Season 17 alumni Leah Remini will be a guest judge for the very first time!

WATCH "MOVIE NIGHT" ON DANCING WITH THE STARS HERE

"THE GOOD DOCTOR" – Robert Sean Leonard ("House") checks into "The Good Doctor." Both series were created by executive producer David Shore. "Claire" – Dr. Claire Brown faces complications at home and work as she prepares to lead her first surgery. Meanwhile, a sports fishing accident challenges the rest of the staff as they look to treat the fisherman's (Robert Sean Leonard) injuries without damaging his prize catch. (10:00-11:00 p.m.)

"THE CONNERS" – This episode reunites John Goodman and Dan Aykroyd ("Blues Brothers 2000") as poker buddies. "The Preemie Monologues" – Harris is forced to confront Darlene about her lifestyle, while Jackie involves herself in other people's problems to avoid confronting her own. Meanwhile, Becky is overwhelmed by the costs of raising a baby, so her family steps in to help. (8:00-8:30 p.m.) 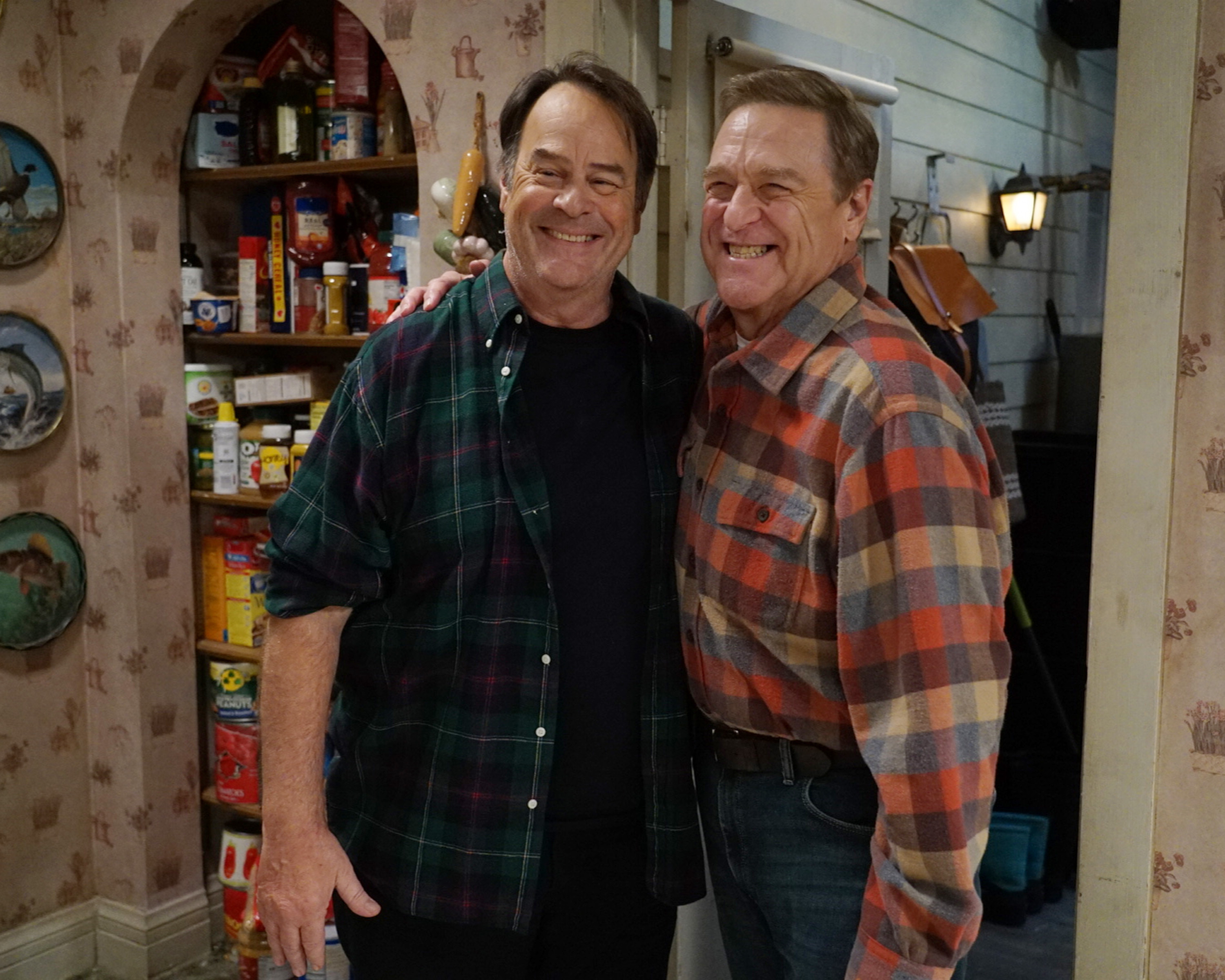 "BLESS THIS MESS" – Michael Ian Black is reunited with "Wet Hot American Summer"'s Lake Bell when he guest stars. "Omaha" – The ladies head to Omaha for their annual gyno exams, but the trip quickly goes off the rails: Jealous of Beau's new dating profile on FarmersOnly, Kay is determined to find a guy to hook up with, with Rio as her wing woman. Back home, Mike, Rudy and Beau bond when an accident leaves them stranded in a tree. (8:30-9:00 p.m.)

"BLACK-ISH" – "Girlfriends" stars Golden Brooks, Jill Marie Jones and Persia White reunite with Tracee Ellis Ross. "Feminisn't" – When Bow learns that Diane and Ruby don't believe in feminism, she brings Diane to meet the women in her feminist group. Bow's friend Abby thinks the group needs to be more inclusive, so Bow invites three of her girlfriends to join. Meanwhile, Junior and Jack help Dre after he realizes he is out of touch with modern-day feminism. (9:30-10:00 p.m.)

"SINGLE PARENTS" – Adam Brody, Leighton Meester's real-life husband and former co-star ("Life Partners," "The Oranges"), returns as Angie's ex-boyfriend Derek. "Derek Sucks" – Angie is sent into a tailspin when her long-absent ex-boyfriend Derek, Graham's father, suddenly appears on her doorstep. She asks Will and Miggy for help because, despite his faults, she can't resist Derek. Meanwhile, Douglas and Poppy try for a romantic second date. (9:31-10:00 p.m.)

"GREY'S ANATOMY" – Charmed" stars Alyssa Milano and Holly Marie Combs are reunited with executive producers Krista Vernoff and Andy Reaser, who were writers on "Charmed."  "Reunited" – A patient at the hospital is brain dead after falling into a construction site, and her two sisters must decide whether or not to keep her alive. (8:00-9:01 p.m.)

"A MILLION LITTLE THINGS" – Jerry Ferrara guest stars and is reunited with "Think Like a Man" castmate Romany Malco. "mixed signals" – On the verge of becoming a filmmaker, Rome takes a meeting with an old producer friend which causes him to feel torn about the creative changes he suggests for his script. Meanwhile, Gary steps in to help Danny prepare to audition for his school play, while Delilah craving some adult time agrees to go to dinner with Andrew. (9:01-10:01 p.m.)

"AMERICAN HOUSEWIFE" – Westport rocks as Drew Carey, Ryan Stiles and Kathy Kinney guest star in an episode that reunites them with Diedrich Bader. "Bigger Kids, Bigger Problems" – When Anna-Kat's school lunch lady (Kathy Kinney) refuses to make simple eco-friendly changes in the school cafeteria, Greg enlists the help of his friend and fellow environmentalist Bill Doty (Ryan Stiles). In an attempt to win over the lunch lady, they put on a show at the school highlighting the importance of recycling; but when those efforts fail, Greg is forced to call in reinforcements: "Mr. Green" (Drew Carey)! (8:00-8:30 p.m.) 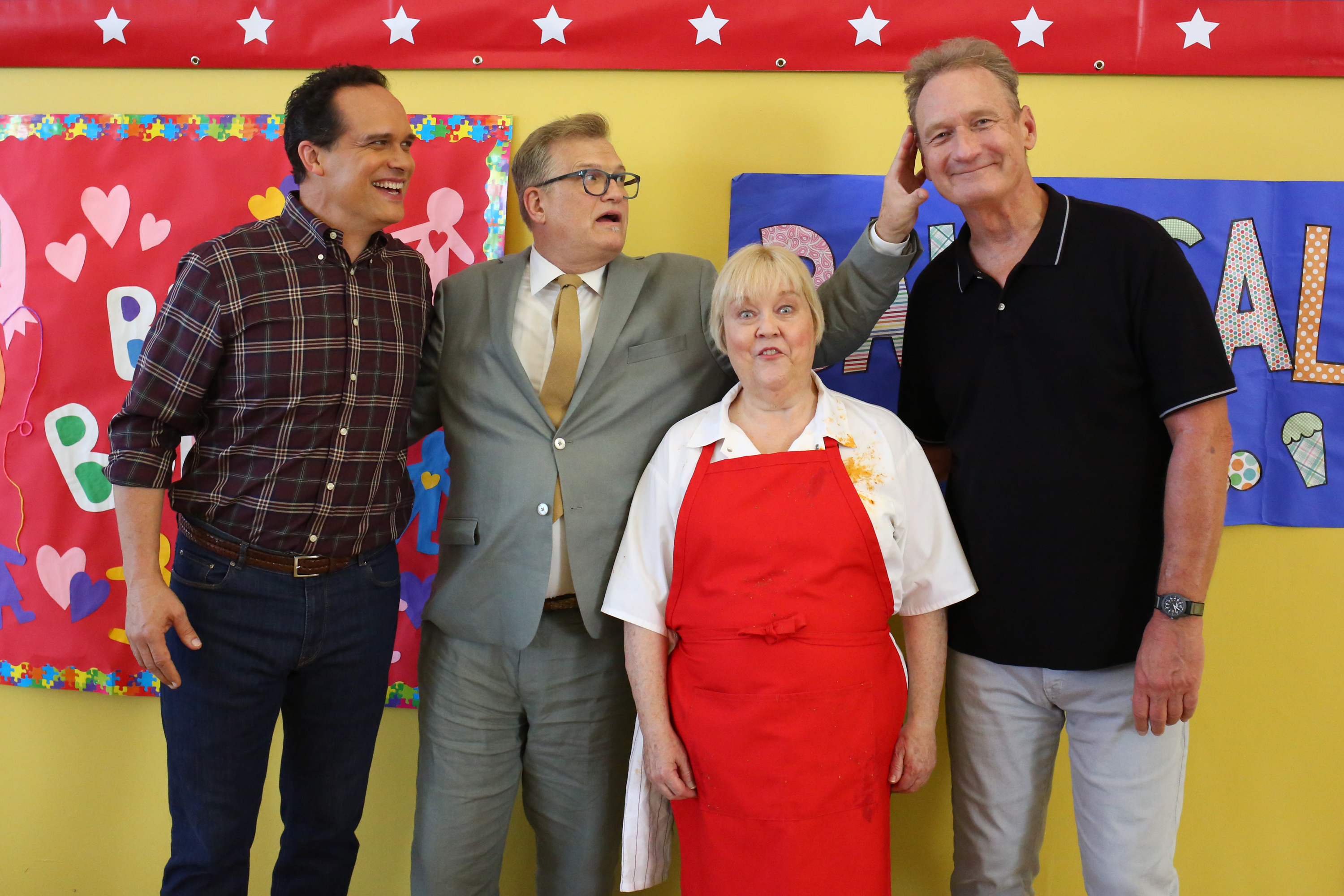 "FRESH OFF THE BOAT" – Ken Jeong ("Crazy Rich Asians") returns as Louis's brother Gene. "Grandma's Boys" – After seeing Marvin blissfully enter retirement, Grandma Huang decides it's her turn to retire from ... something; but when Louis fails in celebrating her the way she wanted, it will take a visit from Hurricane Gene (and maybe a hot tub) to make things right. (8:30-9:00 p.m.) 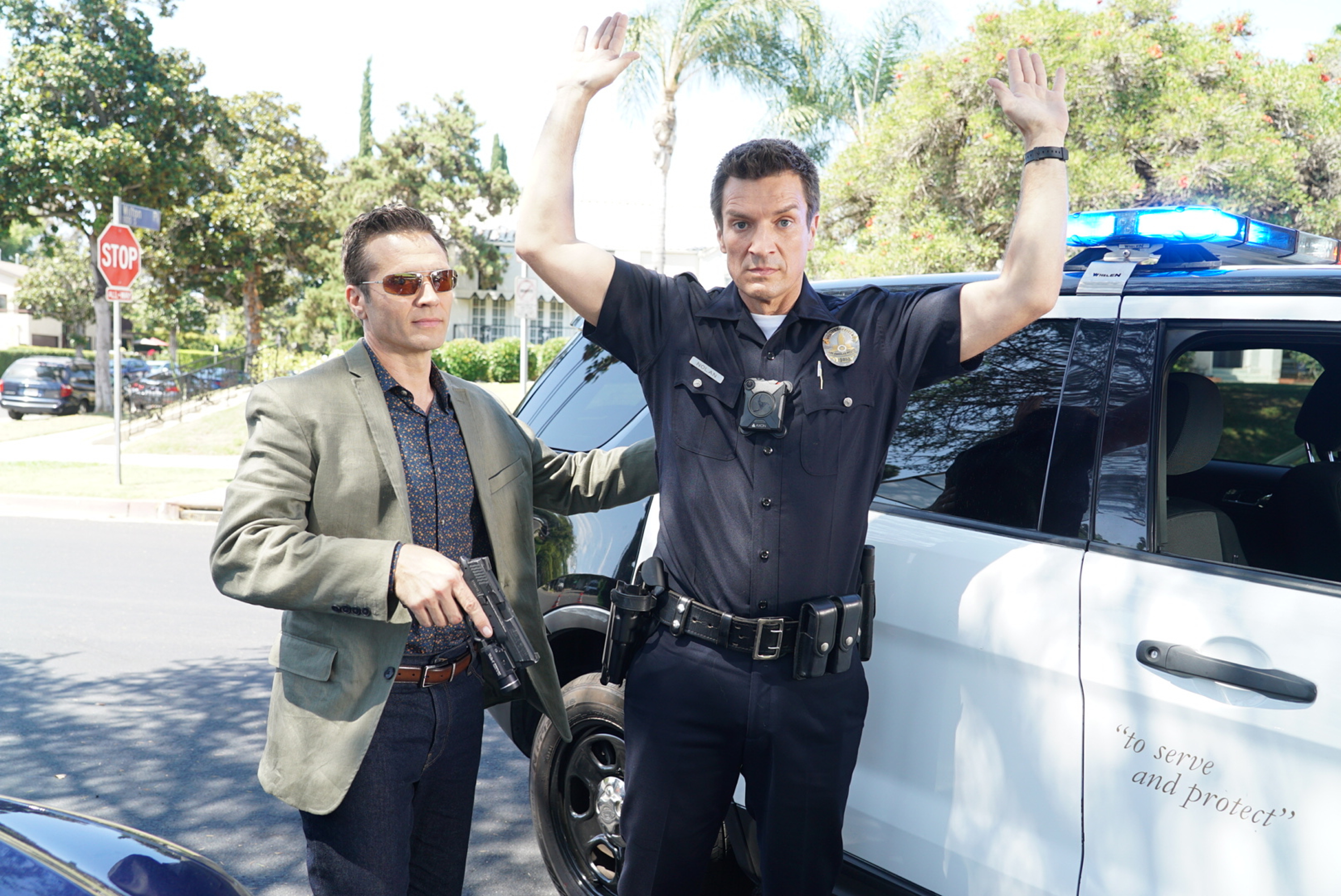