Honoring the life and legacy of the remarkable storyteller, activist and philanthropist Norman Lear, ABC will present a one-night-only celebration, "Norman Lear: 100 Years of Music and Laughter." The special will pay homage to the man behind some of television's greatest stories and will feature an impressive lineup of celebrity guests and musical performances to celebrate his 100th birthday, airing THURSDAY, SEPT. 22 (9:00-11:00 p.m. EDT), on ABC and available the next day on Hulu. Special guests and performers will be announced at a later date. Be sure to watch on the ABC app from your smartphone and tablet (iOS and Android), computer on ABC.com and connected devices (Roku, AppleTV and Amazon Fire TV). ABC programming can be viewed on demand and on Hulu - where even more episodes of your favorites may be streaming right now! 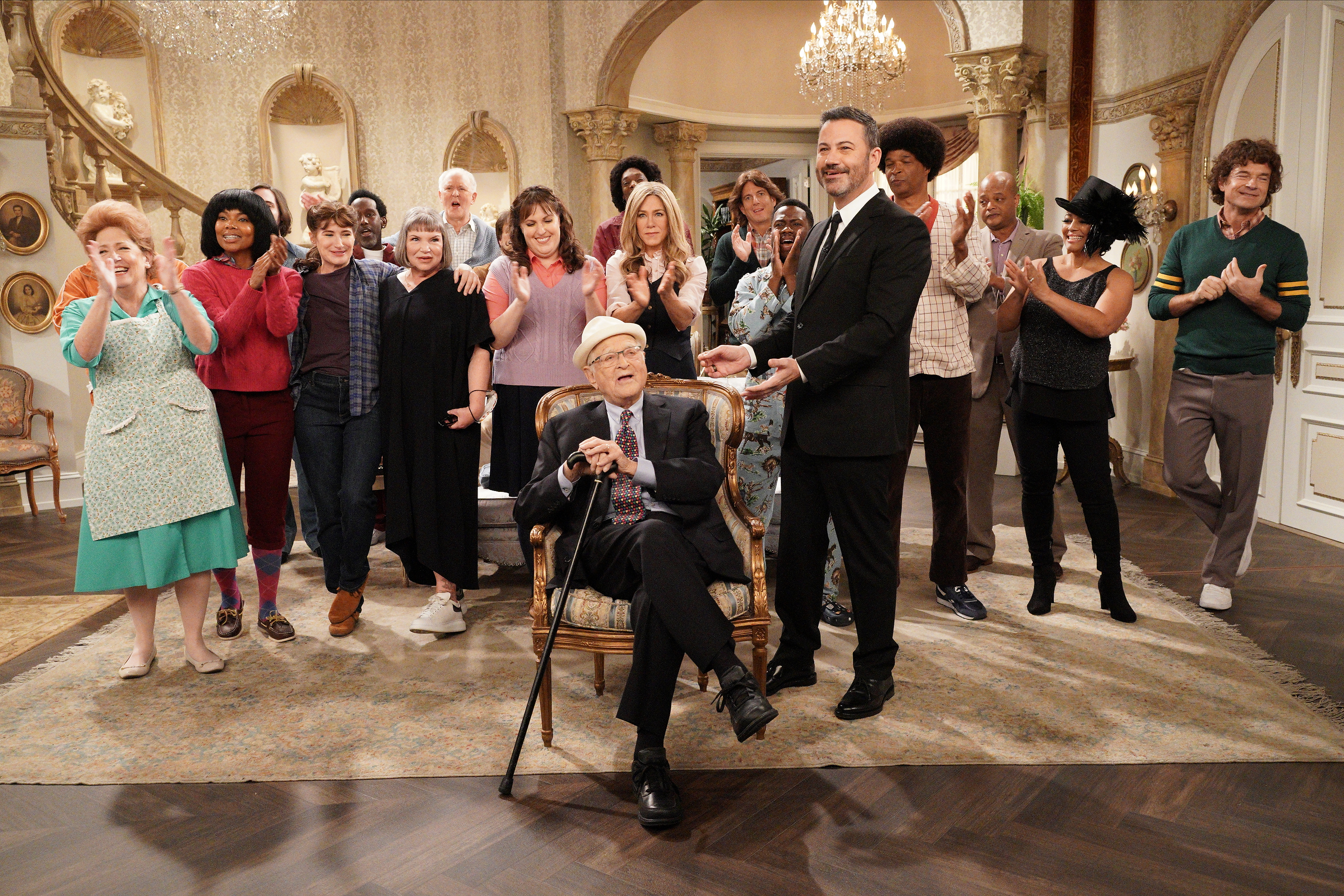 WATCH THE "LIVE IN FRONT OF A STUDIO AUDIENCES" SPECIALS NOW WITH NO SIGN-IN NEEDED!

Jennifer Aniston, Jimmy Kimmel, Amy Poehler and Octavia Spencer are set to appear and celebrate the iconic television pioneer Norman Lear in the upcoming special, "Norman Lear: 100 Years of Music and Laughter," airing THURSDAY, SEPT. 22 (9:00-11:00 p.m. EDT), on ABC and available the next day on Hulu. Honoring the life and legacy of the remarkable storyteller, activist and philanthropist Norman Lear, the one-night-only celebration features intimate conversations, special performances and surprise reunions that pay homage to the man behind some of television's greatest stories in celebration of his 100th birthday. 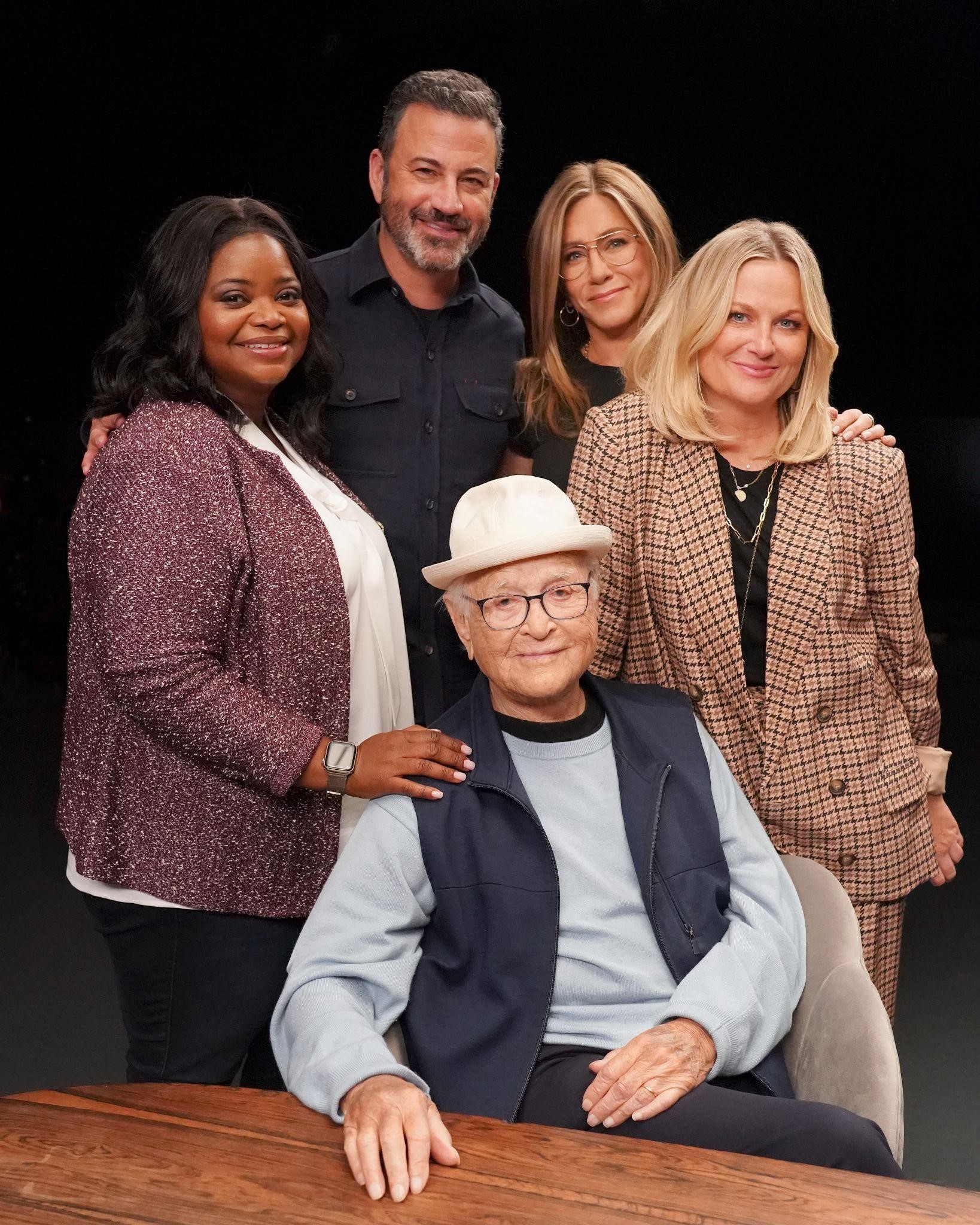 "I've always believed music and laughter have added time to my life. I've seen a lot throughout my 100 years, but I would've never imagined America having a front-row seat to my birthday celebration," said Lear. Additional talent and performances will be announced at a later date.

About Norman Lear: Norman Lear is a television and film writer/producer whose dynamic career in Hollywood has encompassed both the Golden Age and Streaming Era. He served as executive producer to the critically acclaimed reimagining of "One Day at a Time," which ran for four seasons and was the first Netflix series to be renewed for network television (PopTV and CBS). Lear executive produces and co-hosts "Live in Front of a Studio Audience…," alongside Jimmy Kimmel. The series set record ratings for ABC and won the Emmy® for Outstanding Variety Special for two consecutive years.

Lear's social and political activism extends beyond the messaging of his programs, and he continues to be a strong advocate for civic duty and progressive American values.

Born in 1922 in New Haven, Connecticut, Lear attended Emerson College before flying 52 combat missions over Europe during World War II. Upon his return, he began a successful career writing and producing programs like "The Colgate Comedy Hour" and "The Martha Raye Show" — ultimately leading to Lear captivating 120 million viewers per week with his iconic shows of the 1970s and '80s — "All in the Family," "Good Times," "The Jeffersons," "Maude" and "Mary Hartman, Mary Hartman."

As Lear began witnessing the rise of the radical religious right, he put his television career on hold in 1980 to found People For The American Way. Today, the organization is over 1 million members and activists strong and continues to fight right-wing extremism while defending constitutional values like free expression, religious liberty, equal justice under the law, and the right to meaningfully participate in our democracy. In 2000, The Norman Lear Center at the USC Annenberg School for Communication and Journalism was founded as a nonpartisan research and public policy center to study the social, political, economic and cultural impact of entertainment on the world.

Lear is a 2017 Kennedy Center Honoree, a recipient of the National Medal of Arts in 1999 and the Peabody Lifetime Achievement Award in 2016, and a proud member of the inaugural group of inductees to the Television Academy Hall of Fame in 1984. He has won six Primetime Emmys and a Golden Globe®. He is the husband of Lyn Davis Lear and the father to six children and four grandchildren.

About Done+Dusted: Done+Dusted is a global entertainment group with offices in Los Angeles, London and Abu Dhabi and the preeminent producer of live television events in the world; creating and capturing the moments that make headlines and shape culture. Whether it is producing "The Emmys," "The Little Mermaid Live!," "Mariah Carey's Magical Christmas Special," "The Disney Family Singalong"– or any of the other 300+ productions D+D have bought to life, everything they produce bears the distinct badge of quality that makes it, unequivocally… Done+Dusted.