July 30th is known around the world as Golden Girls Day! Okay, maybe it's not the global celebration we're claiming it to be, but it should at least be a national holiday in Miami Beach where Dorothy, Blanche, Rose and Sophia spent their, well, "golden" years. It's no coincidence that July 30th is also National Cheesecake Day since that particular dessert was a go-to treat for the girls. Of course, there's no need to wait until summer to start celebrating these two equally-important events? We've got you covered. All seven seasons of The Golden Girls are now streaming on Hulu! So grab a cheesecake or two and start binging! With The Golden Girls that is. Not the cheesecakes. Okay, binge the cheesecakes, too!

See how it all got started with the very first episode of The Golden Girls now streaming on Hulu! 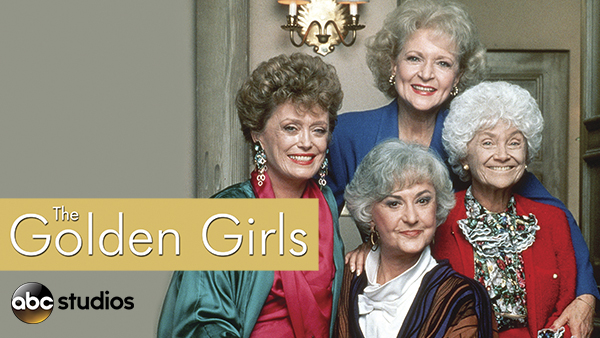 THE GOLDEN GIRLS FULL SERIES IS NOW STREAMING ON HULU - SO GO WATCH NOW AND THANK YOU FOR BEING A FRIEND!

RELATED: GOTTA GET YOURSELF SOME GOLDEN GIRLS GOODIES? HIT THE ABC SHOP HERE!

Golden Girl Betty White is a TV legend who made several guest appearances on the also-legendary series The Simpsons. She appeared in Season 11, Episode 15 "Missionary Impossible" as well as Season 18, Episode 16 "Homerazzi." Missed Betty White in her animated adventures in Springfield? No problem! The first 30 seasons of The Simpsons are now streaming on Disney+.

START STREAMING THE FIRST 30 SEASONS OF THE SIMPSONS ON DISNEY+