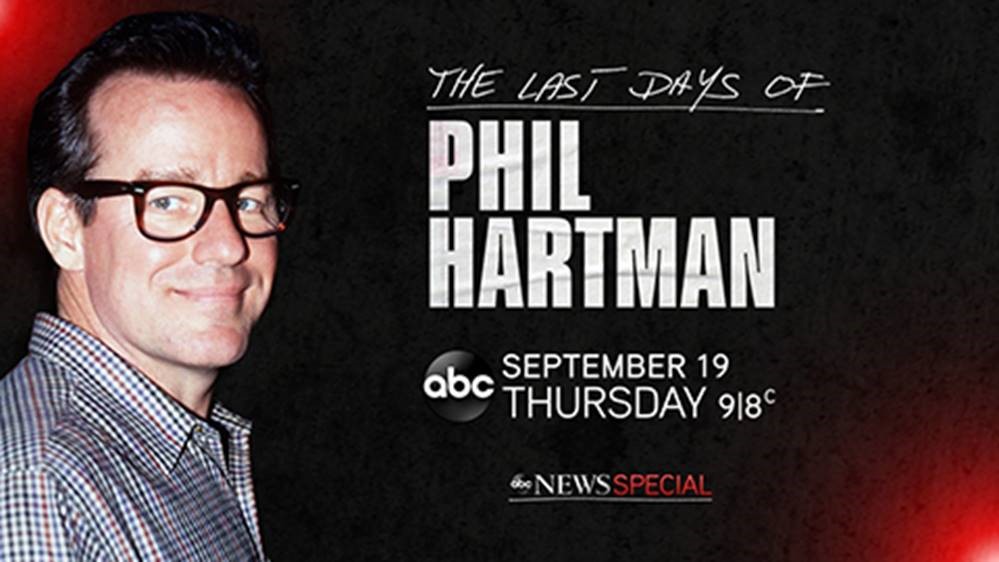 Phil Hartman is best known for his iconic impersonations of Bill Clinton in countless "Saturday Night Live" skits, voicing Troy McClure on "The Simpsons" and starring in the sitcom "NewsRadio." Despite his professional success, Hartman's personal life was far from perfect. In the early hours of May 28, 1998, Phil's wife, Brynn, fatally shot him before she died by suicide. Now, over 20 years after their deaths, a two-hour ABC News television event details Phil's life, legacy and tragic murder. The news special features an exclusive interview with Gregory Omdahl, Brynn's brother, speaking out to set the record straight about his sister; exclusive Hartman family home videos that give a rare look into the lives of one of Hollywood's most intriguing couples; and a never-before-seen interview with Phil.

Friends say Brynn was a wonderful and loving mother, but as Phil's fame rose, the couple's marriage became rocky. Brynn's brother acknowledges she struggled with an addiction to cocaine and spent time in rehab. Phil's friends say he told them the two frequently fought, and a confidant of Phil's claims he said Brynn needed to be restrained on occasion. Brynn's friends say her frustration stemmed from Phil's demanding work schedule, his failure to spend more of his downtime with her and their children, and his disinterest in her career aspirations.

After 10 years of marriage and two children together, Brynn shot Phil three times and drove to her friend Ron Douglas' house, where she confessed to the murder. Ron initially didn't believe her, but when he arrived at the Hartman home with Brynn to check, he discovered Phil's body and called 911. Brynn locked herself in the bedroom and made one final call to her sister before dying by suicide. At the time of the murder, according to the toxicology report, Brynn was drunk and had cocaine and Zoloft in her system. The couple left behind daughter, Birgen, and son, Sean.