"The Little Mermaid Live!" is Coming to ABC Tuesday, November 5!

The Wonderful World of Disney Presents The Little Mermaid Live! Auli'i Cravalho, Queen Latifah and Shaggy will star in an upcoming live production. To honor the 30th anniversary of one of the most beloved Disney films of all time, The Wonderful World of Disney and ABC are proud to present a spectacular, live musical event showcasing "The Little Mermaid." The classic film will be reimagined for a live studio audience and will air TUESDAY, NOV. 5 (8:00 – 10:00 p.m. EST), live on ABC. Watch on the ABC app from your smartphone and tablet (iOS and Android), computer on ABC.com and connected devices (Roku, AppleTV and Amazon Fire TV). 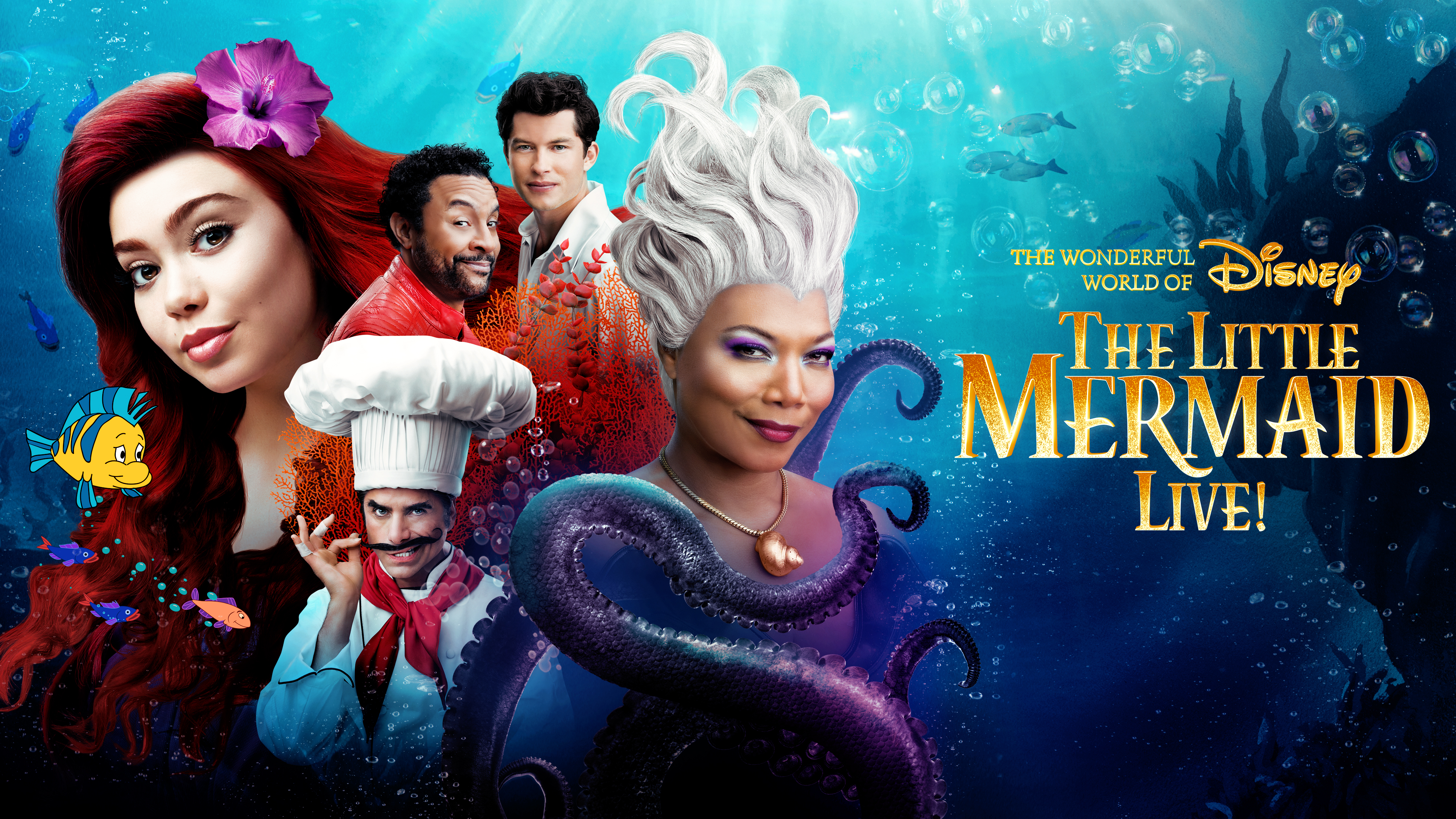 This special tribute to the original animated classic and its timeless music will take viewers on a magical adventure under the sea as live musical performances by a star-studded cast will be interwoven into the broadcast of the original feature film. This never-before-seen hybrid format will feature beautifully intricate sets and costumes, with music from the original animated film and the Tony Award®-winning Broadway stage version, originally composed by eight-time Oscar®-winning composer, Alan Menken. Howard Ashman's iconic film lyrics will also be showcased, while lyricist for the Broadway adaptation, Glenn Slater, will contribute to the star-studded spectacular.

Following her breakout role as the voice of Moana in the Walt Disney Pictures film "Moana," Auli'i Cravalho will make a splash as Ariel in the live studio production of "The Wonderful World of Disney presents The Little Mermaid Live!" Oscar®-nominated, and GRAMMY®, Golden Globe® and Emmy® Award-winning R&B artist, actor and producer Queen Latifah is set to play Ursula. Renowned reggae musician, singer, DJ, actor and GRAMMY-winning artist Shaggy will voice the beloved crustacean, Sebastian, in this musical reinterpretation. Following his performance as Chef Louis in the Hollywood Bowl production of The Little Mermaid, John Stamos will reprise his role as the eccentric French cook. Also, Graham Phillips, known for his work on The Good Wife, will return to his live theater roots in the role of Prince Eric.

"The Wonderful World of Disney presents The Little Mermaid Live!" is produced by Done+Dusted. Executive producers include Done+Dusted's Hamish Hamilton, who will also direct, Katy Mullan, David Jammy, Raj Kapoor and Ian Stewart. Also executive producing is Richard Kraft, producer and director of the acclaimed Hollywood Bowl productions of "The Little Mermaid" and "Beauty and the Beast."