TIME and ABC team up once again to celebrate this year's most influential people and, for the first time ever, bring viewers inside the exclusive TIME100 Gala with the special television event, "TIME100: The World's Most Influential People," airing SUNDAY, JUNE 12 (8:00-9:00 p.m. EDT), on ABC. Actor Simu Liu hosts the TIME100 Gala and one-hour special, which features musical performances by Mary J. Blige and Miranda Lambert, and appearances by members of the iconic list of the most influential people in the world including Ahmir "Questlove" Thompson, Quinta Brunson and others. Additional performers, guests and details will be shared in the coming weeks. 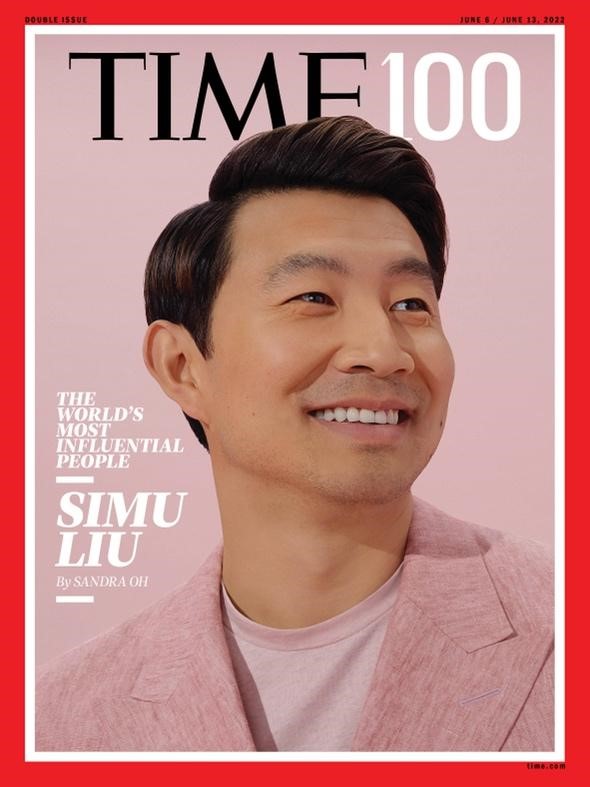 "TIME100: The World's Most Influential People" is created by TIME Studios, the Emmy® Award-winning film and television division of TIME, produced in partnership with P&G, and presented by exclusive premier partner Cadillac and signature partners Booking.com and Citi.

"I'm incredibly honored and excited to be the first-ever host of the Time100 Gala, broadcast on ABC. As an Asian-Canadian immigrant kid who grew up in a suburb outside Toronto, I never imagined that I would one day share a dinner table with some of the most influential individuals in the world," said TIME100 host Simu Liu. "I'm looking forward to speaking about our successes but also about our shared responsibility to use our platforms and our influence to improve the world. I'm grateful to TIME for entrusting me with the opportunity to be an integral part of this special evening."

Simu Liu made history as the star of the first Asian-fronted movie in the Marvel Cinematic Universe in Destin Daniel Cretton's "Shang-Chi and the Legend of the Ten Rings," which garnered him The People's Choice Award for Favorite Action Movie Star.

For five seasons, Liu starred in the CBC/Netflix comedy series "Kim's Convenience," which won the ACTRA Awards for Outstanding Ensemble in 2017 and was also nominated for the same award in 2018. "Kim's Convenience" also went on to win the award for Best Comedy Series at the 2018 Canadian Screen Awards. The first Canadian television series with an all-Asian lead cast, the series chronicles the day-to-day micro-dramas encountered by a Korean immigrant family that runs a corner grocery store.

Liu's first major role was on the critically acclaimed OMNI crime drama "Blood and Water," the first trilingual series (English, Mandarin and Cantonese) produced by Canadian television, for which he received nominations at the ACTRA Awards and Canadian Screen Awards. Aside from his performance on screen, Liu participated in the writing room for the series by contributing in the show's second season as a story editor and as the main writer for one episode.

He will next star alongside Mark Wahlberg in "Arthur the King" and in the film adaptation of Taylor Jenkins Reid's bestseller "One True Loves" opposite Phillipa Soo. Liu his currently shooting "Barbie" with Margot Robbie and Ryan Gosling. His other film and television credits include ABC's "Fresh Off the Boat," "Awkwafina Is Nora from Queens," NBC's "Taken" and Amazon's "The Expanse."

Born in Harbin, China, Liu immigrated to Canada at the age of 5 and is fluent in Mandarin. He is currently developing long-form projects under his 4:12 Entertainment banner through which he has previously directed, produced and optioned content for film and digital. Liu's memoir, "We Are Dreamers: An Immigrant Superhero Origin Story," was most recently released by HarperCollins in May.

TIME is a global media brand that reaches a combined audience of more than 100 million around the world. A trusted destination for reporting and insight, TIME's mission is to tell the stories that matter most, to lead conversations that change the world and to deepen understanding of the ideas and events that define our time. With unparalleled access to the world's most influential people, the immeasurable trust of consumers globally, an unrivaled power to convene, TIME is one of the world's most recognizable media brands with renowned franchises that include the TIME100 Most Influential People, Person of the Year, Firsts, Best Inventions, World's Greatest Places and premium events including the TIME100 Summit and Gala, TIME100 Health Summit, TIME100 Next and more.

From one of the most globally iconic brands, TIME Studios is an Emmy Award®-winning television, film and immersive studio focusing on the development, production and distribution of truth-based premium unscripted and scripted premium storytelling that moves the world. With technical innovation and a brand defining visual language that dates back 99 years, TIME Studios aims to impact communities and the world at large with ideas that forge true progress. Combining the industry's leading creators with TIME, one of the most trusted brands that reaches an audience of over 100 million people globally, TIME Studios is uniquely positioned to bring massive audiences to the world's most impactful stories. Recent projects include, Black Gold (Paramount+), Big Vape (Netflix), John Lewis: Good Trouble (CNN Films), Amazing Grace (Neon), Ricky Powell: The Individualist (Showtime), Mass Effect: The Story of YouTube, Kid of the Year (Nickelodeon/CBS), TIME 100 (ABC) and the first scripted project for TIME Studios, Women of the Year (Amazon).