Helen Mirren has been tapped to narrate "When Nature Calls with Helen Mirren" (formerly "When Nature Calls" WT), a laugh-out-loud, one-hour unscripted comedy series that looks at the lighter side of the natural world. Much like the overall tone of the show, this role is designed for Helen to lean into her comedic talents while taking the audience on a visually enchanting and ridiculously hilarious tour of the animal kingdom. "When Nature Calls with Helen Mirren" has a new premiere date, THURSDAY, JUNE 24* (8:00-9:00 p.m. EDT), on ABC. Episodes will also air the next day on demand and on Hulu. Based on a BBC Studios comedy format, the series features comedians putting words into the mouths of beautiful beasts, teeny-tiny frogs, beatboxing badgers and more in captivating footage from all over the world. "I am excited by the opportunity to reveal the 'true inner lives' of the noble creatures with whom we share the planet," said Helen Mirren. 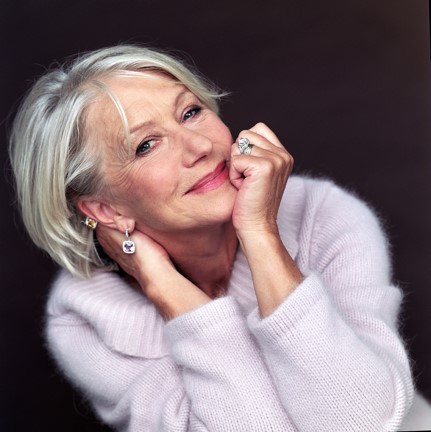 "When you've won an Oscar®, an Emmy® and a Tony®, the only way to further add to your legacy is to narrate 'When Nature Calls with Helen Mirren,'" said Rob Mills, executive vice president, Unscripted & Alternative, Walt Disney Television. "Helen Mirren is without a doubt one of the greatest talents of our time, and we consider it a privilege to bring her iconic voice to this series," said Valerie Bruce, general manager, LA Productions, BBC Studios. "She is the perfect storyteller to take us on this journey as we reimagine the animal kingdom with a comic twist and bring to life the more humorous side of creatures great and small."

Multitalented, award-winning actress Helen Mirren has been internationally recognized and honored with multiple awards for her work on stage, screen and television. She received a Tony Award for her role as Queen Elizabeth II in "The Audience" (2015); an Academy Award®, Golden Globe®, Screen Actors Guild (SAG) Award and BAFTA Award for Best Actress for her portrayal of Queen Elizabeth II in "The Queen" (2006); and her first Emmy Award in 1996 for Outstanding Lead Actress in a Miniseries or Special when she played Jane Tennison in "Prime Suspect: Scent of Darkness" (1996). In 2014, she was honored with the BAFTA Fellowship for her outstanding career in film and honored with the Chaplin Gala career achievement recognition from The Film Society at Lincoln Center. Mirren was made a Dame of the British Empire in 2003. "When Nature Calls with Helen Mirren" is produced for ABC by BBC Studios' Los Angeles production arm. Ryan O'Dowd is the executive producer for BBC Studios. K.P. Anderson is executive producing and showrunning. Brad Stevens and Boyd Vico serve as head writers and executive producers. Helen Mirren and BBC Studios are represented by CAA.