We have reached the Top 14 of this season of "American Idol"! The American audience has spoken, and host Ryan Seacrest announced that 10 contestants automatically made it into the Top 14 thanks to your votes. It was up to judges Katy Perry, Lionel Richie, and Luke Bryan to decide, based on the night's performances, which other four singers deserved to continue on in the competition. So, who got an automatic seat in the Victory Zone, and who had to battle it out for a chance to get out of the Danger Zone and become a Judges' Pick? Read on to find out! 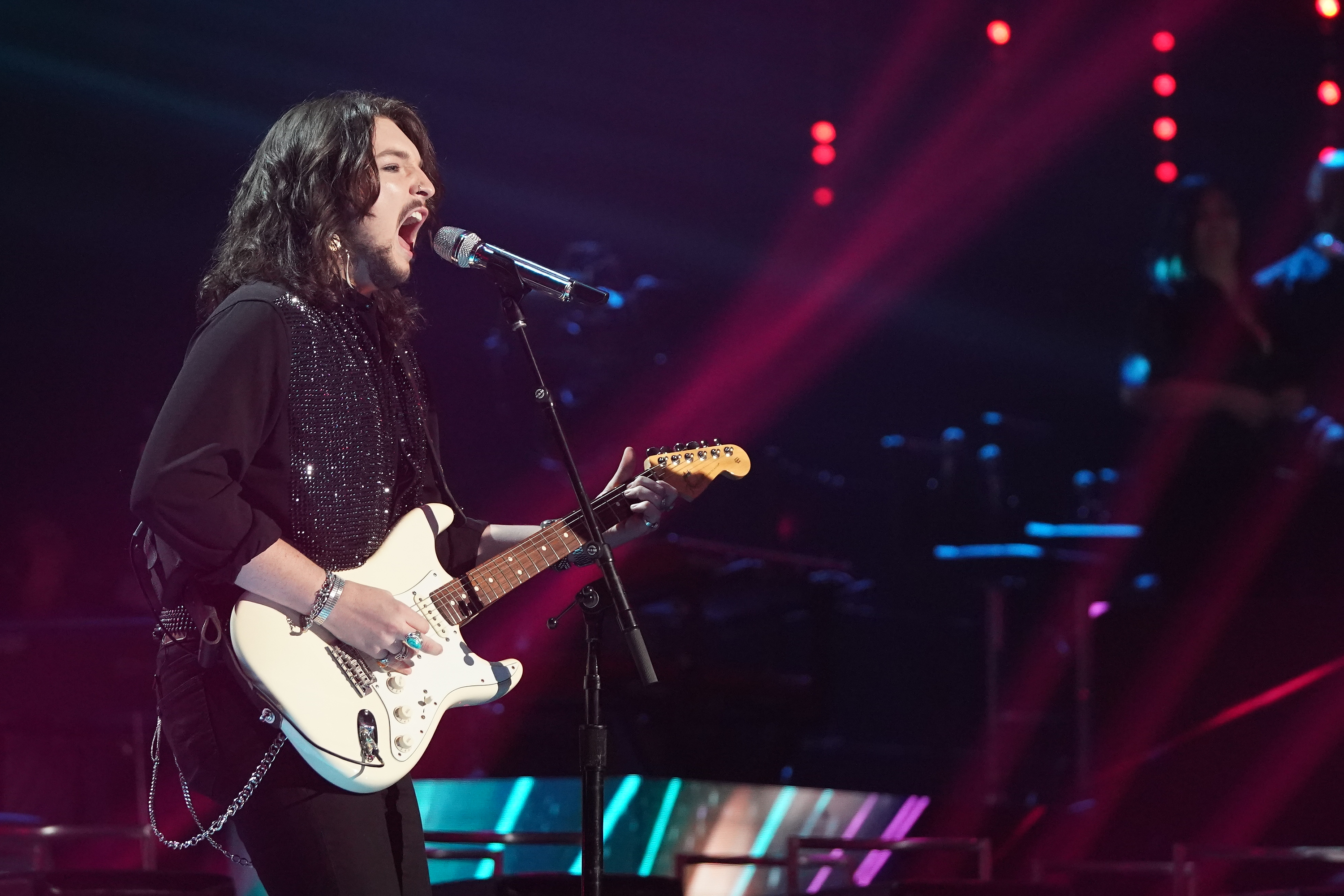 The contestants were able to pick which songs they wanted to bring to the main stage, either by reprising an old performance or choosing something new. As a result, we were treated to a wide range of styles. The following contestants got the audience's pass to go straight into the Top 14:

• Ava was the first the join the Top 14, and she kicked off the night with a cover of Lizzo's "Cuz I Love You"
• Christian joined Ava as an audience pick, waltzing his way to the Top 14 with Radiohead's hit "Creep"
• Lady K celebrated being in the Top 14 with her take on the Jazmine Sullivan's fierce "Bust Your Windows"
• HunterGirl brought her Country touch to the audience picks with Miranda Lambert's "Vice"
• Dan was voted by you into the Top 14, and performed judge Lionel Richie's iconic song "Stuck On You"
• Leah and her guitar followed Dan directly into the next round with the original song that started her Idol journey, "Wisher to the Well"
• Nicolina, who made it three Top 14 contestants in a row, picked Sara Bareilles' powerful "She Used To Be Mine"
• Noah's birthday was a happy one as he joined the Top 14, giving the audience an intimate performance of "Cover Me Up" by Jason Isbell
• Jacob reprised his cover of Katy Perry's "Rise" to show he deserved to make it into the next stage
• Emyrson found out she was in the Top 14, and channeled those feelings into Adele's ballad "Love In The Dark"
• Fritz was the last singer to automatically join the Top 14 and put his unique spin on Harry Styles' "Golden"
The following contestants were vying for the Judges' Picks and the last four spots to the next round:
• Cameron fought to remain in the competition with his soulful rendition of "If It Hadn't Been For Love" by The Steeldrivers
• Allegra channeled raw emotion into her original song, "Tainted"
• Katyrah chose Chaka Khan's legendary ballad "Through the Fire" in hopes of making it through to the Top 14
• Cadence took on the iconic Whitney Houston and her song "I'm Your Baby Tonight"
• Sage battled it out for a Judges' Pick with "Brown Eyed Lover" by Allen Stone
• Jay showcased his vocal range with Imagine Dragons' hit song "Believer" as he sang for his future in the competition
• Elli pulled out her guitar to impress the judges with a heartfelt take on Kodaline's "All I Want"
• Mike performed "Bed on Fire" by Teddy Swims for one of the four remaining spots in the Top 14
• Tristen rocked the audience with "Are You Gonna Go My Way" by Lenny Kravitz to fight his way into the Judges' Picks

After deliberating on their performances, the judges chose Allegra, Jay, Mike, and Tristen to continue their "American Idol" journey, which meant it was the end of the line for Cameron, Katyrah, Cadence, Sage, Jacob, and Elli.

Be sure to tune in SUNDAY at 8/7c on ABC as the Top 14 faces the first coast-to-coast vote of the season!

American IdolNews & BlogsUpdatesAmerican Idol 2022 Episode 12 Recap: Who Made it to the Top 14?