By Ben Watson
Apr 26th, 2022
"American Idol"'s first ever Judge's Song Contest saw a major twist as the Top 11 became the Top 9 — or so we thought. Following Sunday night's eliminations, each Idol hopeful had the choice of three songs —  each selected by Luke Bryan, Katy Perry, or Lionel Richie — to perform for the audience's vote. The performers did not know which judge picked each song, and when a judge's song was chosen, they received a point. Here's the twist: host Ryan Seacrest announced at the end of the night that the judge with the highest points tally would get to save a participant in the bottom two of the voting. This means we have a Top 10 going into next week! So, which songs were performed, which judge won the contest, and who was saved from being sent home? Read on to find out! 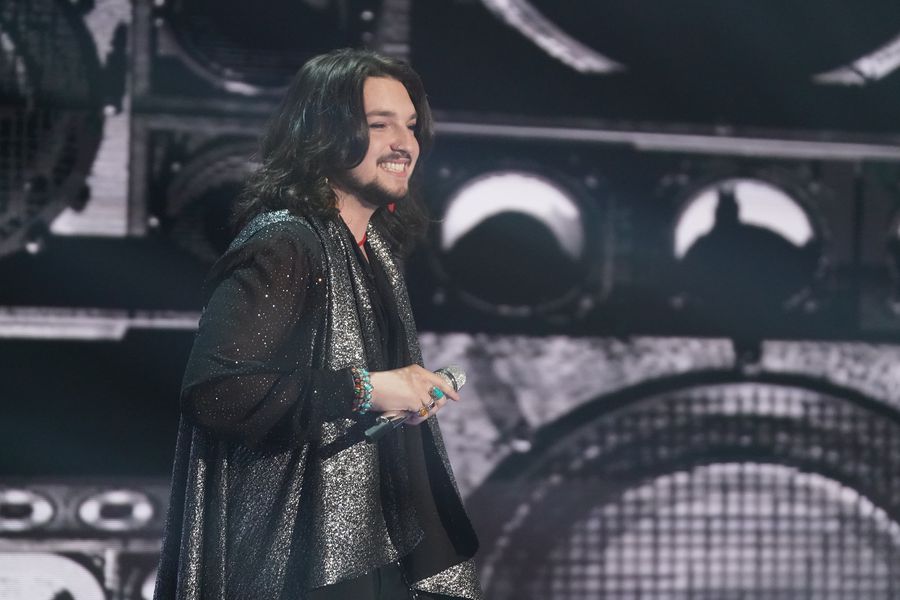 Tristen performs a classic from The Rolling Stones

The competitors each picked from a selection of the judge's songs:

• Nicolina kicked off the night with her version of "Since U Been Gone" by Kelly Clarkson, chosen by Lionel Richie

• Mike stuck to his strengths with "Chasin' You" by Morgan Wallen, chosen by Luke Bryan

• Christian took on "I'm Not The Only One" by Sam Smith, chosen by Katy Perry

• HunterGirl went with the country classic "9 to 5" by Dolly Parton, chosen by Luke Bryan

• Tristen rocked the crowd with "You Can't Always Get What You Want" by The Rolling Stones, chosen by Lionel Richie

After the performances, Tristen and Lady K were revealed to be in the bottom two. As joint winners of the Judge's Song Contest, Katy Perry and Luke Bryan chose to save Lady K, sending Tristen home.

Make sure to tune in again SUNDAY at 8/7c on ABC as "American Idol" heads into Disney Night!