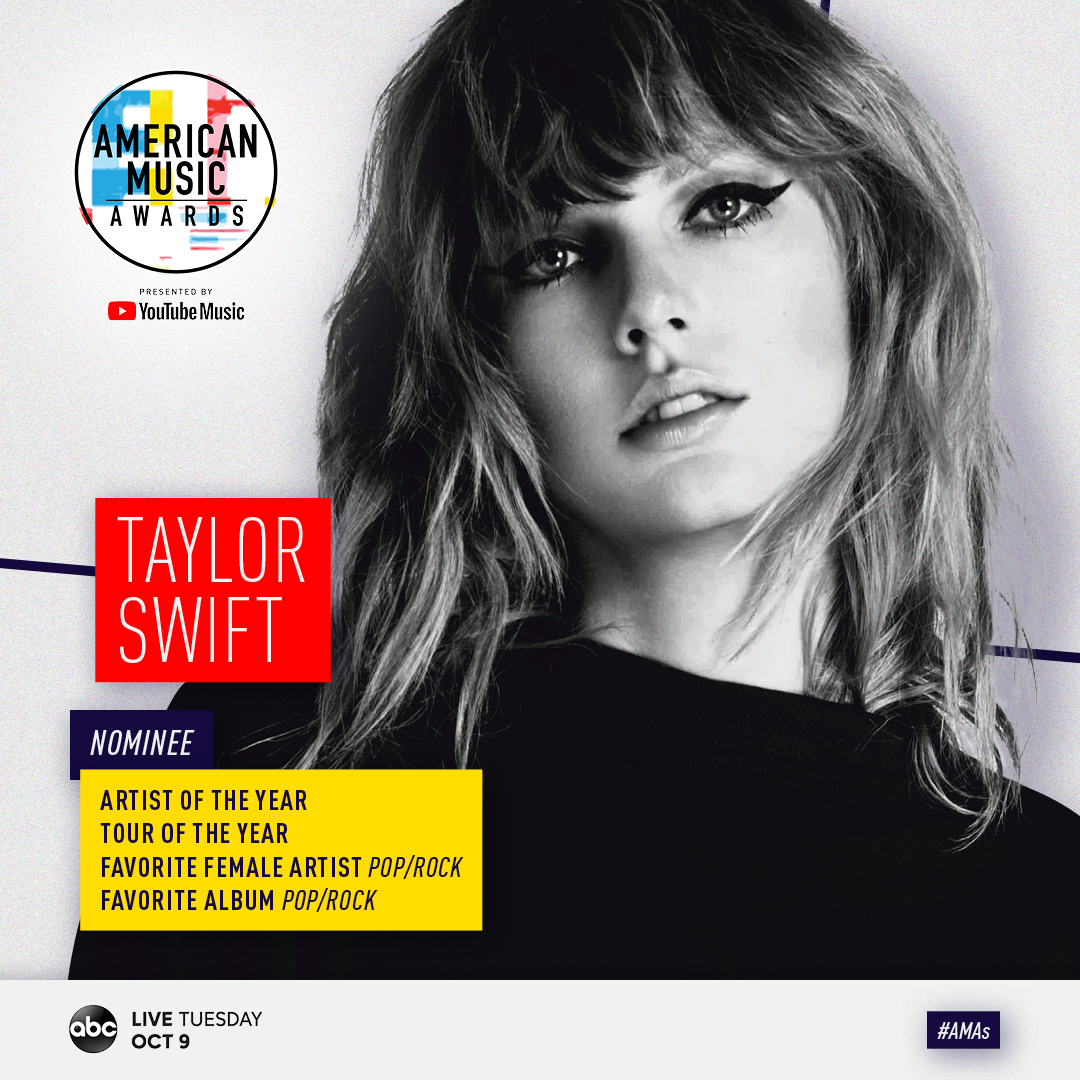 Swift is set to take the stage on the heels of her record-breaking Taylor Swift reputation Stadium Tour in support of the chart-topping and critically acclaimed album of the same name, which debuted at No. 1 on the Billboard 200, marking her fifth leader on the chart. She is nominated for Artist of the Year, Tour of the Year, Favorite Female Artist – Pop/Rock and Favorite Album – Pop/Rock.

The American Music Awards winners are voted entirely by fans. Voting is now open in all categories. For New Artist of the Year presented by Capital One® Savor® Card, Favorite Social Artist presented by Xfinity and Collaboration of the Year, fans can vote for each award 100 times per day, per voting platform in one or both of the ways below. Fans can vote for all other awards once per day, per voting platform. You can cast your votes for the AMAs now by going to voteamas.com or by posting a tweet on Twitter that includes the nominee's name or Twitter handle, the category name, and #AMAs within the tweet.