Created and executive produced by Tim Federle, a screenwriter, novelist, librettist and self-described "musical theatre kid," the series is marked by originality, relatability and a genuine reverence for the worldwide pop-culture sensation "High School Musical." It begins another original, exciting story with both new and familiar songs and settings that both its longtime fans and new viewers can enjoy.

Starring an exciting, multitalented cast, the scripted Disney+ series introduces 10 main characters: Nini, Ricky, Gina, E.J., Ashlyn, Kourtney, Carlos, Big Red, Miss Jenn and Mr. Mazzara – a group of drama students and faculty members at East High, the Utah high school where the original "High School Musical" movie was filmed. Through the course of 10 episodes, these characters count down from auditions to opening night of their school's first-ever production of "High School Musical: The Musical." They have budding romances, faltering friendships and harsh rivalries as they experience the transformative power that only high school theater can provide. 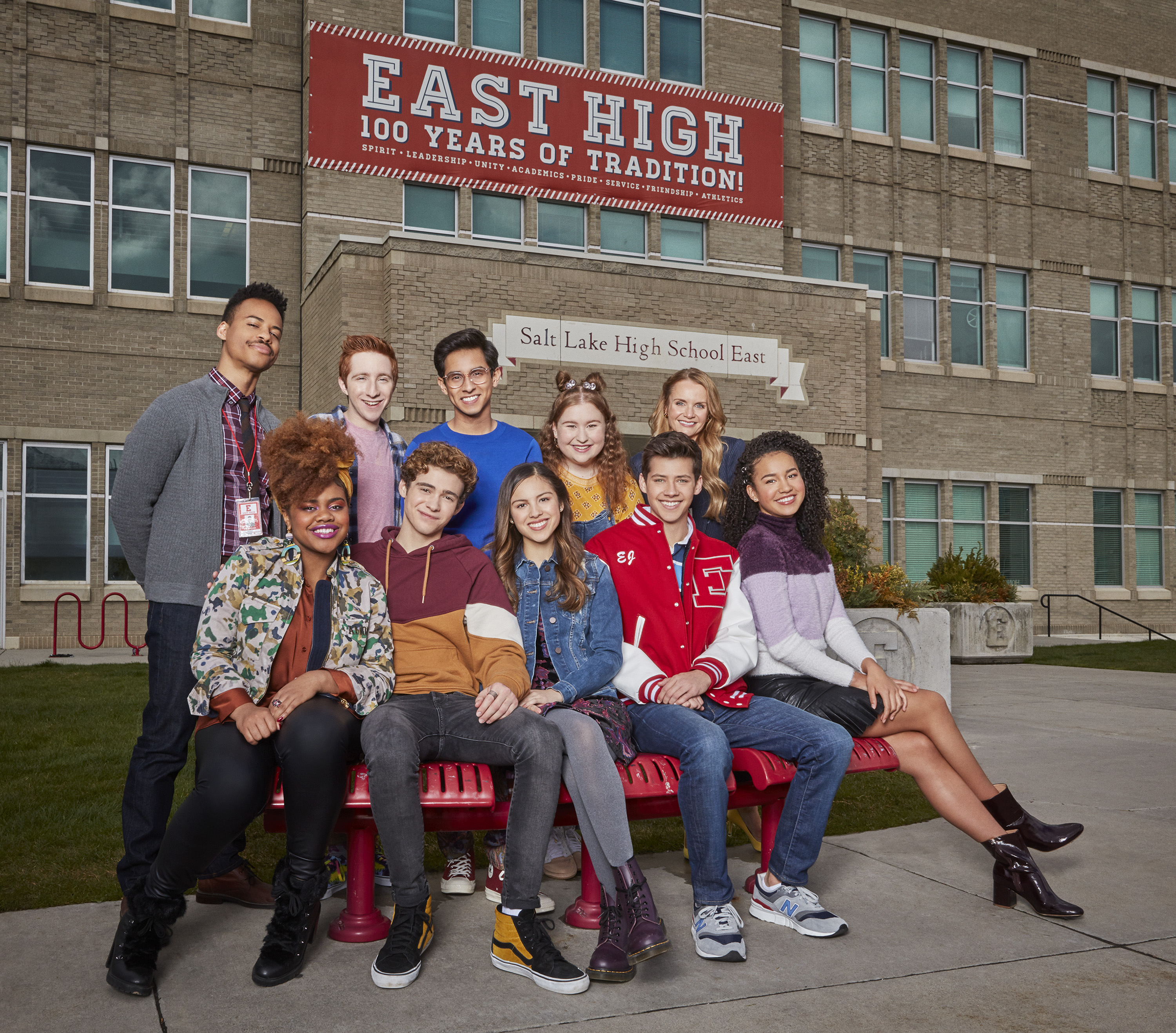 Want to know more about the High School Musical: The Musical: The Series cast? Ricky (Joshua Bassett) is a charismatic teen auditioning for the musical so he can win back the heart of ex-girlfriend Nini (Olivia Rodrigo), who has just returned from summer theater camp with a new boyfriend – and the same insecurities that keep her from owning the spotlight. Miss Jenn (Kate Reinders) is East High's supremely spirited drama teacher, who's convinced that musicals can be lifesavers; Gina (Sofia Wylie) is a transfer student and diehard theater kid with plenty of secrets; E.J. (Matt Cornett) is Nini's new beau from camp, who sees life as a competition and Ricky as his No. 1 foe. Kourtney (Dara Reneé) is Nini's best friend and a fashionista equally obsessed with makeup tutorials and feminism. Ashlyn (Julia Lester) is E.J.'s cousin and an aspiring songwriter; Carlos (Frankie A. Rodriguez) is the student choreographer who has already memorized his Tony Award® speech; and Big Red (Larry Saperstein) is Ricky's best friend, a dude who can best be described as a spiritual descendant of Bill and Ted. Mr. Mazzara (Mark St. Cyr) is East High's by-the-book S.T.E.M. teacher.

Launching on Tuesday, Nov. 12, 2019, Disney+ will be the dedicated streaming home for movies and shows from Disney, Pixar, Marvel, Star Wars, National Geographic and more, together, for the first time. The direct-to-consumer streaming service will offer ad-free programming with a variety of original feature-length films, documentaries, live-action and animated series and short-form content. In addition to "High School Musical: The Musical: The Series" other original programming available at launch includes "The Mandalorian," "The World According to Jeff Goldblum" and "Encore!," and films "Lady and the Tramp" and "Noelle."