Grey's Anatomy fans are not going to have to wait long to meet Andy Herrera (Jaina Lee Ortiz) from the recently announced spinoff Station 19. Announced this morning as part of the TGIT Crossover Event, Jaina Lee Ortiz will guest star as Andy in Grey's Anatomy season 14, episode 13, "You Really Got a Hold on Me" airing THURSDAY MARCH 1 8|7c on ABC. In the episode, Seattle firefighters Ben Warren (Jason George) and Andy Herrera head to Grey Sloan after rescuing two boys that are injured in a house fire. With one of the boys' lives literally in Andy's hands, her skills are put to the test. Meanwhile, the doctors are hard at work on their projects for the Grey Sloan Surgical Innovation Contest; and Amelia Shepherd (Caterina Scorsone) brings Tom Koracick in to consult on her and Alex Karev's (Justin Chambers) patient,

Grey's fans have been hearing Dr. Ben Warren talk about his new job at a Seattle firehouse, and now's their chance to meet one of his co-workers first-hand (you'll get why that's funny later). And you won't have long to wait to meet the rest of the crew, because Station 19 premieres THURSDAY MARCH 22 9|8c on ABC. For even more info on the new drama coming to TGIT, you can check out our Station 19 announcement post on the ABC New Shows site. 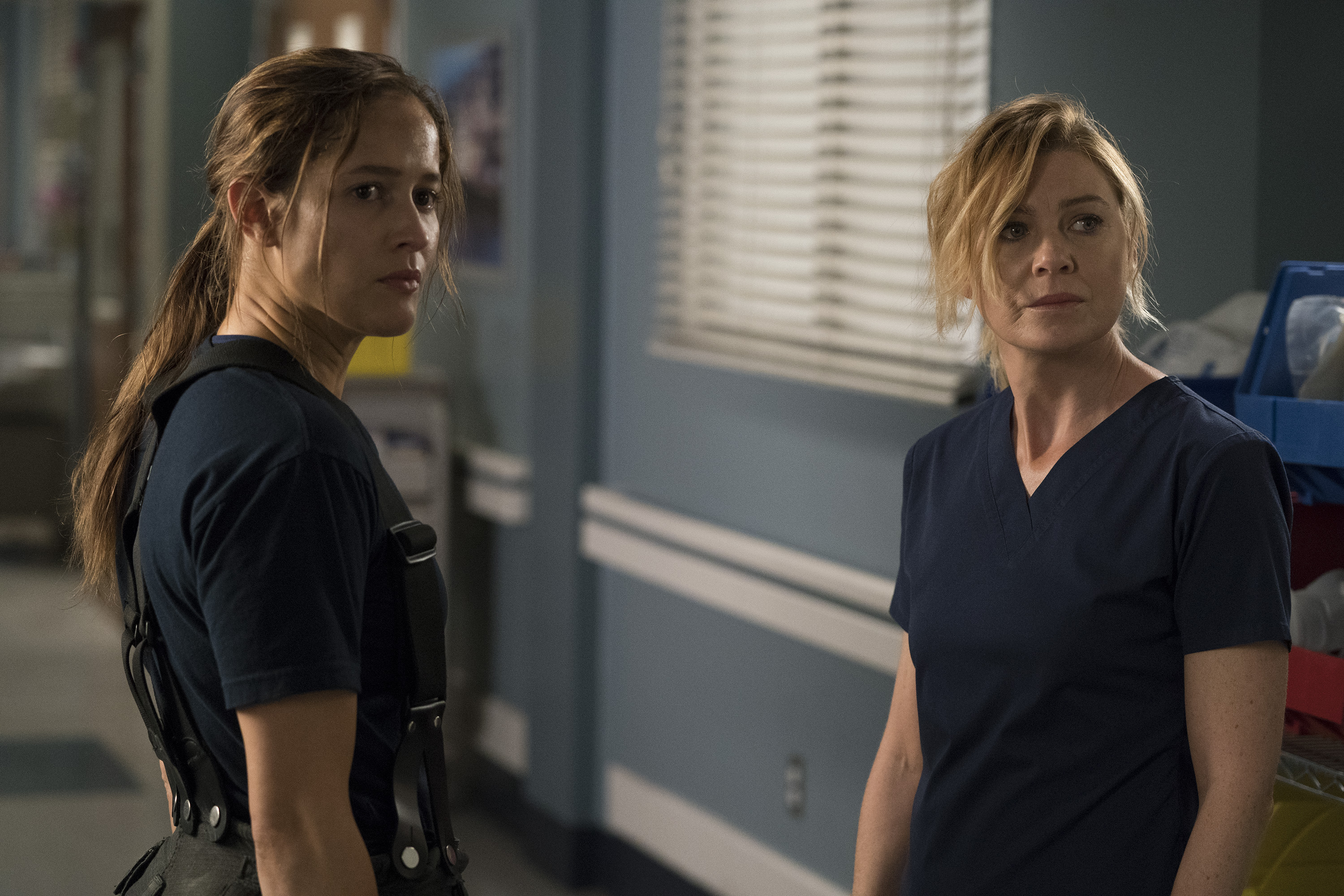 And the TGIT Crossover Event continues on THURSDAY MARCH 1 as Olivia Pope (Kerry Washington) and Annalise Keating (Viola Davis) team up on Scandal and How to Get Away with Murder starting at 9|8c. Share the excitement with your fellow TGIT fans by posting with #TGITCrossover.