Emmy® Award-winning "Live in Front of a Studio Audience" makes its highly anticipated return with a third iteration, featuring live reenactments of the hit series "The Facts of Life," created by Dick Clair and Jenna McMahon, and "Diff'rent Strokes," created by Bernie Kukoff and Jeff Harris. "Live in Front of a Studio Audience: 'The Facts of Life' and 'Diff'rent Strokes'" premieres TUESDAY, DEC. 7 (8:00-9:30 p.m. EST), on ABC.

The one-night-only live event will reunite executive producers Norman Lear, Jimmy Kimmel, Brent Miller, Kerry Washington, Will Ferrell, Justin Theroux and Jim Burrows and will feature an all-star cast with John Lithgow who will play Mr.Drummond, Kevin Hart assuming the role of Arnold and Damon Wayans and Ann Dowd who will play Willis and Mrs. Garrett in"Diff'rent Strokes." The cast of "The Facts of Life" will be named at a later date. 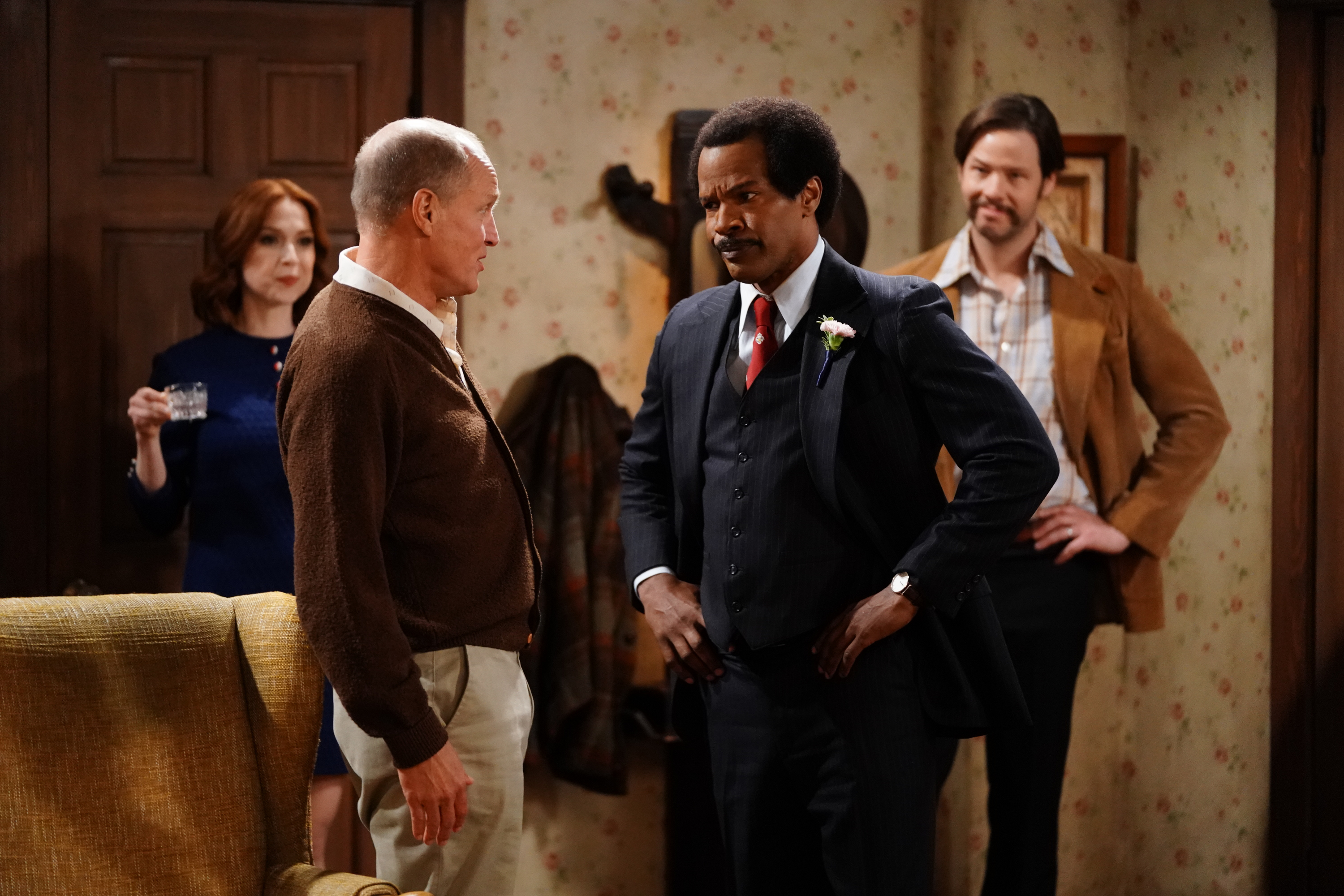 ABOVE: Woody Harrelson and Jamie Foxx as Archie Bunker and George Jefferson in the 2019 "Live in Front of a Studio Audience"

As recently announced, immediately following "Live in Front of a Studio Audience: 'The Facts of Life' and 'Diff'rent Strokes,'" workplace comedy "Abbott Elementary," starring and executive produced by Quinta Brunson, will debut with a special early premiere on TUESDAY, DEC. 7 (9:30-10:00 p.m. EST). The all-new series is then set to air new episodes in its regular time period starting TUESDAY, JAN. 4.

"Other than with my family, there's no place I'd rather be in my 100th year than on a soundstage at Sony with these glorious actors reliving what our company had produced all those years ago and sharing it with the millions of viewers who could use a little laughter," said Norman Lear.

"Thanks, again, to ABC and Sony Pictures Television for supporting our creative conceit and our incredible cast as we try to make what might seem like the impossible possible — once again. I couldn't be more excited to end this year producing a project that supports, promotes and encourages appointment TV with those you care for," said executive producer Brent Miller.

Executive producer Kerry Washington said, "It has been an honor and highlight of my career to collaborate with the legendary Norman Lear, Jimmy Kimmel, ABC and Sony. Part of the magic of Norman's iconic TV series is that they resonate with audiences today just as much as they did decades ago. Reliving and reimagining them feels like pure joy. I keep wondering when this will start to feel like work!"

"'Live in Front of a Studio Audience' has become one of our most anticipated highlights of the year — it brings some of the biggest and funniest stars on the planet together on the same stage, where truly anything can happen, to introduce a whole new generation to 'Diff'rent Strokes' and 'Facts of Life,'" said Craig Erwich, president, Hulu Originals and ABC Entertainment. "Jimmy and Norman have outdone themselves with a spectacular, irreverent and hilarious cast to once again create a can't-miss television event."

"As Norman Lear approaches his 100th birthday, what better way to celebrate him than bringing back these classic shows, 'Facts of Life' and 'Diff'rent Strokes.' It has been such an honor to work with Norman Lear, Jimmy Kimmel, Brent Miller and our partners at ABC on the live specials. We look forward to seeing another stellar cast bring families together and enjoy this exciting format," said Sony Pictures Television Studios President Jeff Frost and Co-President Jason Clodfelter.

The first two installments of the live broadcast television events captivated audiences with its all-star casts recreating episodes of "All in the Family" and "The Jeffersons" in spring 2019, and an additional classic episode of "All in the Family" and the groundbreaking sitcom "Good Times" in winter 2019. The Sony Pictures Television special "Live in Front of a Studio Audience: 'All in the Family' and 'Good Times'" reached nearly 13 million Total Viewers on linear and digital platforms. In addition, the holiday-inspired live event averaged nearly 8 million Total Viewers after 35 days of delayed viewing across all platforms.