Hulu's $7.99 per month ad-supported plan and Hulu's $14.99 ad-free plan offer great entertainment for all. Hulu is the leading and most comprehensive all-in-one premium streaming service that offers an expansive slate of live and on-demand entertainment, both in and outside the home, through a wide array of subscription options that give consumers ultimate control over their viewing experience. As part of Disney's Media and Entertainment Distribution segment, Hulu is the only on-demand offering that provides access to shows from every major U.S. broadcast network, libraries of hit TV series and films – including licensed content available exclusively on Hulu – and award-winning Hulu Originals, both with and without commercials. With Hulu + Live TV, subscribers receive a unique combination of access to 80+ live news, entertainment and sports TV channels from 20th Television, The Walt Disney Company, ABC, NBCUniversal, CBS Corporation, The CW, Turner Networks, A+E Networks and Discovery Networks, as well as Disney+ and ESPN+ included as part of the base plan. Read on to see all the great stuff headed to Hulu in October alone as we celebrate Huluween! 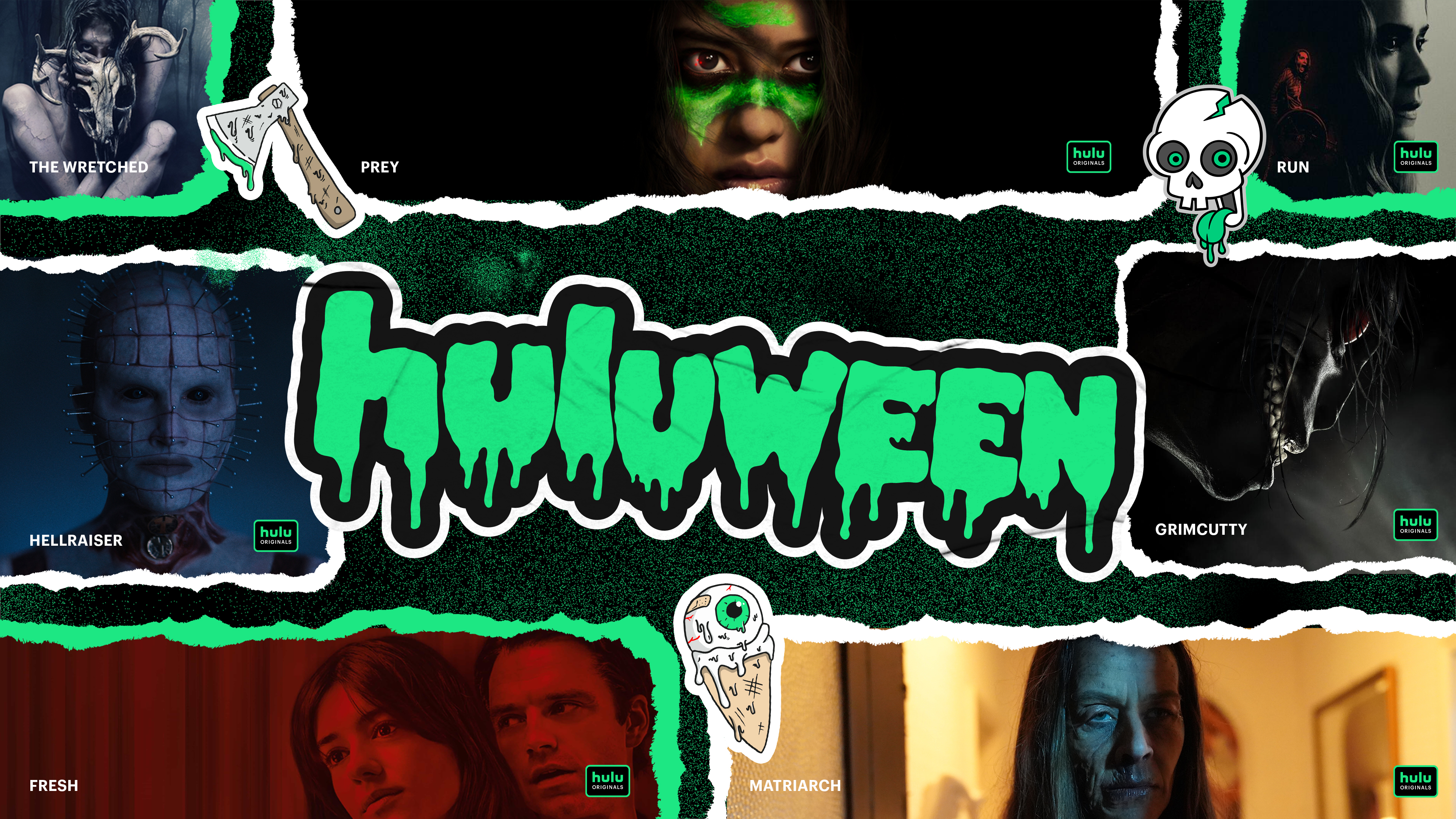 Wondering what's on Hulu? Want to know what's coming to Hulu in October? See what's on Hulu all month long right here! We've got you covered with a complete list of shows, movies, specials and more.Hulu has announced its listings for the month of October, which include a handful of Originals. First up is Huluween Dragstravaganza, streaming Saturday, October 1, in which drag queens Ginger Minj and Monét X Change are trapped in the TV—and the only way out is to host a hilarious Huluween TV special. Joined by a troupe of queens and kings, the hosts will perform original musical numbers, sketch comedy, and more. On Monday, October 3, A Sinister Halloween Scary Opposites Solar Special will prove that alien life can sometimes be spooky. Two days later, the first season of the comedy series Abominable and the Invisible City will continue the wild fun of the Abominable feature film. Yi, Jin, and Peng discover there's a whole magical world to explore, and it's closer than they think. Their city is teeming with magical creatures, and they all seem to need the kids' help. So, the kids and their lovable yeti friend Everest embark on extraordinary, hilarious, and heartfelt adventures throughout China—and beyond!

Hellraiser, streaming Friday, October 7, puts a new spin on Clive Barker's 1987 horror classic in which a young woman struggling with addiction comes into possession of an ancient puzzle box, unaware that its purpose is to summon the Cenobites, a group of sadistic supernatural beings from another dimension. The Huluween chills continue three days later with Grimcutty, a modern creature feature in which a scary internet meme called "Grimcutty" stirs up panic among all the parents in town, convinced it's making their kids harm themselves and others. When a real-life version of Grimcutty starts attacking Asha Chaudry (Sara Wolfkind), her parents believe she's cutting herself as part of a challenge. With her phone taken away and no one who believes her, Asha must figure out how to get through to her parents and stop Grimcutty once and for all.

The Paloni Show! Halloween Special! premieres Monday, October 17. Leroy, Reggie, and Cheruce Paloni get the opportunity of a lifetime to host an unforgettable Halloween Special full of "spooky" shorts from a group of up-and-coming animators.

The Hulu Original Matriarch, premiering Friday, October 21, centers on Laura Birch (Jemima Rooper). After an overdose nearly takes her life, she escapes from the high-stakes pressure of the advertising world to return to her roots. Accepting an invitation home from her estranged mother (Kate Dickie), Laura hopes the time away in the secluded English village will help calm the demons raging inside of her. However, she soon discovers that the locals of the town are all protecting an unspeakably dark secret—one that involves not only her mother, but her own terrifying destiny as well.

Throughout the month, Hulu will add new and classic films and series, including Annabelle: Creation (2017), The Bachelorette (Season 18), Blade (1998), Catfish: The TV Show (Season 8F), Dear White People (2014), The French Dispatch (2021), The Rocky Horror Picture Show (1975), Schitt's Creek (Complete Series), and X-Men (2000), as well as next-day episodes of hits including Grey's Anatomy and Station 19. All the titles coming to Hulu in October are listed below:

Women on the Verge of a Nervous Breakdown (2006)

The Rising of the Shield Hero (Season 2) (Dubbed) (Funimation)