Wondering when a new episode of Grey's Anatomy is airing? Is there a new episode of Grey's Anatomy on tonight, you ask? We have the answers you seek right here. Grey's Anatomy returns all new on Thursday, May 5 9/8c on ABC. The fan favorite is back for Season 18 and every episode of Season 18 so far is now streaming on Hulu. Binge from the beginning, catch up on the latest episode or just watch 'em all again! Grey's Anatomy is considered one of the great television shows of our time. The high-intensity medical drama, now in its 18th season, follows Meredith Grey and the team of doctors at Grey Sloan Memorial who are faced with life-or-death decisions daily. They seek comfort from one another, and, at times, more than just friendship. Together they discover that neither medicine nor relationships can be defined in black and white. Grey's Anatomy stars Ellen Pompeo as Meredith Grey, Chandra Wilson as Miranda Bailey, James Pickens, Jr. as Richard Webber, Kevin McKidd as Owen Hunt, Kim Raver as Teddy Altman, Camilla Luddington as Jo Wilson, Caterina Scorsone as Amelia Shepherd, Kelly McCreary as Maggie Pierce, Chris Carmack as Atticus "Link" Lincoln, Jake Borelli as Levi Schmitt, Richard Flood as Cormac Hayes and Anthony Hill as Winston Ndugu. Season 18 is off to a great start which includes the return of Seattle's favorite redhead as well a dynamic doctor from Meredith's mother's past. Catch up with every episode so far of Grey's Anatomy Season 18 here. No sign in needed for the first three episodes which includes the season premiere. See the lineup of the episodes below and start watching to get ready for Grey's Anatomy's return Thursday, May 5 9/8c! Until then, take a look at what happened in the first 5 episodes of Season 18 below and watch every episode of the season so far on Hulu. 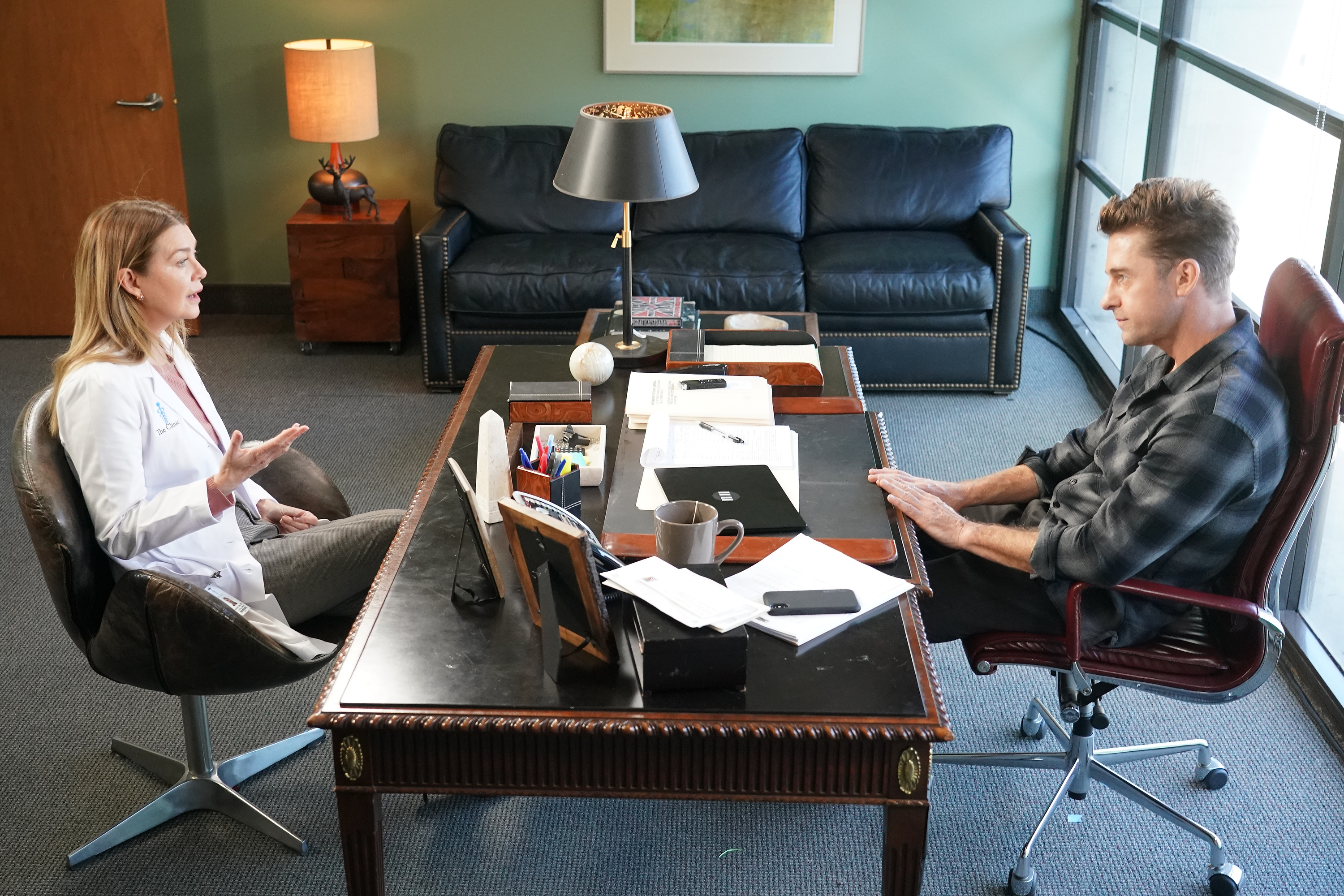 Season 18, Episode 1 "Here Comes the Sun" – As the city of Seattle revels at the Phoenix Fair celebrating the city's rebirth post-COVID, the Grey Sloan doctors treat a patient who encounters illegal fireworks. Meanwhile, Bailey has her sights set on hiring new doctors, but she's having trouble finding viable options. Owen and Teddy attempt to take the next step in their engagement, and Meredith has a surprising opportunity when she meets a dynamic doctor from her mother's past on the season premiere of "Grey's Anatomy." Guest starring is Alex Landi as Nico Kim, Jaicy Elliot as Taryn Helm, Kate Burton as Dr. Ellis Grey, Peter Gallagher as David Hamilton, Abigail Spencer as Dr Megan Hunt, Debra Mooney as Evelyn Hunt and Melissa DuPrey as Intern Sara Ortiz.

Season 18, Episode 2 "Some Kind of Tomorrow" – Meredith seeks advice from Amelia. Meanwhile, Richard is reenergized as he takes teaching to a new level at the hospital, and Winston treats a patient suffering from kidney failure on a new episode of "Grey's Anatomy." Guest starring is Abigail Spencer as Megan Hunt and Peter Gallagher as Dr. David Hamilton.

See a highlight from Grey's Anatomy "Some Kind of Tomorrow" above and watch the full episode on Hulu!

Season 18, Episode 3 "Hotter Than Hell" – Seattle's favorite redhead returns and graces the Grey Sloan halls with her experience and expertise as she attempts to help Richard teach the newest crop of residents. Meanwhile, Meredith has a decision to make, and Link confides in Teddy on an all-new episode of Grey's Anatomy. Guest starring is Jason George as Ben Warren and Kate Walsh as Dr. Addison Forbes Montgomery.

See a highlight from Grey's Anatomy "Hotter Than Hell" above and watch the full episode on Hulu!

Season 18, Episode 4 "With a Little Help From My Friends" – Richard recruits Meredith and Bailey to help him launch a new program. Meanwhile, Addison's patient has complications from a procedure, and Jo helps a woman who goes into premature labor on a new episode of "Grey's Anatomy." Guest starring is Kate Walsh as Dr. Addison Forbes Montgomery, Abigail Spencer as Megan Hunt and Stefania Spampinato as Carina DeLuca.

See a highlight from Grey's Anatomy "With a Little Help From My Friends" above and watch the full episode on Hulu!

Season 18, Episode 5 "Bottle Up and Explode!" – The Grey Sloan doctors spring into action after an explosion rocks Seattle, with the incoming trauma hitting close to home. Owen experiences PTSD after he hears the explosion, while his sister Megan enlists help from Winston and Hayes in confidence. In Minnesota, Meredith and Amelia meet up with a familiar face who assists in their study on "Grey's Anatomy." "Bottle Up and Explode!" was written by Kiley Donovan & Beto Skubs and directed by Lindsay Cohen. 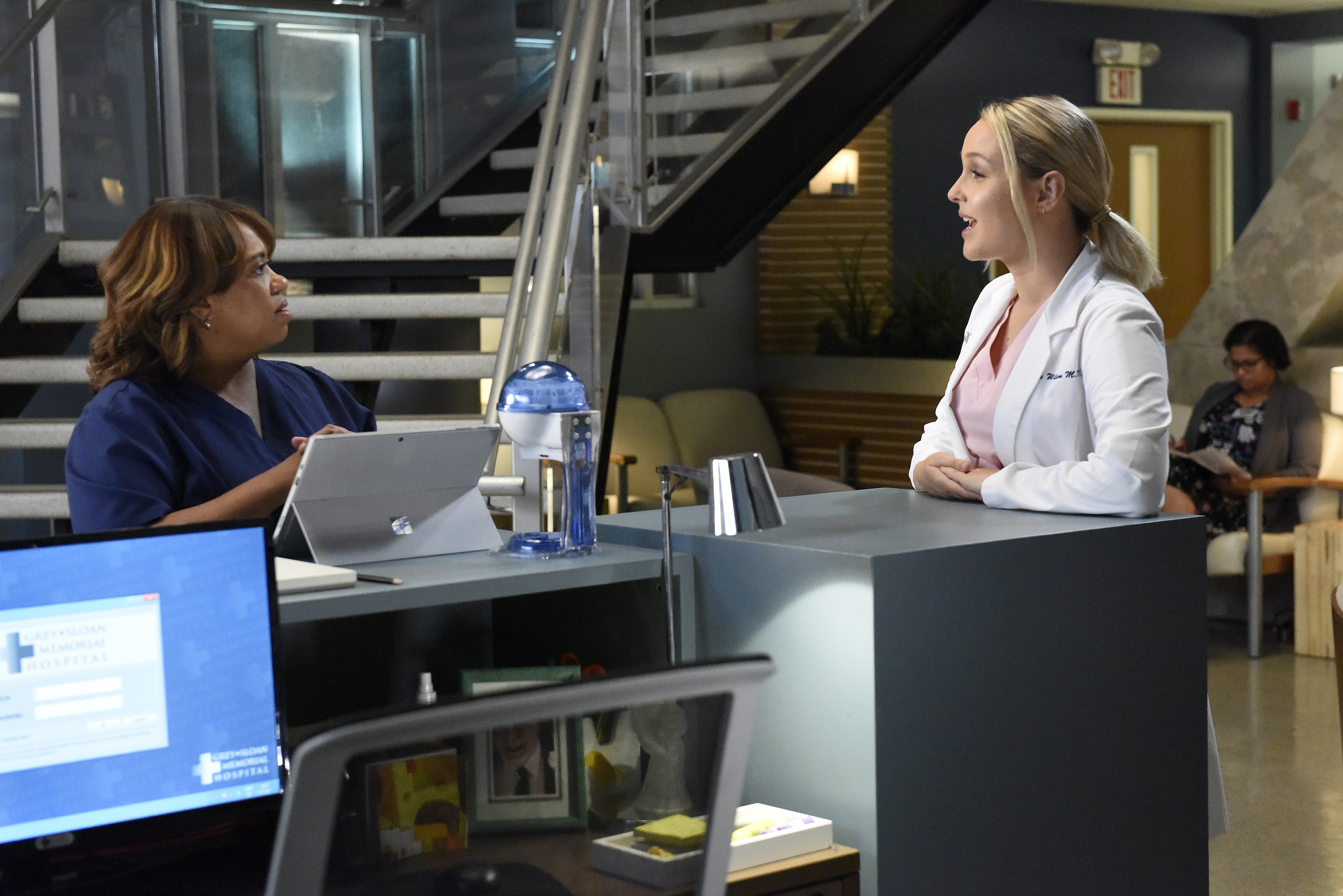 GREY'S ANATOMY RETURNS ALL NEW THURSDAY, MAY 5 9/8c on ABC