Switched at Birth tells the story of two teenage girls who discover they were accidentally switched as newborns in the hospital. Bay Kennish grew up in a wealthy family with two parents and a brother. Meanwhile, Daphne Vasquez, who contracted meningitis and became deaf at an early age, grew up with a single mother in a working-class neighborhood. Things come to a dramatic head when the families meet and struggle to learn how to live together for the sake of the girls. The series stars Katie Leclerc as Daphne, Vanessa Marano as Bay, Constance Marie as Regina, D.W. Moffett as John, Lea Thompson as Kathryn, Lucas Grabeel as Toby, Sean Berdy as Emmett, Gilles Marini as Angelo, with guest star Marlee Matlin as Melody. 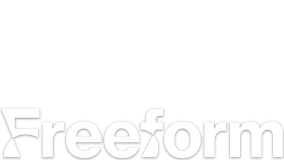 The Secret Life of the American Teenager

Make It Or Break It