Bachelorette Hannah Brown's journey to find love is underway, but even though it's early in the process here on The Bachelorette, her guys are moving fast—really fast. Like, wow-this-might-actually-be-a-problem fast. Did you think you'd be hearing the L word in Week 2? Yeah. It's like that. So who was it that dropped an L-bomb on the proceedings this week? And who created his own romantic 2-on-1 moment with Hannah and another guy? You can stream The Bachelorette 2019 Week 2 here on ABC.com or in the ABC app or read on for this week's highlights!

Take It Off, Boys

The first group date this week let the guys experience a piece of Hannah's past: That's right, it's pageant time. There were two events in the Mr. Right Pageant: talent and the runway. First up was the runway, as the guys slipped into teeny swimsuits and strutted their stuff:

Once the talent portion began, things were a little more tame—that is, until Luke P. took the stage. Luke, you may recall, took home the First Impression Rose during the premiere, and it seems that he feels the same about Hannah, because instead of riding a unicycle or singing Hannah a song, he simply took his time on stage to tell her that HE IS FALLING IN LOVE WITH HER. It's Week 2. Usually Week 6 or Week 7 is when the L word first shows up, but Luke P. is apparently in a hurry. For her part, Hannah believes him, and she's into it. But even professing his love in Week 2(!) wasn't enough for Luke to get the date rose—that honor went to Jed, who flexed his pecs on the runway and then sang Hannah a song for the talent competition.

Tyler G. got the 1-on-1 date this week, and while Tyler was a bit on the quiet side, he was very engaged with Hannah and their conversation seemed genuine and unforced. Hannah recounted how her 1-on-1 with with Colton Underwood in Week 2 of The Bachelor didn't go that well, and that being open and honest is the best policy. She was glad he was able to open up, and he got himself a rose.

Meanwhile, the second group date card shows up at the mansion, and Cam's not on it, meaning he's not getting a date this week. He's upset. The guys on the second group date end up learning that they're about to go head-to-head at a roller derby. Hannah she says the goal for the guys on this date is to "exude joy," not be awesome—which is good, because these guys are GARBAGE at roller skating (except for Daron, who scores approximately 18,000 points by Joey's estimate). But they do often exude joy, so everyone has a grand old time.

Until Cam shows up. Cam, as we mentioned, didn't get a date invite this week. So he takes the somewhat unorthodox step of just inviting himself and showing up at the afterparty for the group date. He was very pleased with his maneuver, but it's a little unclear from Hannah's reaction to his arrival whether she enjoyed it, tbh: 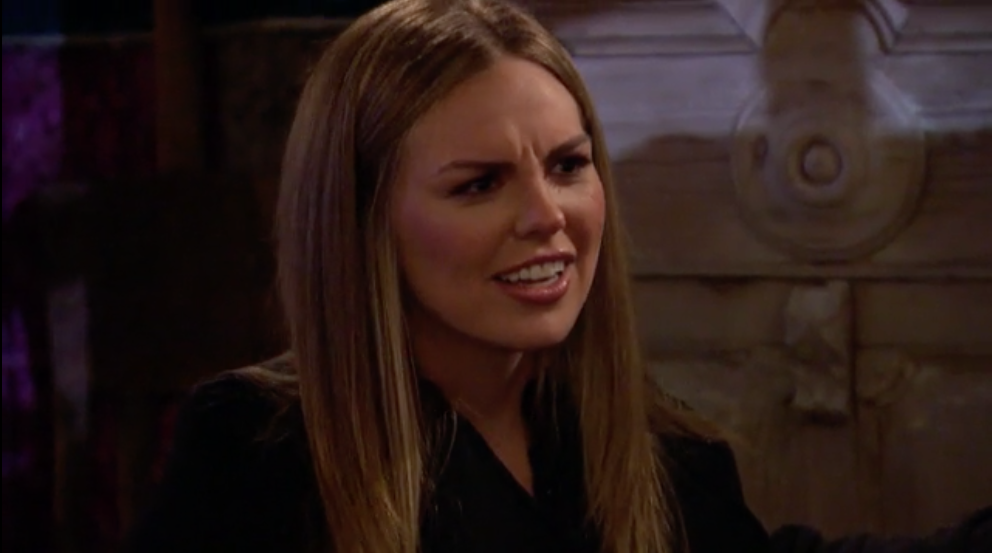 The other guys on the date DEFINITELY didn't enjoy it, and a few of them interrupted Cam doing his on-camera interviews to tell him so:

Cam didn't make any friends, and Dustin, who was vulnerable with Hannah regarding his quiet demeanor during their time together, ended up with the group date rose.

Cam wasn't fazed by the negative attention he'd received the night before—in fact, he leaned into it this time around. When Hannah and Kevin—who was the most irritated by Cam in the clip above—were having some alone time, Cam interrupted again and dragged them to an impromptu date, saying he had something special planned for the three of them:

As viewers, we feel obliged to thank Cam for giving us this brilliantly insane and awkward moment, but we can also see why Kevin was immediately like "@#!& you dude" and threw nuggets in Cam's face.

Elsewhere, Luke P. pulled Hannah into a side room to give her a massage, and then Hannah suggested she give him a massage. Following her lead, he whips his shirt off...and as she's rubbing him, Jed walks in to try to steal Hannah. Stunned, he lingers awkwardly before exiting while mumbling, "That's, uh...that's not super appealing, man..." Hannah is worried she's upset Jed, but to his credit, Jed is cool about it and even cracks some jokes afterward. He says that jealousy never gets you anywhere—and when it comes to The Bachelorette, he's right.

So who went home? Cam had to sweat it out, but he received the last rose of the night, leaving Connor J., Daron, and Matthew roseless and headed home.

But this week, that wasn't the end of the story. After the post-ceremony toast, Luke P. said he was headed to bed...but instead, he snuck into Hannah's on-camera interview. She's surprised, but happy. She sits in his lap and they chat—she says that the "already falling in love" thing seems like it's coming a little soon, and she doesn't want him to get caught up in competition. He assures her that it's all real and that's just how he feels, and then they make out a good long while. "You can trust me," Luke says. And it sure seems like Hannah does.

Will that extra moment of time with Hannah come back to haunt Luke next week? Don't miss The Bachelorette MONDAYS 8|7c on ABC!